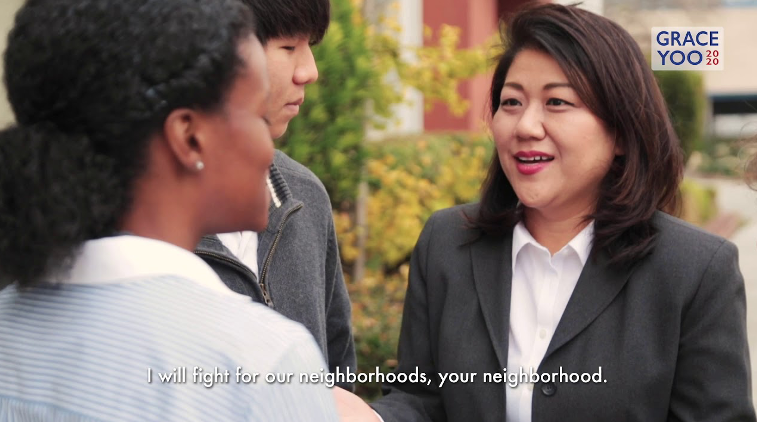 GUEST WORDS-Los Angeles has an affordable housing crisis. It’s not going to fix itself and it’s not going to get fixed until we elect honest leaders with the will and commitment to actively pursue creative solutions with integrity and transparency.

It’s certainly not going to get fixed while corrupt leaders are making back-room deals with developers that result in exorbitant costs and fewer affordable units than should be required.

We need leaders who solve problems, not make them worse. We need leaders who pull residents together and actually lead them to “Yes, In My Back Yard” instead of “Not In My Back Yard.” We can’t think that the solution is in someone else’s neighborhood. To really solve our crisis, we have to look at all neighborhoods and communities and determine what is appropriate in each one. Every City Councilmember has to make affordable housing a priority and must build affordable housing units along with units at the luxury end. They surely have the power to do better than they have. But so far, they have not shown the will. I have the will and drive to make this happen.

As a longtime leader in my community, I know how to bring together people with different opinions to solve problems. I will work with communities so that they support new developments and redevelopment projects because they fit the neighborhood and haven’t just been forced into the existing surroundings by politicians who are in cahoots with greedy developers trying to make as much money as possible. The people who live and work in a neighborhood need to provide input. Then the residents will feel that affordable housing projects are good for their neighborhood and contribute to, not diminish, the quality of life for all.

I want to incentivize developers to build projects that provide different types and sizes of housing: projects that range from tiny 250 sq. feet to larger 1200 sq. ft. units. We need that kind of variety so everyone can find a home that fits their needs and their means. I also want us to be creative about redevelopment. We have old motels, vacant warehouses and other unused buildings that can be converted into housing more quickly than new construction. That’s also less expensive than buying land and building from the ground up. It’s also significantly better for our Earth, as re-use is more green than building a LEED SILVER-certified building.

When we are pursuing the building of new affordable housing, we need strict oversight to make sure unscrupulous developers are not exploiting our crisis. I hear stories about new “affordable” apartment units costing the city more than $700,000 to build in City Council District 10. For one unit! The cost is outrageous and will forever prevent us from being able to actually build enough permanent supportive housing. Again, we need to incentivize developers who can and will bring units to market at costs that are reasonable and sustainable, so that there will be affordable units that people can afford to live in.

One specific cost that I think we can do better at controlling is construction consultant fees. Developers hire these individuals to help streamline the process for them but often at tremendous cost to the taxpayers. The truth is, every aspect of affordable housing cost needs to be carefully scrutinized and the city should always retain the right to veto any contractor hired by a developer of affordable housing units. We need accountability and transparency from start to finish.

In addition to bringing new units to market, we also need to stop the bulldozing of existing low-income housing. This is something that our current leaders have also failed at. Los Angeles used to have a lot more affordable housing. Downtown, for instance, was full of low-income housing known as SRO (Single Room Occupancy) buildings. These SRO buildings were torn down to build luxury apartments and condos without concern about where the low-income residents would then live. Our politicians knew they were making our homelessness crisis worse, but they just kept approving the new expensive developments.

And despite warnings from policy experts and homeless advocates, City leaders continue even now to allow low-income housing to be demolished so new, luxury apartments and condominiums can be built. If we think there is a need for luxury housing in a particular area that currently has low-income housing, then builders must be required to replace the affordable units at the same time as they build luxury ones.

Affordable housing is not a problem just in District 10, where I live, and which I hope to represent on the City Council. We need regional and state efforts to help our local efforts. I will be a tenacious fighter to make housing a priority at every level so that we can finally make a dent in a problem that too many politicians have ignored. We can’t kick the can down the road on this any longer. I will be a force to make real progress that improves the lives of Angelenos.

(Grace Yoo is an attorney and a candidate for Los Angeles City Council District 10.) Prepped for CityWatch by Linda Abrams.