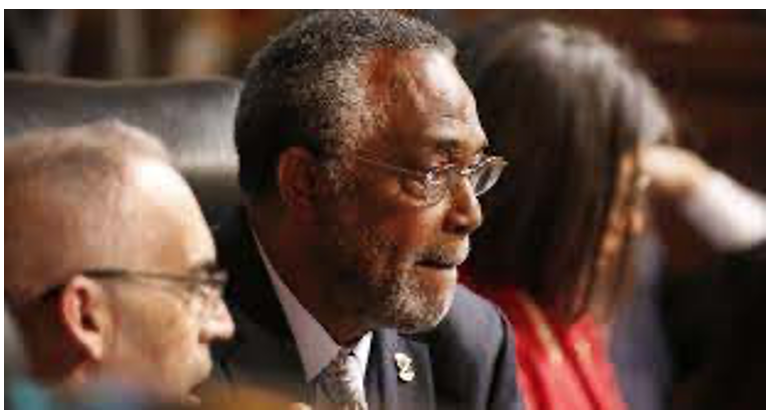 ALPERN AT LARGE--So what is more surprising, that another Councilmember is caught up in a scandal, or that none of us are shocked about it?

Disappointed, of course, but hardly shocked.

After Mitch Englander and Jose Huizar, Curren Price (photo above) is on the hit parade of proving that Los Angeles is high and mighty on the list of corrupt, pay-to-play cities, and that developers and real estate companies are the primary constituents of the City Council and Mayor of Los Angeles, with the tax-paying citizenry relegated to a mere afterthought.

Apparently, a $1.2 billion skyscraper complex just south of Downtown, pushed by developer Ara Tavitian, received permission to install three huge digital billboards on a 12-story building as urged by Councilmember Price, and which was approved in 2016. 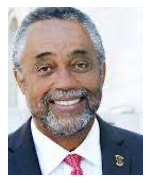 Apparently, there were strong objections from city planning commissioners, but that the digital billboards have already been installed (and are very large and bright), sparking complaints from those who live and work nearby while provid ing a dangerous distraction for drivers (who can clearly see it from the I-10 freeway).

Apparently, Curren Price is a goddamned crook who is being indicted by the FBI for corruption.

Of course, there are no reforms for our benighted City Council, despite a slew of indictments that continue to give the FBI lots of job security exploring pay-to-play corruption in our neck of the woods.

So how should properly-funded and "clean money" campaigns in the City of the Angels be funded? By the taxpayers, of course.

Because the citizenry just can't rely on our elected officials to run clean campaigns without our money.

There's a small third subset, which may or may not actually exist: those City Council and Mayor/Mayoral staff who've not received inappropriate donations from developers, sign/billboard companies, bicycle "advocates" who've gone way beyond the pale of being pro-mobility (and maybe tied to developers), and pro-homeless "advocates" (who also are developers).

And we're supposed to think that all of this is under the category of "good governance", "economic development", "affordable housing", "transit-oriented development", and so on.

And those of us in neighborhood councils are supposed to take ethics courses, thinking that they also apply to the City Council and Mayor/Mayoral staff.

But there's a "price" to be paid for all of this corruption, and that price is exemplified by the inappropriate actions and behavior of Councilmember Price (and his enabling and equally-guilty colleagues): the Environment, Economy, and Quality of Life in the City of the Angels.

But none of us are really surprised to hear about this new development, are we?

And imagine how many of these crooks and miscreants will somehow be re-elected, and/or elected to new offices once they're termed out.

I guess we DO get and deserve the government we vote for.

Because the Price isn't right...yet we're somehow willing to keep paying that Price.

(CityWatch Columnist, Kenneth S. Alpern, M.D, is a dermatologist who has served in clinics in Los Angeles, Orange, and Riverside Counties, and is a proud husband and father to two cherished children and a wonderful wife. He was termed out of the Mar Vista Community Council (MVCC) twice after two stints as a Board member for 8-9 years and is also a Board member of the Westside Village Homeowners Association. He previously co-chaired the MVCC Outreach and Planning Committees, and currently is Co-Chair of the MVCC Transportation/Infrastructure Committee. He was previously co-chair of the CD11 Transportation Advisory Committee, the grassroots Friends of the Green Line (which focused on a Green Line/LAX connection), and the nonprofit Transit Coalition, and can be reached at [email protected]. The views expressed in this article are solely those of Dr. Alpern.)