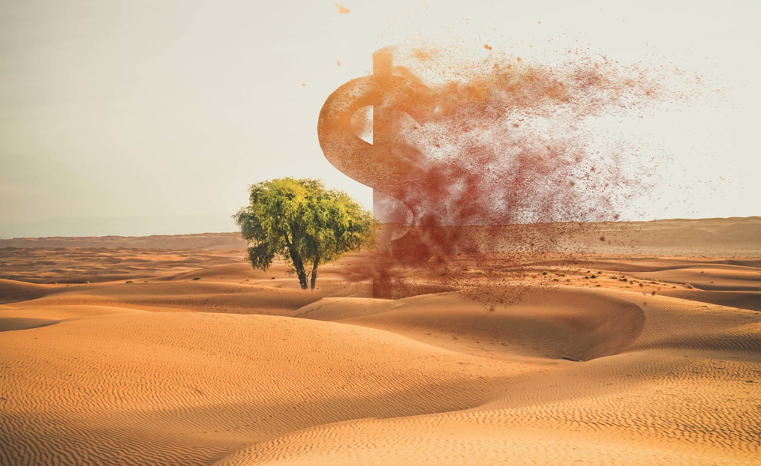 PLANNING WATCH-If you ever feel like the fictional newscaster Howard Beale in Network, who screamed at his television audience, “I just can’t take it anymore,” I have a simple remedy for you.

Spend some time with supply-side dead-enders, and you will be good for another 15 rounds. As I recently discovered, they are chasing a mirage, an illusory formula of zoning deregulation that allows real estate speculators to get rich by building middle class housing. Their belief in the power of market forces is astonishing, especially because they ignore contrary evidence sitting in plain view on nearly every Los Angeles street.

In their inverse universe, long gone public housing programs and social services still exist, successfully resolving multiple housing crises faced by low income residents. For them market forces are not a cause of rent extraction, rent gouging, over-crowding, soaring vacancy rates, rapidly unfolding evictions, living in cars, and homelessness and homeless encampments. They are an untapped solution to the housing crisis.

But their up-zoning scheme is a hoax. It would not result in the construction of missing middle- class housing. Instead, like Wiener’s latest proposals, if their zone changes had any impact at all, they would create an urban dystopia of more expensive housing and more homelessness. Like McMansions and luxury apartments, the price of these new homes would be far beyond the incomes of the evicted, foreclosed, rent gouged, and overcrowded. This miracle cure would lead to more homelessness, increased racial isolation, higher vacancy rates, and the failure of LA’s already strained infrastructure and public services. A closer look at this sham cure explains why.

The hard numbers tell the full story. In Los Angeles the average monthly rent for a small, 792 square feet one-bedroom apartments is $2,524 per month. In Venice, where these dead-enders live, one-bedroom apartments rent for $3,500 per month. Since a family-oriented, fourplex apartment would need to be at least 1200 square feet, the rent would be proportionally higher, closer to the price of an existing fourplex or, more likely, a new Small Lot Subdivision town house. According to the LA Times, these small town houses sold for $800,000 to $1.5 million in 2018. They currently rent for about $7,600 per month, not quite a middle-class price.

To say the least, whether old or new, these fourplex apartments are beyond the reach of the millions in Southern California who are either priced out of housing, paying more than 30 percent of their income for shelter, or on the verge of homelessness. To stay within the 30 percent of income limit, renter(s) would need an annual after-tax income of $160,000 for an old fourplex apartment. This amounts to $77 per hour after deductions. As for a new fourplex unit, the annual rent would be at $96,000, requiring a net annual income $320,000 per year ($154/hour).

Of course, contractors could reduce the square footage of new fourplex apartments to reduce rents, but their rentals would no longer meet the needs of families, the purpose of middle-class housing.  Even then these fourplex apartments would still be expensive since a modern one-bedroom unit in the same midcity neighborhood rents for $2,400 to $2,800 per month. The means that a small apartment requires a net annual income of $112,000 ($54/hour) to remain within the 30 percent income threshold. 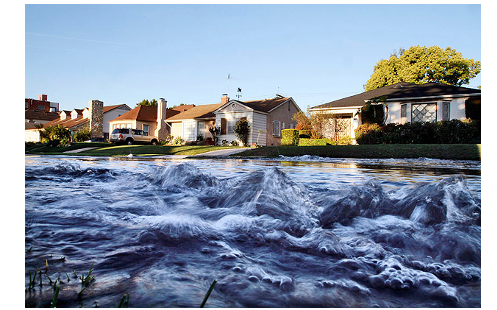 Another water main break in the Beverly-Fairfax neighborhood.

One alternative, increasing wage levels so those in the grips of the housing crisis can finally afford to rent or buy the growing number of vacant houses and apartments might work. In California the minimum wage would need to rise to $37/hour, a rate that developers and both major political parties oppose.

A second option is restoring public housing and public housing subsidies. During the New Deal the Roosevelt Administration created the Federal Housing Authority because the Depression era private housing market could not provide shelter to the bottom quarter of the population. The difference between then and now is that private real estate developers are unable to provide affordable housing to one-third of the U.S. population.

In Los Angeles, in fact, 58 percent of the population was housing cost-burdened in 2017, spending more the 30 percent of their income on housing. Nationwide, pre-Pandemic, about 1/3 of the U.S. population was cost-burdened. In light of the Pandemic’s worsening housing crisis, it would cost the Federal government $15 billion per month to keep everyone housed and spending 30 percent of his or her income on shelter. This amounts to $180 billion per year, or 14.4 percent of the $1.25 trillion per year the Federal government spends on past, present, and future wars.

Is this solution too expensive?  $180 billion is not cheap, but a bargain when compared to the $6 trillion that Congress and Federal Reserve Bank have ponied up (so far) for COVID-19 rescue packages.

(Dick Platkin is a former Los Angeles city planner who reports on local planning issues for CityWatch.  He serves on the board of United Neighborhoods for Los Angeles (UN4LA) and is co-chair of the new Greater Fairfax Residents Association (GFRA). Please email comments and corrections to rhplatkin@gmail.com or via Twitter to @DickPlatkin.  Prepped for CityWatch by Linda Abrams.