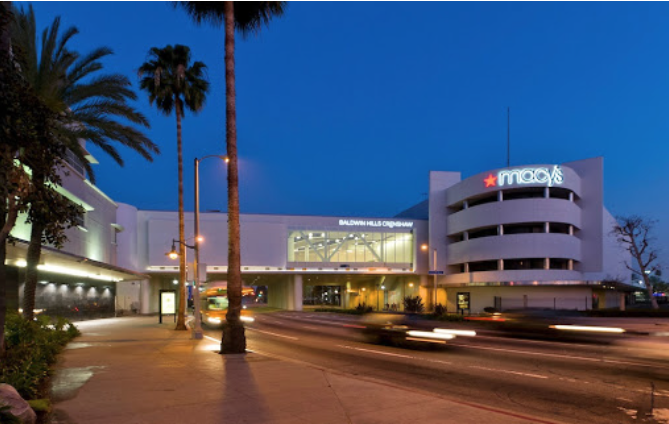 SOUTH LOS ANGELES--Bowing to community pressure, CIM Group backs out of its agreement to purchase the Crenshaw Mall, the iconic center and economic anchor of Los Angeles' Black community.

South Los Angeles, CA - A powerful and diverse coalition of housing justice organizers, community organizations, business and civic leaders, and former elected officials has beaten back CIM Group, one of the most powerful real estate companies in America with strong ties to President Donald Trump and his son-in-law Jared Kushner. In an epic fight over control of the most significant and iconic shopping center in Los Angeles' Black community, the Baldwin Hills Crenshaw Plaza, CIM Group has agreed to terminate its agreement to purchase.

On April 29, CIM Group announced it had entered an agreement to purchase the historic Crenshaw Mall, the economic anchor of the Black Los Angeles community, which had been quietly for sale since 2018, and intended to redevelop it into an office campus, like the Westside Pavillion, to attract Big Tech as part of their process of gentrifying the Crenshaw community. After an intense 6-week community opposition campaign, in the late hours of June 14th CIM announced their decision to back away on their Instagram page:

"CIM has concluded that the community, the Mall, and CIM are best served by us stepping aside."

"This is a tremendous Black victory and a testament to the power of our community," said Damien Goodmon, Executive Director of the Crenshaw Subway Coalition.

After the proposed purchase was announced, Goodmon spearheaded the strategy and campaign to: 1) attack CIM Group and the entity selling the mall by highlighting the role of public pension funds - the investors involved in the sale, and 2) bring together a powerhouse team of community-centered developers to compose an alternative proposal for the community to buy the mall and to launch a fund to buy properties around the mall. That alternative plan and process, dubbed Downtown Crenshaw quickly earned the support of over 150 community organizations and leaders and generated over 10,000 signatures in just 14 days.

"Once it became clear that we were going to apply a lot of pressure on the chief investors of CIM, the public pension funds, by exposing how their treacherous business relationship is harming the very public whose money is being used, I think CIM had to reassess the deal,” said Jackie Ryan, the former president of the Leimert Park Village Merchants Association.

"When our community comes together, we can achieve anything," said Akili of Black Lives Matter-Los Angeles, and the founding board chair of Liberty Community Land Trust. “The breadth of community support and this incredible community victory is a testament to the power of the vision behind Downtown Crenshaw and our ability to organize both in the streets and in the halls of power.”

Former L.A. City Councilmember Robert Farrell along with Akili, Goodmon and current/retired public employees began to speak at the pension fund boards and publicly highlight the role of their investment in the gentrification and displacement of Black community. "We intend to continue the dialogue with the pension fund boards and our allies in labor about how the trillions of dollars in pension fund investments can be redirected away from gentrification and towards community stabilization.”

Goodmon continued: “This fight on the mall pushed us to make public what we’d actually been working on for the past year: the launch of an impact fund to acquire apartments and single family homes in our community to take them off the speculative real estate market to place them into the Liberty Community Land Trust to make our community permanently affordable to us. With appropriate investment we can ensure that the residents who make up this unique community can stay in their homes and new housing is built that is affordable for us. It’s the only way we save Black L.A.”

"This is the most exciting, groundbreaking and transformative work I’ve witnessed in generations," said Farrell. “I’m so very pleased to see everyone coming together to support this powerful vision. I’m confident that the mall will soon be in community hands and redeveloped using the principles of community wealth building, and that the Liberty Community Land Trust through the stabilization fund will help relieve the displacement pressures on this incredible community.”

The Downtown Crenshaw team will have a virtual community meeting to discuss next steps today at 6:30 pm Pacific. It will stream live on Facebook at http://fb.me/downtowncrenshaw

Black Lives Matter-LA, Crenshaw Subway Coalition and Downtown Crenshaw are leading a Juneteenth Caravan/March on the mall and uplifting the spirit of Grechario Mack who was murdered in the mall due to police violence. The march will begin at 2 pm on June 19th at the intersection of Obama/King.

(Damien Goodmon can be reached at [email protected].)