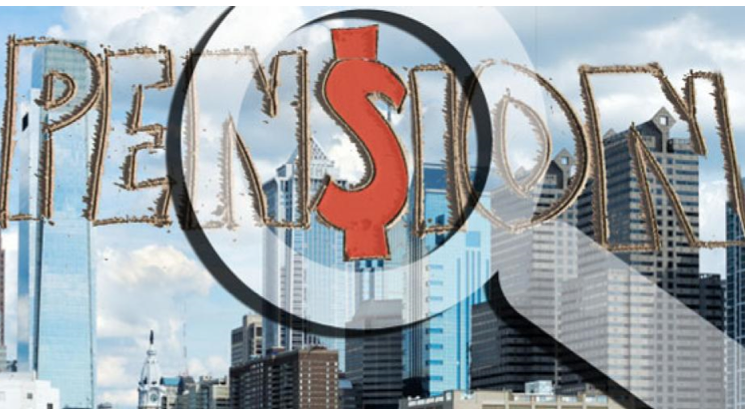 Without a vote. So, thanks to everyone who inundated the Committee with Public Comment. Democracy works.

But not without a fight. I’m going to use the raw transcript of the meeting (it was not available on YouTube as I write this article), so bear with me on misspellings and such.

Staff had a carefully worked out a tack for handling the beneficiaries’ pushback by way of a slew of Public Comments. The Chair had a Staff member named Anne Simpson speak:

“So delegation on the investment committee, what we've done with help from our legal team and enterprise compliance and reviewed by office compliance team is put forward a new draft which holds onto to all of the investment committee authority and responsibilities. There's no change in the delegated power. We've had some colorful comment in the media about this. But the whole purpose of this new draft is to bring clarity about roles and responsibilities.”

Committee Chair Theresa Taylor then provided a reliable echo chamber for the Staff, as she always does.

Unfortunately for staff and the Chair, the plain language of the consent delegation document (7-b)

gainsays their words. If the language was functionally meaningless, why was it proposed? Anyhow, this theme became the mantra to provide cover for the Investment Committee.

Still, some members of the Investment Committee, as well as General Board members Margaret Brown and Fiona Ma, had raised serious questions. At which point the old fixer, Matt Jacobs, rushed in to administratively pull the item without any vote. Or legitimate explanation, for that matter.

The Attack on Margaret Brown, and Muzzling the State Treasurer

For those who don’t follow CalPERS closely, there was a great upheaval last year. Historically, the Board has acted as a Committee of the Whole for Investment matters. But last year it all changed. As reported by the Chief Investment Officer:

Margaret Brown, the California Public Employees’ Retirement System (CalPERS) board member known for her questioning of investment decisions, has been knocked off a reconstituted board investment committee.

Now Margaret Brown, I understand. She probably knows more about investments than most of the CalPERS staff, and is not afraid to ask direct, pointed questions of those investing our funds. As a result, she suffers from what I call the “fail to go along to get along” disease.

Of course, if you believe in fiduciary responsibilities, it is not really a disease, it’s an asset. Looking out for we the beneficiaries of the Plan, just like the law requires.

Margaret just proves the need for independent oversight. Check out these comments by Board member Theresa Taylor:

“Theresa Taylor: Ben, thank you very much. I just want to say, I said earlier that the board and staff works as a team and after hearing commentary, coming to the question our CIO's honesty, et cetera, I want to make it clear that a board member has a right after they ask a general question in open session, especially if it can be interpreted if you go too much into the granular that it is something we can't talk about in open session, which is investment strategy, that they can go directly to the person they asked the question for.

We are board members. It is not like we are members of the public. So, it is really important that the board members work as a team as well. So, I think after Ms. Brown made sure that she coercioned and helped other people -- coerced and helped get other people -- by this last letter record into the record, having people put letters in with misinformation and I'm sorry they were given misinformation because she had every opportunity to talk to Ben, to talk to Marcie, to talk about to Rob, to talk to Henry, the President of the board, she did none of those things. And I think it is incumbent upon us to call on bad behavior when we see it. That is all I'm going to say.”  [Source: raw transcript]

And again, quoting from the Chief Investment Officer:

The state treasurer is part of the CalPERS board under state rules and, in the past, state treasurers have been active in questioning the investment staff about investment decisions. Ma could not be immediately reached for comment.”

John Chiang, former State Treasurer, must be thrilled that he termed out before this mess. My God, the Treasurer of the State of California is dumped off this reconstituted Investment Committee by none other than Henry Jones, who’s claim to fame was misspending the LAUSD into the dump.

We know that public comments made the difference in outcome of this item. The first comment is from Board member Ramon Rubalcava:

…Thank you, Ms. Brown and I am on Mr. Ravacarva. >> Thank you, madame chair. I have a comment and then a question. First, I think enlightening that we are responsive to press and stakeholders comments. There have been some press, somehow, adopting this would -- be a violation of our fiduciary duty but I don't think that can be delegated

...Next one, Adam Riley. Hello, I'm a California voter and I firmly oppose reduction of board investment oversight as a rejection of its fiduciary duty. It doesn't change the fiduciary requirement and board members are subject to being held legally, personally responsible should anything go wrong. It would be a grave mistake for board members to approve this. End email.

...From Darrell Cleveland. Subject, public comment for CalPERS board. I firmly oppose the reduction of board investment oversight as a rejection of its fiduciary duty. We the members and beneficiaries demand our board members represent us in a manner of integrity and prudent fiduciary responsibility. It is imperative and incumbent upon you. Your role is no different than any other elected member in a represented governance and you only drive your role and authority from we, the governed. We want you to maintain our pension -- [indiscernible]. If you could not commit to this demand it is incumbent upon you to resign your board position and clear the path for more committed and clear minded persons -- [indiscernible].

...From Martha don how. I would like to publicly comment about the proposed changed to the Investment Committee delegation residence lesion. The CalPERS staff has had a history of criminal behavior and should press the board with the oversight of -- [indiscernible]. I would ask recommendations should be a reason to dig deeper, not step back as a committee and a board. It should have complete access to information and prompt answers to your questions. Staff works for you and you are for us, the beneficiary. Engage in more, not less oversight of that. Make sure staff can explain and justify what they are doing and planning and who they are doing with it. These are obligations you undertook when you joined the board and it is especially important given the past history of fraud and current economic crisis which is still unfolding. Therefore in regard to agenda item 7b, I urge you to reject these proposed changes that are on a consent calendar.”

It made all the difference, and I hope there’s a message in here about the ability of beneficiaries to ask questions of the Board. It’s obviously in our interests.

Rob Feckner, whose Board tenure harkens back to the bad old Fred Buenrostro and Alfred Villalobos days in 2009, decided to show his class by going on a rant, right in front of god and everyone.

One of the Public Comments was made by David Soares, who among other things is currently part of the California Retired Public Employees Association. Looking at his Public Comment, it said in part:

“I write in strong opposition to proposed -- delegate the board's mandated oversight unqualified unaccountable staff. It has struggled to reach 70% funded status. Staff needs more oversight, not less. Article 16, section 17 of the California Constitution declares that the board administration duty to its participants and beneficiaries should take precedence over any other duty. Each member of this board owes a duty of care to the members and beneficiaries. [Indiscernible]. Fiduciary make reasonable inquiry, entertain good faith belief of a course of action and have no personal interest in the outcome. Any member of this board feels that discharging their constitutional duty is such an

Inconvenience that they must unlawfully delegate that, I request they submit their resignation. I caution the board you are each personally responsible for the discharge of your obligation to act as a fiduciary and it would constitute a theft of public funds to – [indiscernible].”

OK, sounds pretty straightforward. But not to Rob Feckner, whose salary is over 90% reimbursed to the State for his Glazier job, freeing up all that time to do one whale of a job as a CalPERS Board member. No sir, check out Rob’s rants:

“Rob Feckner: It is. Thank you, Madam Chair. First, I want to join in with Mr. Perez and Mr. Miller in their comments. …”

“We -- meeting. We didn't have a board meeting in March, folks. That conversation took place in February. Again there was even more time for anyone to reach out to Mr. Meng and ask for clarifying information. Beyond that, I just can't sit back and watch staff continue to be berated, especially I believe it was Mr. Soars that said unqualified staff. Sir, who give you the ability to say who is qualified or unqualified? These people work hard every day. This is the same staff that has come to work every day during this entire coronavirus outbreak. 20% of them coming to the building every day. Making sure that your retirement checks are paid every month on time. That your healthcare is taken care of. That you are always put in the right place. Protecting you and I want to point out these are all public employees. And you all represent retired public employees. I'm not sure how many of our 2,500 people are going to be willing to join your organization the way you are treating them. Thank you. >> Theresa Taylor: All right.”

So, Rob Feckner, who has almost all of his paid time free to do the business of CalPERS so he can be a wonderful fiduciary -- that Rob Feckner -- is reduced to a personal and nasty ad hominem attack on the RPEA (Retired Public Employees Association) and the character of Dave Soars. Way to go, Rob. Class act.

The good news is that CalPERS’ lawyer, Matt Jacob, read the handwriting on the wall and quickly withdrew Item 7(b), the Consent Calendar Delegation Resolution. I have absolutely no doubt that it was the pushback from beneficiaries in Public Comment that produced the result. Good for the troops.

And when Rob Feckner, who never met a CalPERS staff person he wouldn’t kowtow to, is free to attack a representative of CalPERS Retirees who actually represents the retirees who have to rely on their pension checks for survival, and the Board does nothing, exactly who the heck do you think they are really representing?

If the CalPERS Board wants to consider itself legit, exactly what action are they going to take against a Board member who engages in a personal attack against a stakeholder who actually represents retirees? Do we see an investigation? Action?

Humbug! The hypocrisy is odious and breathtaking.