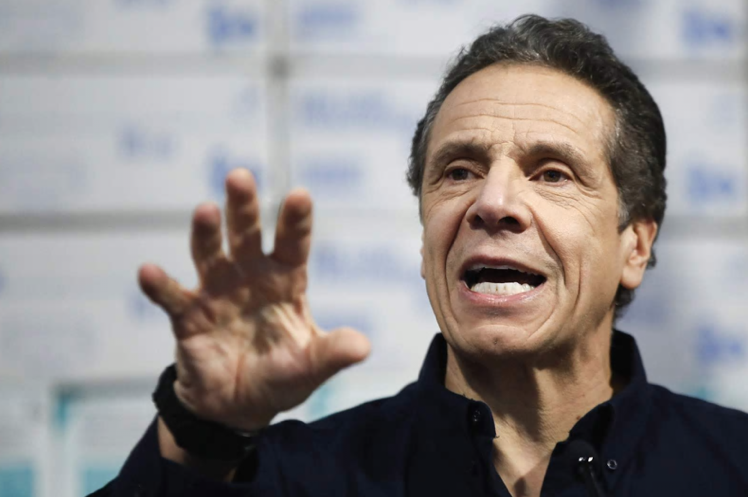 NEWS FLASH-Just as I finished this article, Bernie Sanders announced early Wednesday, April 8 that he is suspending his campaign. While I have changed the Takeaway, I stand by the analysis.

EASTSIDER-As to President Trump’s ostrich approach to COVID-19, the Washington Post nailed it recently in their post, “The U.S. was beset by denial and dysfunction as the coronavirus raged.”

“The Trump administration received its first formal notification of the outbreak of the coronavirus in China on Jan. 3. Within days, U.S. spy agencies were signaling the seriousness of the threat to Trump by including a warning about the coronavirus — the first of many — in the President’s Daily Brief.”

This Bailout Wasn’t for the Troops

Let me give three examples of how the so-called bailouts don’t do much for we the people who don’t have power and influence. First, let’s see how corporations trump people. In a recent post by the blog EmptyWheel, they put it square: “Trump Is Providing Free Advertising for a Bunch of Companies that Don’t Offer Paid Sick Leave.”

Just read the article for the sad, sad truth.

Because of the tremendous growth and inequality over the last couple of decades, [low wage] workers have very few resources or wealth to cushion them in the case of the downturn.

Lawmakers are essentially having to rebuild our social safety net. They’re building the plane as it’s flying. We see other countries in Western Europe still struggling with the economic impact of this health crisis, but not having to start from essentially ground zero.

And as for getting checks to the undocumented and the poor, Congress delegated the authority to California’s Foreclosure King from the 2008 Financial meltdown, Steve Mnuchin. So good luck with that. You can read about his history here.

Third, the idea that the U.S. private healthcare system is the best is BS, as people are discovering the hard way with COVID-19  For example, did you know that about 30% of the Emergency Rooms in the United States are actually owned by Private Equity firms? Yup. Check out this recent article from Naked Capitalism.

Biden is Blah, and So is the DNC

So you’d think with all this madness the Dems would be going for the gold. Instead, the establishment Democratic Party is so freaked out over Bernie Sanders that they don’t seem to care that Joe Biden is not very inspiring as a “man of the moment” to get us out of the COVID-19 destruction of America.

Mostly, we can thank Jim Clyburn for changing the electoral math in South Carolina.

“Former president Barack Obama once said Clyburn was “one of a handful of people who, when they speak, the entire Congress listens,” but it would have been hard to predict just how pivotal Clyburn’s words would prove.

According to Edison Research exit poll data, 56 percent of South Carolina’s Democratic primary voters were African American, and they overwhelmingly supported Biden, who won 61 percent of their vote. (Sen. Bernie Sanders lagged far behind at 17 percent.) Sixty percent of black voters cited the Clyburn endorsement as an important factor in their decision.”

Anyone who has watched the two lukewarm Biden TV appearances recently would be excused for thinking that his outings were less than impressive.

The argument against both Sanders and Warren’s Medicare for All program is that it would be hideously expensive. True. But the real arguments against it had to do with people thinking that they wanted to keep their “private insurance.” And we did just that.

How’s that working for you? In a Medicare for All system, being employed or unemployed would have no bearing on whether you are covered with basic medical care. How about that, furloughed or unemployed employees? Did you just find out that your medical insurance is limited or gone? Faugh!

It turns out that the cost of Medicare for All is going to be a fraction of the total costs of the COVID-19 Pandemic. And Medicare for All would not have destroyed the entire financial system of the United States, which seems to be a stark possibility before all this Pandemic is over. Where are all the financial services industry market manipulators when it hits the fan? Not helping you or me.

While I’m at it, the stimulus deal, as usual, is going to disproportionally screw undocumented workers and the working poor -- they don’t have the direct deposit banking setup that more affluent people do, and will be lucky to see any money within at least six months. Wonder how many will still be alive by then?

C’mon, the Dems knew this when they agreed to the deal. Just as they know that for a whole bunch of socioeconomic reasons, the virus itself is going to wreak more havoc on communities of color.

I have the solution. Andrew Cuomo for President. He’s the only public figure in America that has demonstrated in clear, concise, and believable language (daily no less) concerning what’s at stake, what’s needed, and how to get from here to there. Not just for New York and the tri-state area, but for the entire country.

Unlike his fellow New Yorker, President Trump, Governor Cuomo has put together a tri-state coalition, coordinated with other governors like Washington State’s Inslee, California’s Newsom, and Illinois’ Pritzker. Sounds like the basis for a national program to me.

Not to mention he is looking ahead to how the heck we are going to restart the train wreck of an economy, both for New York, and the Tri-State area.

So if you think about it, he’s already started to work with the other States to do the very things that President Trump and the Congress seem to be incapable of doing. Be honest about how bad things are, provide daily briefings that are open, data driven, and forward leaning, and when you think about it, are scalable.

As I write this, Bernie has just announced that he is suspending his campaign. But he has about 900 delegates against Joe Biden’s 1200. Also, he has pledged to use those delegates (and any more he gets prior to the Convention) to influence the Democratic Party Platform.

I still think Cuomo would be the best candidate, but with the Dems you take what they give you, and if it’s Joe Biden he’s still a heck of a lot better than Donald Trump. Maybe he will find a blend between Bernie and Cuomo. Either way, we’ll see what the Establishment Dems think about “Obamacare for all who want it” as they go through the Convention dance.