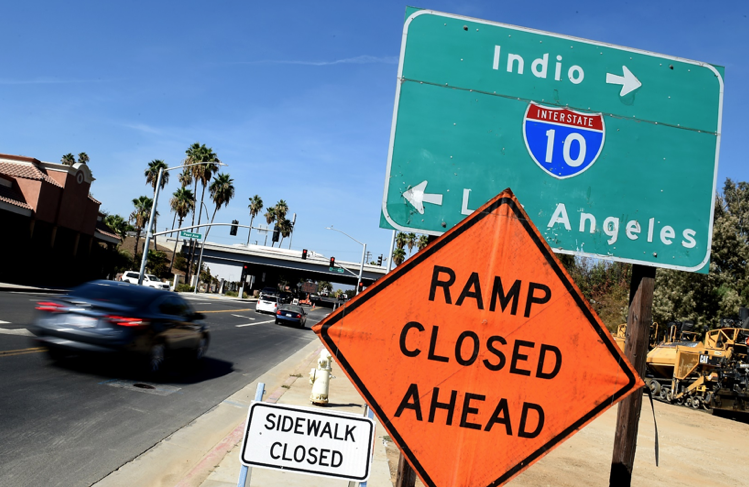 ALPERN AT LARGE:-The rightful analogy of LA City (and County, and by extension the State) Planning to Transportation is one where the earner (Transportation/Infrastructure) gets a 25% raise, and then the spender (Planning) goes on such a shopping spree that the raise is overwhelmed by the staggering, devastating debt that cannot possibly be paid down.

There are some good and excellent ideas and new starts that are being created by transportation. For example, the Expo Line to increase capacity on the I-10 corridor, the Green/Crenshaw/LAX light rail and monorail linkage that will connect LAX to Metro Rail, the Downtown Light Rail Connector to create a coherent light rail network, and the Wilshire and Sepulveda Subways.

And, of course, the widening and upgrading of the freeway system throughout L.A. County and adjacent regions don't get enough highlighting but are arguably used by considerably more commuters than the rail system.

(Similarly, and rather painfully, the question of whether widening the I-5 and U.S. 101 and 99 freeways for the money being spent on the CA High-Speed Rail system would benefit more commuters, and even have better environmental improvements, remains unanswered).

Furthermore, the slow efforts to increase and repair our dams for more water storage, as well as water reclamation projects and electricity/utility upgrades, are now as overdue by decades as are transportation New Starts projects.

But as much as Californians (those of us who still haven't moved away, of course) can't get transportation and infrastructure upgrades fast enough, most of us just don't understand a few things:

2) We don't understand why the LA Union Station Run-Through Tracks to create a coherent and efficient Metrolink network, which is going to start construction, wasn't built first.

3) We don't understand why commuter rail with the CA High-Speed Rail project is being started in far-flung Middle California instead of the Northern California (Caltrain) and Southern California (Metrolink) networks funded first.

4) We don't understand why there's so much air cargo traffic to LAX, and port/freight traffic to our ports, while San Bernardino and Riverside airports (abandoned military airports, for the most part) aren't being utilized more to bypass L.A. County's congested freeways.

5) We don't understand why so much rainwater, when the right rain-laced winters occur, can be dumped into the oceans.

And of course, this all comes down to both new-age "wokeness" and old-fashioned greed. Monied interests eclipse the need of the middle-class, and the youngsters who espouse that two plus two can equal seven (if we imagine hard enough) have taken over planning.

Physics and biology, and of course economics, lie outside "wokeness" and greed. They're cold, they're reptilian, and without sentiment.

In short, they abide. Physics and biology and economics, should California's environment, economy and quality of life get flushed down the toilet of bad ideas, will remain what they were and shall always be.

Those who have been taught critical thinking know this, and the left-brained engineers and social scientists who created California know this:

1) Overdevelopment will never lead to a better environment.

2) Extending downtown-like centers throughout L.A. County will never lead to a better environment.

4) Creating a two-tiered economic state and smashing the middle-class will never create a better economy.

5) And choosing indoctrination over critical thinking in the educational sectors will never improve our society.

It's now anyone's guess how many painful lessons will have to be learned before critical thinking makes a come-back. Right now, we have a sneering governor, a pretty-boy mayor, and a whole host of "woke" and coin-operated political leaders appointing and advancing causes that are as unsustainable as ever the Golden State has ever seen.

All under the guise of a Green New Deal, Vision Zero, the New Economy, and all sorts of euphemisms that are sending us straight to Hades...but at least with a big, happy, smiling face.

Being "woke" is nothing new. Having groupthink and a lack of free speech is also nothing new (although many "woke" younger Planners probably haven't read 1984 by George Orwell). Greed and special interests eclipsing the needs of the taxpaying, hard-working majority is also nothing new.

The only question is if, or when, we'll ever be able to vote or otherwise fight our way out of the grinning, hugging, singing Purgatory that California is choosing to sink into...all while those who were part of its creation into a west-coast Paradise are either moving away from its urban hells, or fleeing from the Golden State altogether.