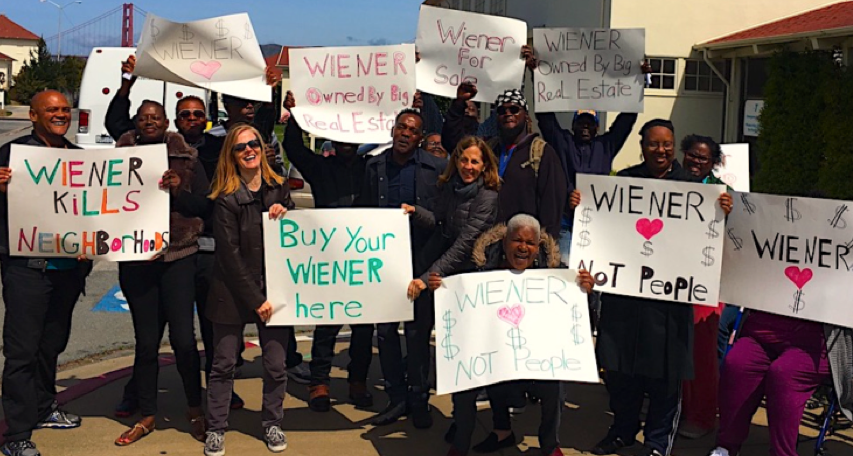 VOICES-McKinsey & Co., a development consultant firm, has made the claim that California must build 3.5 million housing units by 2025.

That number is the basis for SB 50. Others have claimed the number is much smaller and a debate has sprung up around the actual number of housing units we need. The question being asked is do we need to model our housing per capita needs after Texas, New York or California’s Department of Housing and Community Development (HCD)? The difference could mean we need 2.5 million fewer housing units. I find this all very interesting, but frankly it is putting the cart before the horse.

Right now, what is going on in Sacramento would make Moscow blush: 120 people in the state legislature will decide how almost 40 million people should live going forward.

We the people can make phone calls, send letters or email members of the legislature and let them know how we feel. Most of us can’t make the trip to Sacramento or hire lobbyist to plead our case – something the development community does daily.

There are groups trying to counter the monied class, but we have to take other actions. Of course, we should call, email, and write the legislature while supporting grassroots groups opposing this undemocratic process – but we must pay attention on another front, too.

We must carefully watch what the Mayor and City Council do if and when SB 50 or some version of it passes. As of now they have taken a position against it, but one never knows what is being promised behind closed doors. If SB 50 passes, the City Council must sue the state to retain its inherent powers to control its own planning process. It should also sue the state to force it to upgrade infrastructure across California. The city must certainly insist that the Legislature uphold Article 13, Section 35 of the State Constitution regarding public safety:

Sec. 35. (a) The people of the State of California find and declare all of the following:

(1)  Public safety services are critically important to the security and well-being of the State’s citizens and to the growth and revitalization of the State’s economic base.

(2) The protection of the public safety is the first responsibility of local government and local officials have an obligation to give priority to the provision of adequate public safety services.

Right now, big money is holding sway over our country. It doesn’t matter if you are on the left or the right, you have to know this is happening and that the playing field is purposely tilted to fill the deep pockets of the rich and powerful. City, state and federal legislators who vote for these kinds of top down Politburo solutions are sucking up to these ultra-wealthy titans and we all know it.

Our influence in Sacramento is questionable at the moment, but City Hall is in our own backyard. If the state legislature sells us out by adopting SB 50, we must double-down on City Hall and force our councilmembers to protect our neighborhoods and our city at large.

(James O’Sullivan is a long-time community activist and the President of the Miracle Mile Residential Association by Linda Abrams.) Prepped for CityWatch by Linda Abrams.