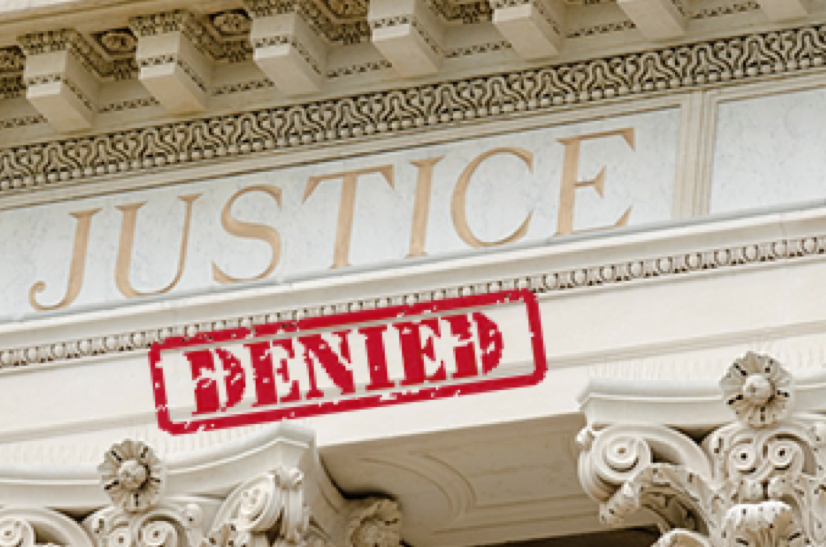 ONE MAN’S OPINION-Question: What is it called when a 79-year-old widow is forced to wash linens make beds, clean two entire houses with nine bedrooms and sweep the patios and sidewalks and then Judge Lippitt steals 150% of the widow’s wages? Answer: Business as usual in LA County’s Conservancy (Probate) court.

Some might opine that it is economic slavery, but under slavery, the wage theft is limited to 100%, but Judge Lippitt wants 150%. Here’s the mechanics of the theft. After uncontradicted testimony that the Widow M does not need a conservator, Judge Lippitt appoints a conservator who will then rake off about 150% of the Widow M’s rental income. The conservator’s duties are simple: drive the Widow M into economic ruin by destroying her short-term rental business while sucking out as much of her cash as possible through conservator and attorney fees.

To Judge Lippitt’s extreme displeasure, the Widow M is not willing to lie and die. The widow knows that by continuing to work, she slows down the rate at which Judge Lippitt dissipates her assets.  Judge Lippitt must financially ruin the Widow M in order to justify selling off all her properties.

The Widow M is proud that she has worked since she was a teen; she loves taking care of her short-term rental properties. HomeAway provides the worldwide platform for people from Italy, France, China and the good ole USA to come to town and have a really nice place for the families to stay. The Widow M takes great pleasure in her efforts. What she hates is Judge Lippitt’s stealing her income and forcing her to sell her huge home in the Kenneth Village section of Glendale to CAC Audre Delahoussaye’s children. (“Of course, my children will pay,” assured CAC Delahoussaye in July 2019 while again eyeing the six-bedroom house with two living rooms, a large pool with a fenced in garden filled with fruit trees on the largest lot in the neighborhood.)

How Does this Coven of Evil Operate?

The case of Mozer v Augustine sets forth the official framework that LA judges use to steal an elder’s property.

When one falls into the clutches of the Probate Court (including Conservancy), the judge can send people to mediation. Unlike arbitration where some goniff will impose his decision upon his victims, in mediation the parties get to agree upon a resolution. Until recently, that was thought to be fair and equitable. Here’s the new reality.

(1) Mediation has become a forum for judicial fraud.

(2) At the mediation, the mediator the judge approves commits fraud and cheats the elderly out of millions of dollars. Judge Goetz knows these ropes very well as she was the mediator in Mozer and she was the Widow M’s mediator. Judge Goetz comes close to holding the lowest score on Robing Room which apparently makes her one of Judge Lippitt’s darlings.

(3) If victims discover the massive fraud which ex-judge Goetz or some other mediator perpetrates in order to get their consent to the mediation agreement, too bad they lose.

Let’s Look at the Mechanics of the Mozer Case

The widow Mozer, who is not the Widow M, opposed confirming the mediation Settlement Agreement, “alleging the mediator (ex-judge Goetz) had induced her agreement by means of fraud, undue influence and duress.” Nowhere does the court say that ex-judge Goetz did not commit fraud to deceive Mozer into signing the settlement agreement and the court admitted that under Civil Code, § 1689, the defrauded party may rescind the Settlement Agreement. So how do these judicial thieves get away with it?

Here’s the Crux of the Judicial Corruption

The Mozer court ruled that because statements made during a mediation are confidential, Mozer may not produce evidence of ex-Judge Goetz’ fraud! Really, that’s the end of the story. After a probate a judge forces one to mediate before a corrupt mediator who commits frauds, the victim is stuck with the multi-million-dollar loss. Really? Since one is forbidden to mention that ex-judge Goetz or some other mediator perpetrated fraud, no court will listen to the defrauded person’s laments.

That is How Things Work in Los Angeles County Probate

Corrupt judges appoint atrociously corrupt mediators who commit fraud on the elderly and infirm and the thieves get to walk away with their booty.

But Wait it Gets Worse

The Widow M did not object to the frauds perpetrated on her by the CAC and Judge Goetz at the mediation. The Widow M tried to go through with the horrid agreement as ransom payment for the judicial crooks granting her freedom from her abusive daughter. The Widow M’s daughter, however, acted true to form and materially and incurably breached the August 30 Settlement Agreement and thereby killed it deader than a doornail. The Mozer-Goetz scam did not apply since the Widow M did not complain about the frauds inducing her to sign. No rule of law requires enforcement of a contract after the other party has killed it.

The Widow M never challenged the formation of the agreement, which is the basis of the Mozer-Goetz case, but instead she pointed out that the agreement had been killed. It’s the difference between birth and death. That is why Lippitt had to get rid of Attorney Abrams who was bright enough to document that the daughter had killed the Settlement Agreement without his mentioning any fraud in the inducement. His working free of charge to make the Widow M financially solvent was more than Judge Lippitt could tolerate, which is why she summarily fired him mid-sentence during the November 5 hearing and why she is now engaged in a cover-up that makes Richard Nixon look like amateur.

While the Widow M loves working on her properties and is overjoyed when guests from around the world write how much they enjoyed her hospitality, the Widow M does not like being financially raped by Judge Lippitt.

Why doesn’t the #MeToo Movement protect widows who are financially raped?