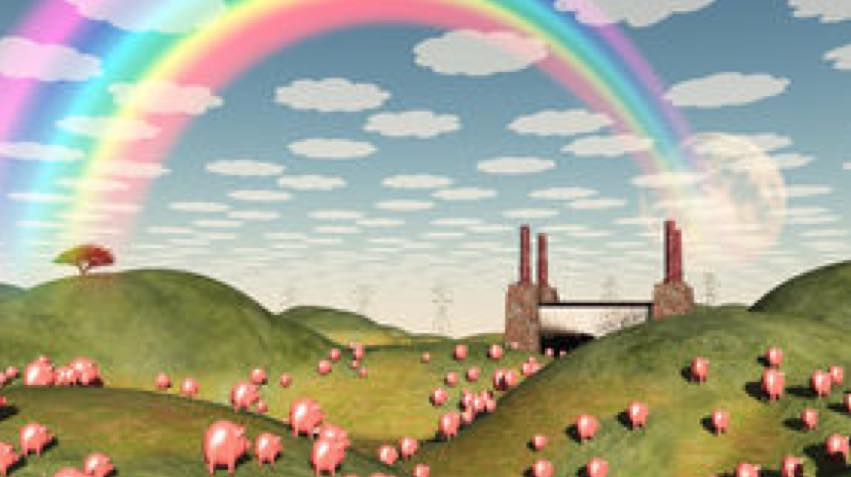 PLANNING WATCH-It almost seems normal that most of our national political leaders are marching us over a cliff to fossil fuel driven extinction. So no one should be too surprised when state and local leaders respond to immediate issues, like housing, with similar self-defeating approaches.

For example, from the Governor’s Office and State Legislature in Sacramento to City Hall in Los Angeles counter-productive “solutions” to the housing crisis seem to roll out on a daily basis.

Repeated claims that generous government-generated gifts to real estate investors via up-zoning will quickly produce an abundance of low-cost housing are a perfect example. Yes, the investors will make out like bandits, but those who truly need affordable housing will never wake up to find a safe, vacant, low-priced apartment or house. These supply-side approaches to increasing the supply of desperately needed low income housing by deregulating zoning are, according to George Bush Senior, more voodoo economics.

The frequently promised cornucopia of low-income private sector housing for the victims of the housing crisis is a deliberate deception because private investors only build expensive housing. Even if developers continue to overbuild expensive housing, their vacant units will never become affordable. These empty units will remain far beyond the reach of the overcrowded and homeless, while landlords and investors rely on Airbnb until high rollers eventually buy or rent them.

Let’s take a closer look at the various con games these housing lemmings are foisting on us.

Lemming Leap #1. The Los Angeles Times reports that California Governor Gavin Newsom’s new homeless taskforce, the Council of Regional Homeless Advisors, will address the housing crisis through a ballot measure. It will allow the State to take tough legal actions against cities that do not reduce homelessness. This approach mimics the policies of President Reagan’s good friend, British Prime Minister Margaret Thatcher. She devolved the U.K. national government by dumping former national mandates onto towns and cities. While the California approach could include more resources for local government, its omissions assure its failure. It ignores the rampant gentrification of California cities which SB 50 up-zoning would accelerate and therefore increase homelessness. And, it does not restore gutted public housing programs and mental health services. Since it leaves the primary causes of the housing crisis intact, pressuring local government officials to somehow gin up a cure for homelessness is futile.

Lemming Leap #2.  Because great minds apparently think alike, the Trump Administration’s approach to homelessness in California is not much different than Governor Newsom’s Homeless Council. Unspecified Federal aid is contingent on local government complying with two HUD (Department of Housing and Urban Development) policies: police sweeps and zoning deregulation (e.g., SB 50). Their common denominator is they both resort to waving a big stick at local government. 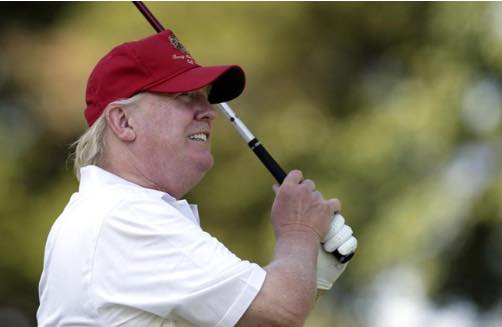 Lemming Leap #3.  Zoning deregulation will find broad support in Sacramento since this is the essence of Senator Scott Wiener’s third try to offer generous windfalls to property owners through his revised Senate Bill 50.  I wrote about this last week, when I incorrectly said this bill would be a nothing burger, meaning it won’t make a difference. But I was wrong, and I now realize that SB 50, which would impose blanket up-zoning on the entire state, would make the housing crisis much worse for at least two reasons:

1)    New housing will be expensive because this is the only housing that private developers build.  Their projects eliminate existing affordable housing because developers must acquire these in-fill sites to demolish existing lower priced units and make way for their expensive apartments and McMansions.  The current tenants will be bought or forced out, and most will never find low priced housing again. To avoid homelessness, they must cram into smaller, overcrowded units.  Others will end up temporarily living with friends, camping in cars, or joining homeless encampments.

2)    New, expensive housing does not reduce the price of existing housing. It pulls these rents up.  This is partly because small landlords benefit from vacancy decontrol in Los Angeles. When one of their rental units are vacated, they can charge whatever the market will bear, and the nearby expensive apartments demonstrate they can raise rents. This is one reason why local rents have increased much faster than inflation and wages, despite LA's apartment building boom.  Since 2015 Los Angeles has permitted nearly 100,000 new housing units, 89 percent of which are market rate, a polite way to say over-priced. As for the 11 percent that the City labels affordable, the public does not know their rents or who lives in them.

Lemming Leap #4.  LA’s Metropolitan Transit Authority (METRO) is also slowly marching us off the cliff through its tacit help to Senator Scott Wiener.  METRO has proposed reducing schedules on many bus lines to 10 minutes through its NextGen bus program.  These upgrades will qualify these bus lines to become “high quality bus corridors” per Senate Bill 50.

While more frequent bus service is, in itself, welcome, these changes have unexpected consequences.  Senate Bill 50 contains provisions that dramatically upzone parcels within a half-mile of high-quality bus corridors. If SB 50 passes, these upgraded transit corridors would experience a huge bump ups in zoning capacity, without any investment in the public infrastructure and services needed by the new upscale buildings and renters.

These SB 50 gift cards will also hand over an enormous windfall to property owners, some of who will flip or redevelop their properties.  When they do, the supply of expensive, auto-centric residential units will mushroom. While the number of large buildings and local residents would obviously increase, few of these residents will become bus riders because they own and drive cars.  Furthermore, SB 50 contains no requirement that developers must demonstrate increased transit ridership to benefit from its generous bonuses. These developer benefits, like extra height, density, size, and reduced parking requirements, exist in perpetuity.

Lemming Leap #5. If you think that local cities, like Los Angeles, that opposed SB 50 in 2019 have more sensible laws, think again. LA is filled with upzoning schemes similar to Senate Bill 50. One of the worse is the Purple Line Extension Transit Neighborhood Plan (TNP). Until recently I thought it had hit bottom, but I was wrong since the TNP has even more flaws than I reported.

The Wilshire Community Plan is scheduled to begin its update in 2020, in parallel with the Transit Neighborhood Plan, which is entirely within its boundaries. There is no reason why the Update should exclude the much smaller TNP area from its analysis, policies, monitoring, and implementing zone changes. There already is plenty of unused zoning capacity in the TNP area, as well as an aging infrastructure, stagnant population, and massive code violations. 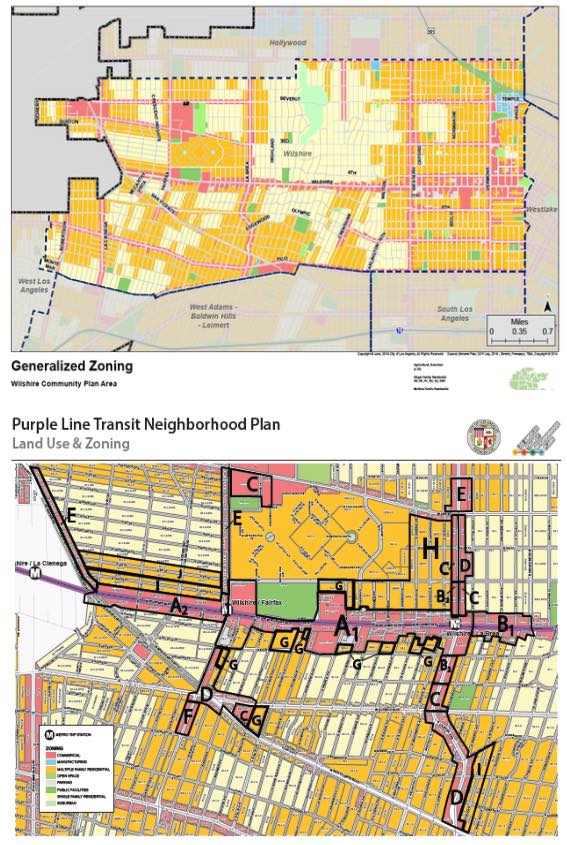 ·      Since initial TNP funding to the City of Los Angeles in 2013, METRO’s First-Last Mile transit public improvement program for the TNP project area has not yet begun. If or when METRO eventually completes this planning phase and allocates funding, and LA City departments hopefully pick up the baton, the Wilshire Community Plan Update should be nearing completion. While the fate of the TNP is unknown, its failure to include public improvements cannot be easily rectified by a last-minute METRO band-aid for the same area. To compound this failure to communicate, METRO required the missing public improvements in its existing TNP planning grants to LA City Planning, other grantees, and its own First-Last Mile Strategic Plan for successful bus and subway transportation.  Like the City of LA, METRO ignored its own requirements until it was caught with its pants down.

If a previous generation learned to live with the bomb, and if we are willing to live through an era of mass extinctions that might include humanity, counter-productive housing policies like the five Lemming Leap’s described above are par for the course. But, nuclear war and climate change, like California’s worsening housing catastrophe, are totally avoidable.

(Dick Platkin is a former Los Angeles city planner who reports on local planning issues for CityWatch. He serves on the board of United Neighborhoods of Los Angeles (UN4LA) and welcomes comments and corrections at rhplatkin@gmail.com. Selected previous columns are available at the CityWatchLA.com archives and the Plan-it Los Angeles blog.) Prepped for CityWatch by Linda Abrams.