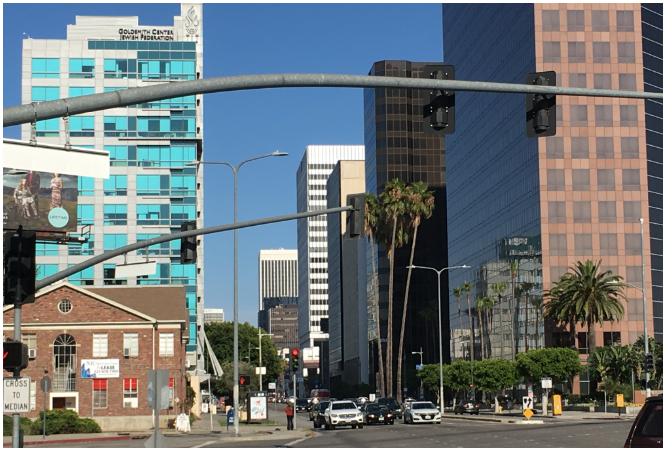 PLATKIN ON PLANNING-Just when you think a stake has been driven through the heart of another Los Angeles real estate scam, LA City Planning is resurrecting its Purple Line Extension “transit neighborhood plan” (TNP).

They are trying, once more, to craft a convoluted specific plan that would permit even larger, taller, un-planned luxury high-rise buildings in the Miracle Mile and Beverly-Fairfax neighborhoods.(Photo above: Wilshire Boulevard’s Miracle Mile corridor. Existing zoning is creating another Century City.)

Their heroic effort to keep the TNP out of the morgue must overcome a series of political and technical barriers:

Despite these barriers, City Planning is valiantly, though clumsily, keeping this duplicitous project on life support. Since City Planning’s false claim that “METRO is demanding that City Planning quickly complete this project ahead of the impending Update of the Wilshire Community Plan” was easily exposed as a lie, City Hall’s fallback position was hiring a TNP consultant to organize several “outreach” meetings and prepare a community survey. Some City Hall naïf imagined that a few public presentations and a rigged questionnaire could salvage the TNP from heaven’s gate. But this latest rescue operation suffers from four fatal blunders:

The first blunder was the consultant’s survey. It consisted of leading questions that excluded basic information about the Purple Line Extension study area, such as its remaining zoning capacity; failing infrastructure; vacancy rates; and ridership, population, and construction trends.

The second blunder was that the survey ignored previous public input about the same TNP area. Because these prior public comments were open-ended, they were authentic, not an artifice of leading questions.

The third blunder was the survey’s microscopic response rate of 0.7 percent (.007). Of 45,500 people contacted, only 308 people responded, and 60 percent of these respondents lived outside the TNP area. Presumably, most of these respondents were linked to Abundant Housing, a real estate lobbying group committed to unplanned and unmonitored up-zoning near future transit lines.

The fourth blunder was the survey’s failure to answer Councilmember David Ryu’s five-page letter to the Director of Planning, dated April 22, 2019, which presented the Councilmember’s detailed critique of the TNP project:

Criticisms raised in David Ryu’s letter to the Director of Planning:

Would the TNP produce “more housing” through its upzoning schemes?

The planning philosophy guiding the Transit Neighborhood Plan is trickle down economics. It is inspired by the market fundamentalism of Ayn Rand and the deregulation of government programs during the Reagan and Clinton administrations. Therefore, we need to ask: if the City Council eventually adopts the Transit Neighborhood Plan, would its program of extensive upzoning result in increased transit ridership, an enhanced built environment, and new housing on transit corridors? Or would this upzoning compound LA’s existing crises?

My answer is the latter. The TNP is a complete boondoggle, and it will compound LA’s multiple crisis unless it is completely reworked, beginning with David Ryu’s detailed critique. It the TNP were completely transformed, it might work as intended. But, if its elaborate zone changes were conditionally approved and then subjected to rigorous annual monitoring to verify their promised outcomes of increased transit ridership and additional affordable housing, the Specific Plan would be quickly repealed. This is why:

Housing production depends on many factors other than zoning, such as the business cycle, consumer demand, profitability, interest rates, tax laws, availability of cheap capital, vacancy rates, code enforcement, and the whims of global investors. They, after all, must decide among thousands of investment alternatives to building even more expensive housing in the already over-built Miracle Mile area.

As a result, there is no guarantee that adopting new zoning laws that allow taller, larger, denser buildings in the TNP area would make a difference. After all, this area’s neighborhoods already have extremely generous zoning laws, and the Wilshire Corridor is becoming another Century City without the TNP’s zone changes. Furthermore, the TNP area is filled with new, pricey apartment buildings, and they all post “For Lease” signs to fill their vacant rental units. This is a red flag that the TNP’s upscale housing market has run out of upscale tenants and that landlords are playing a waiting game. For now they are holding on, in the hopes that can attract more well off tenants, or, as a back up, discreetly fill their empty units through Airbnb and short-term leases.

If the TNP’s upzoning did somehow produce “more housing,” we can already predict three outcomes:

Outcome #1 – Failing infrastructure. The new housing would tax the area’s frayed public infrastructure and services to the breaking point. Existing levels of new construction, whether McMansions, apartments, and commercial buildings, have already changed the character and scale of the Greater Miracle Mile area, and undergrounded and aboveground utilities are failing. This area has frequent electric blackouts and water main breaks. The LADWP is playing an endless and game of catch-up, and even more unplanned real estate development would make this bad situation worse.

Outcome #2 - Disasters. This slow and steady failure of local infrastructure would become a torrent when the “big one,” a large San Andreas Fault earthquake, finally occurs. At that point, the area’s old infrastructure would collapse. All those overhead electrical and telecommunications cables will sway, arc, and then snap. The undergrounded electric, gas, water, sewer, and storm drain conduits will break, leaving Los Angeles paralyzed, while most fires will be left to burn out because of low water pressure and buckled streets blocking fire engines. 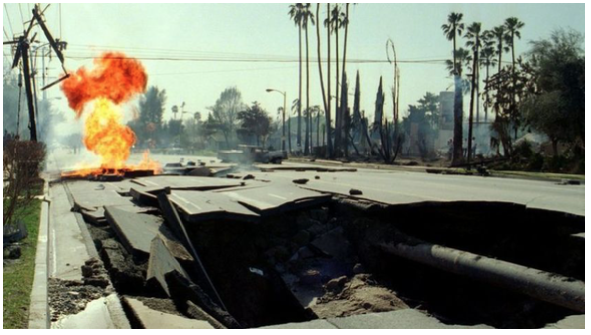 Outcome #3 – Expensive, car-oriented apartments. If the TNP’s upzoning does result in additional apartment buildings, these units will be expensive and car-oriented. The new residents will be no different than current residents living in similar, recently constructed, up-scale apartments. These tenants will be well off, and nearly all of them will own and drive cars, seldom taking nearby bus lines.

When the Purple Line Extension opens in 2023, these new tenants will resemble the affluent tenants currently living in DTLA, Koreatown, Hollywood, and North Hollywood, close to

METRO’s Red Line subway. They will rarely take the adjacent subway, instead relying on their cars or ride-sharing services for transportation.

But, while the above is likely to happen, we know one certainty about the TNP. Its broad upzoning sharply increases property values. If the City Council adopts the TNP, it would hand over many millions in untaxed gifts to property owners. As soon as these property owners sold their suddenly more valuable property, their paper profits would become real profits, taxed at embarrassing low 2018 capital gain rates, not the higher income tax rates of their tenants.

This is the key to understanding the nine lives of the Purple Line TNP. The possibility of flipping up-zoned properties for barely taxed capital gains, or, in a few cases, building lucrative high-rise residential towers, keeps this boondoggle alive. The job of residents committed to good planning is to expose this real estate scam and ensure that our elected officials represent their constituents, not the capital gains crowd and their City Hall lobbyists.

(Dick Platkin is a former Los Angeles city planner, who reports on local planning controversies for CityWatch. He serves on the board of United Neighborhood for Los Angeles (UN4LA) and welcomes comments and corrections at rhplatkin@gmail.com. Prepped for CityWatch by Linda Abrams.