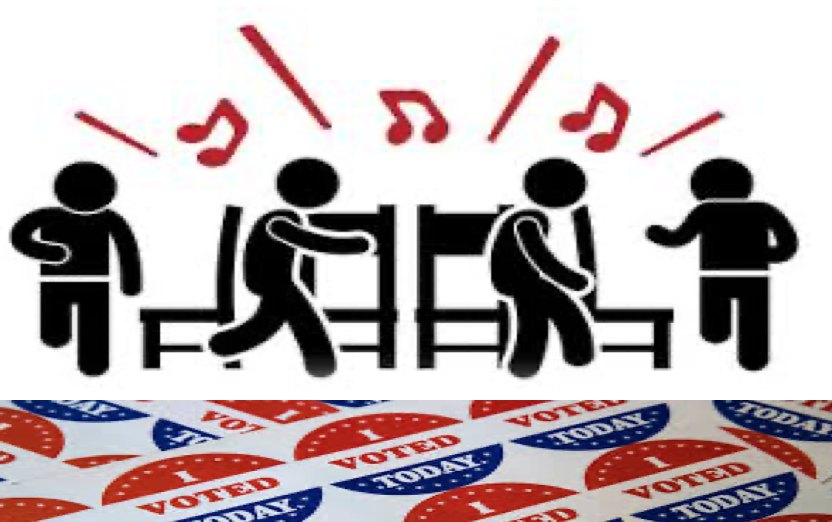 EASTSIDER-Boy do we have a feast of elections in 2020; City Council (even numbered districts), County Board of Supervisors (District 2 & 5), District Attorney, LAUSD (all but one), Assembly District 43 & 53), and a bunch of Cities and Judges! Here’s an overview.

In LA, we have a race in CD2 with incumbent Paul Krekorian, CD4 with David Ryu reupping against four others, Nury Martinez (CD6) against two other challengers, and Marqueese Harris-Dawson (CD8) versus six opponents.

In CD10, with Herb Wesson termed out, there are 14 candidates, including termed out LA County Supervisor Mark Ridley-Thomas. For CD12, recently elected John Lee gets to run against three challengers, and in the ever-so-twisty CD14, with Jose Huizar in a race to get termed out without being indicted, there is a huge field of 14 candidates.

For CD14, the two establishment (read, well-funded) candidates are Monica Garcia of LAUSD fame (or shame), and that paragon of the legislature, termed out Kevin De Leon. This could get seriously twisty.

A bit off the Northeast LA track, CD12 in the Northwest Valley has an interesting story. After Mitchell Englander betrayed his supporters by suddenly splitting for the private sector part way through his term, former Councilmember for the District Greig Smith stepped in, pending the results of yet another special election. In that one Republican John Lee narrowly edged out Democrat Loraine Lundquist earlier this year. After only a few months in office, the 2020 rematch should be a doozy.

The LA County Board of Supervisors is usually a pretty below the radar event, as compared to election for LA City. This time though, there are two interesting seats up for grabs. First, in District 2, Mark Ridley-Thomas is termed out, and he has decided to run for LA City Council’s CD10, where his longtime frenemy Herb Wesson is termed out. There’s a great back story about the two.

The fly in the ointment for them simply swapping seats is Jan Perry, former Chief of Staff to Rita Walters and councilmember for CD9 until she termed out in 2013. She is a serious contender and understands the District. She also worked for Eric Garcetti, running his Economic and Workforce Development Department from 2013-2018. This is one to watch.

The other race is for District 5, a seat held by a Republican, Katherine Barger, who is seeking reelection. Based on the Rules of the LADEMs, no Democratic Club can endorse a Republican, so there’s a field of Democrats seeking endorsements.

On this one, I’ll speak out of turn. I’ve known Katherine since the early 90s, when she was working for Mike Antonovich, for a while as his Chief of Staff. She represents what is left of the old fashioned pragmatic Republican Party, and probably knows more about LA County than any of the other Board members. She is endorsed by virtually every Union in Los Angeles, and for a reason. She is both knowledgeable and pragmatic, as is reflected in her endorsements, and is the last Supervisor with serious institutional knowledge of the County. I like her and trust her.

That said, it should be a very interesting race.

LAUSD is having elections for four seats and is critical for whether or not the current majority, who wants better oversight on Charter schools, can retain its majority in the face of huge contributions to their opponents fueled by the Charter School Industry.

And Then There’s the LA District Attorney Race

Our current DA, Jackie Lacey has followed in the footsteps of her peers in an entirely predictable way.  Regarding the public officials part, she is personally responsible for the appointment of Austin Beutner as Superintendent of the LAUSD. For those interested, I wrote a piece for CityWatch called “Jackie Lacey and Austin Beutner: Why People Don’t Trust Attorneys.”

For the rest, she mirrors her predecessors.

Of course, everyone in the LA establishment has endorsed her, but there is an interesting group of folks running against her, including a last-minute entrant, George Gascon. George has roots here as a former LAPD officer who moved to San Francisco to be their Police Chief and then, their District Attorney. He recently decided to resign as SF DA and move back to LA to run against Jackie Lacey.

The other two candidates don’t have the name recognition of Gascon, but are good, qualified people.  Deputy District Attorney Richard Ceballos, with something like 30 years of experience, is currently assigned to organized crime and hate crimes. He is also a refreshing contrast to Lacey, and he is both Latino and LGBT.

Also of interest is a former public defender, Rachel Rossi, who has filed for the seat. Since almost every DA I can think of was a prosecutor, Rachel brings a refreshing perspective to the race, and has a platform designed to bring more balance to the office. You will be unsurprised that the law enforcement and political insiders exhibit no interest in her. You can read about her here.

In AD43, Maxine Waters is pretty much a shoo-in to be re-elected, so we won’t spend too much time there. AD 53, however, and its incumbent Miguel Santiago is trying to talk about all the great things he has done for us.

Don’t misunderstand, the Assemblymember is bright, articulate, and smooth. On the flip side, let’s look at what Santiago did with his Supermajority Democrats in Sacramento involving us here in LA.

First, how about the “gut and amend” process that “gave us” SB 905, aka, the Bar Bill, which okays selling booze until 4 a.m. If you look at the bill itself, the principle coauthor was Assembly Member Santiago.

Second, how about selling out renters? When it came to his votes on two bills in 2018 that would help protect renters, Miguel (and Wendy Carrrillo) took a pass to kill the bills. You can find the CityWatch article here.

“On May 31, two bills aiming to prevent arbitrary evictions of renters and close a commonly used loophole for displacing tenants -- AB 2925 and AB 2364 -- died when several Democratic Assembly members chose to ignore the housing crisis and voted against our most basic interests.”

Finally, our very own Hydee Feldstein, describes how an LA City-only bill (AB 1197), got passed by our very own legislators who sold us out. It makes LA City only exempt from CEQA requirements in building shelters or affordable housing.

“AB 1197 is an LA "ass covering" special, authored, shepherded through and supported by our own so that they can all claim afterward that "Sacramento made me do it". I for one am a bit tired of this.

Tell your Neighborhood Councils all about this one when the shelters and “affordable housing” pop up in your neighborhood. Fortunately, at least one democratic candidate, Godfrey Plata, has stepped up to make this a race.

Stay tuned, this should be an amazing year for politics.