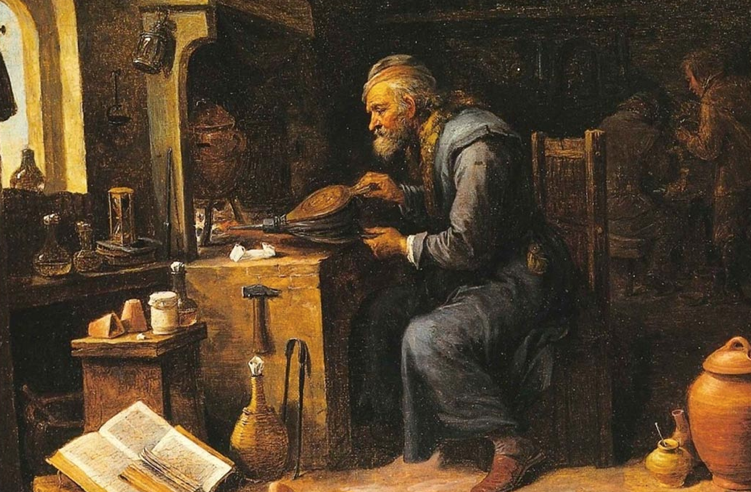 Unlike the alchemists of old, who never managed to turn cheap lead and copper into valuable gold, many centuries later their kindred spirits finally figured out how to do it.  Their secret sauce is upzoning commercial lots. This allows current and future owners to build taller, larger, denser buildings, with more uses, at the same sites. Once this happens, property values soar.

Owner can the flip their old parcels, pocketing enormous capital gains, often tax-free. If the new owner buys a portion of the corporate entity that owns the parcels – without changing title -- they can also avoid increased property taxes. Alternatively, property owners can construct new commercial or residential projects at the same site, also reaping enormous profits through rents and/or appreciation.

Among the many approaches that City Hall’s alchemists use to extract this gold from old properties is the update of LA’s 35 Community Plans. While Community Plans are policy documents that, in themselves, have little to do with upzoning, they provide wonderful opportunities for City Hall decision makers to tack-on complex upzoning ordinances.  The ordinances are a windfall for commercial property owners. Their properties, in older neighborhoods, such as Hollywood, Miracle Mile, Koreatown, and Downtown LA, suddenly become more valuable. City Hall’s magic elixir off up-zoning cures the economic ravages of time.

State law and the City of LA’s Charter mandate these Community Plan updates, part of LA’s General Plan. If done correctly, they dramatically improve the quality of life for Angelenos. If done wrong, which is the case in Los Angeles, they become a ploy to transfer enormous financial gains (gold) to commercial property owners, while jeopardizing the residents who live on or near their hallowed parcels.

This is how is how City Hall’s alchemy takes place.

The program to update LA's 35 community plans began in about 2005, when it was called the New Community Plans. In the intervening 14 years, only six Community Plans have been fully updated.  In response to 2017’s Measure S, the Neighborhood Integrity Initiative, the City Council directed all 35 Community Plan to be updated within six years. As a result, 16 updates are underway, but with an accelerated methodology. When will they, however, be finished and the remaining 13 Community Plans started? This is a mystery since City Hall is mum, and the most “recent” schedule is now one year old.

1)  Out-of-sequence: Since California State law requires the entire General Plan to be current, it makes little sense to jump ahead, out of sequence, and adopt new, intricate plans for 35 separate Los Angeles communities. These plans would either be based on policies and data that are nearly three decades old, or they will be based on new, scattered information that is inconsistent with the many adopted General Plan elements. The results will be different formats, base years, policies, population data, and horizon years (target years for the plans). Furthermore, the existing General Plan’s elements – like the updates - overlook a host of serious threats to Los Angeles, like climate change and public safety.

2). Enormous zoning capacity: None of the updates, adopted or underway, have calculated the untapped capacity of LA’s existing zoning, including the additional density permitted through LA’s two density bonus laws: SB 1818 and TOC Guidelines. The easily applied Excel template for these zoning build-out calculations already exists, and I will gladly share it with anyone who wants it. ([email protected]). If applied to the entire city, it would reveal that the build-out population of LA's existing zoning would be 7,000,000 people. If augmented by LA’s two density bonus ordinances, LA would eventually reach 9,000,000 people, a scenario leading to total urban collapse. 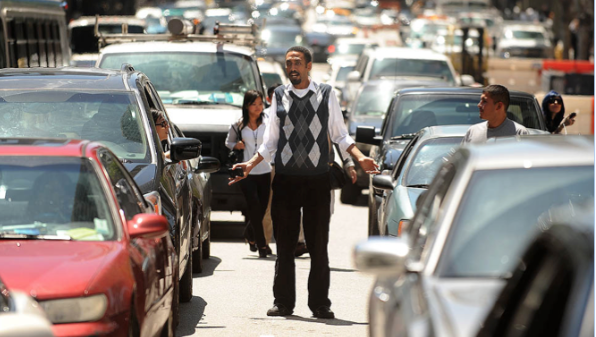 Gridlocked traffic in LA is a portend of worse things to come.

4) Static Population: The Community Plans are premised on continued population growth in Los Angeles, but this is clearly not the case. The city’s population is static, and according to Atlantic Magazine, declining. Forecast population growth that exceeds zoning capacity and, therefore, demands up-zoning simply does not exist. 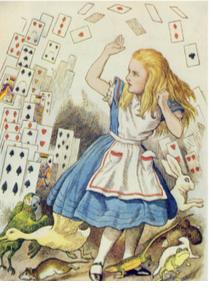 This wonderland would send Alice’s head spinning even faster than Lewis Carrol imagined.

(Dick Platkin is a former Los Angeles city planner who reports on local planning issues for CityWatch. He serves on the board of United Neighborhoods of Los Angeles (UN4LA) and welcomes comments and corrections at [email protected]. Selected previous columns are available at the CityWatch archives and the Plan-it Los Angeles blog.) Prepped for CityWatch by Linda Abrams.