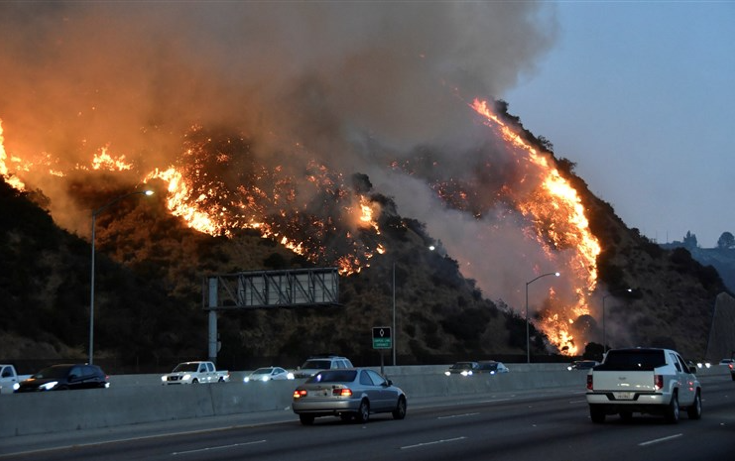 The truth behind this joke is that public safety is a serious matter in LA, and it involves much more than policing. It includes preparation for and protection from increasing wild fires, serious winter rain and summer heat storms, floods and sea level rise, possible tsunamis, major earthquakes and their consequences of ruptured water mains, snapped electricity and telecommunications cables, and broken gas lines leading to uncontrolled building fires.

While we should all place earthquake kits in our cars and store food, water, batteries, and first aid supplies in our garages, the ultimate responsibility for public safety rests with local government. In addition to the police, cities and counties coordinate emergency responses through agencies like LA’s Emergency Management Department. It has prepared its own planning documents to get ready for 13 types of natural disasters, any of which could suddenly overwhelm Los Angeles.

If you want good news about natural disasters, this is where you will eventually find it at City Hall.   But, if you want bad news, your search will be easier. The threats from natural and man-made hazards to the Los Angeles area are clearly increasing, while the detailed analysis and planning for them is, at best, sketchy.

Even though the State of California and City of LA Charter require a General Plan Safety element to prepare for natural disasters, LA’s Safety plan is so old it makes no mention of climate change. This omission was normal in 1996, but inexcusable in 2019. A group of 11,000 scientists from 150 countries in the current issue of Bioscience explains why. “The climate crisis has arrived and is accelerating faster than most scientists expected. It is more severe than anticipated, threatening natural ecosystems and the fate of humanity.”

In the intervening half-century, the world has hardly stood still. The dangers facing Los Angeles have dramatically increased, yet there are no discernable efforts to update the city’s outdated Safety element, other outdated General Plan elements, and then ensure that these many updated General Plan elements carefully mesh with each other. After all, disasters do not happen in a vacuum, disconnected from land use, transportation, housing, open space, and air quality.

It is not just folly, but a self-imposed danger to further delay the update of the General Plan’s Safety Element. If you believe La La Land  is indestructible, then please reflect on the following information:

Wildfires: Climate change, with its fires, storms, rising seas, and heat waves, has fully revealed itself since 1996. Wildfires, in particular, are natural cycles intensified by both climate change and urban development, the latter of which is carefully regulated by the General Plan and implementing ordinances. These fires have dramatically increased in recent years and will continue to do so for the entire 21s century. 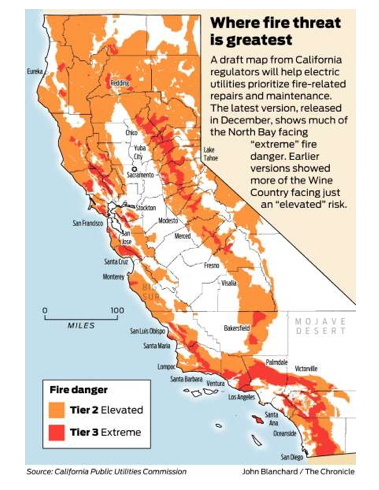 A few statistics underscore the danger of increased wildfires, and the need to link emergency responses to the comprehensive planning of land use, transportation, and open space.

Earthquakes: As for seismic dangers, knowledge about known and previously unknown earthquake faults, their inevitable catastrophic ruptures, and revised building and fire codes to keep one step ahead of these disasters, has rapidly unfolded. 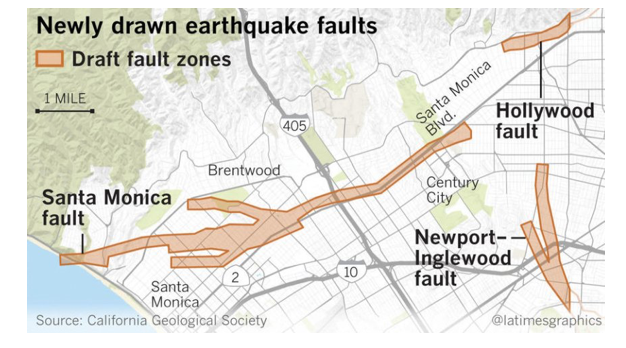 Heat waves. According to a recent UCLA climate study, by 2060 all Los Angeles neighborhoods will experience three to four times as many days exceeding 95 degrees than in 2012. These heat storms will become the new normal. As a result, susceptible Angelinos will succumb to this heat, trees will perish because of these climate changes, and the city’s electrical grid will routinely fail because of the LADWP’s inability to keep up with power demands for air conditioning. Without a clear, timely, coordinated Public Safety plan, how can Los Angeles sufficiently upgrade its infrastructure to adapt to this development? 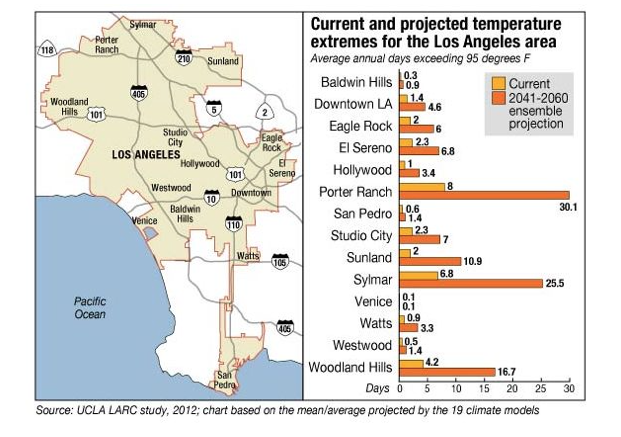 Flooding: While coastal areas will not experience as many heat waves, they will bear the brunt of rising seas and stronger winter storms. At the same time, inland neighborhoods, like Sun Valley, will also experience worse floods. 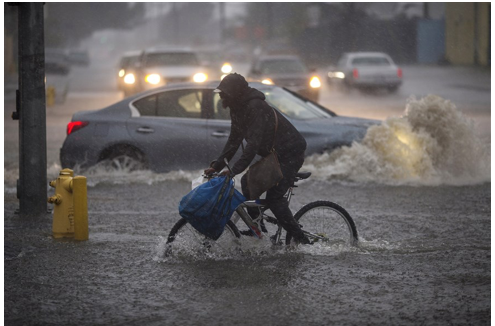 Rising Seas: The local cost of adaptation and a managed retreat from rising seas intruding into beach areas is staggering, over $6.4 billion, and this assumes an orderly increase in sea levels, not a sudden surge if the Greenland or Antarctic ice sheets quickly melt, as some scientists predict. 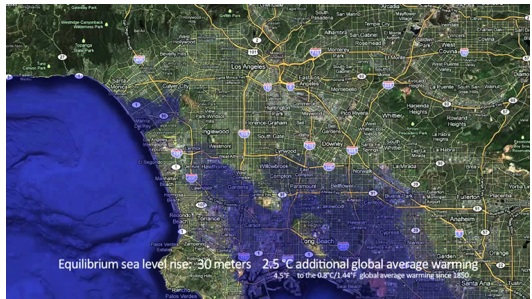 Most large cities have siloed municipal departments, in effect bureaucratic enclaves that obstruct the integration of planning and budgeting across departmental lines. This is LA’s plight, and without a strong Mayor willing to cross swords with private commercial interests and entrenched bureaucracies, the prospects for a mid-course correction in Los Angeles are slim, despite the obvious need. More forceful elected officials could certainly make a difference, but this requires massive grassroots initiatives to supplant self-perpetuating political machines.

So, roll up your sleeves.

(Dick Platkin is a former Los Angeles city planner who reports on local planning issues for CityWatch.   He serves on the board of United Neighborhoods of Los Angeles (UN4LA) and welcomes comments and corrections at rhplatkin@gmail.com. Selected previous columns are available at the CityWatch archives and the Plan-it Los Angeles blog.)