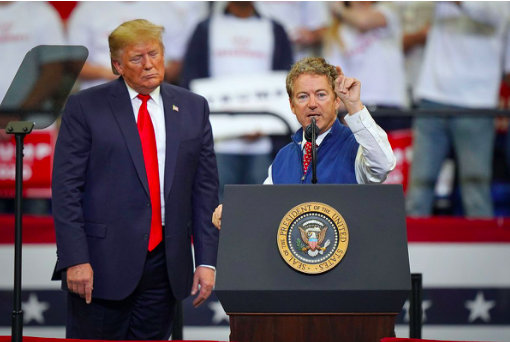 VIEW FROM HERE--If the chief of a fire department purposely refuses to deploy firefighters until the victims curry a personal favor, the public would view such an action as not only a violation of their professional duty but also criminally negligible.

Likewise, if a surgeon purposely refuses to operate on a wounded victim in the emergency room until the victim promises to reciprocate with personal favors, most people would view that as not only a violation of the Hippocratic Oath but a crime.

How is President Trump different?

The Trump administration's decision to delay almost $400 million in military aid was communicated to the State and Defense departments on July 18, according to The Washington Post. The Ukrainian government was not immediately made aware. And based on reporting by David Brennan of Newsweek, "at least 13 Ukrainian soldiers were killed while Trump's administration was withholding military aid from the country from mid-July to mid-September...The men, aged from 20 to 45, are among at least 78 Ukrainian soldiers killed in action up to mid-September this year in the east of the country.”

Why should the ultimate public servant, Mr. Donald J. Trump, President of the United States of America, be held to a different standard than a fire chief or surgeon?

To be fair, his allies want to defend him by claiming that the POTUS has the right to withhold military aid for any reason whatsoever, as Senator Rand Paul has claimed when he said, "I think we've gotten lost in this whole idea of quid pro quo… there's always contingencies on aid."

Paul, however, conveniently evades the main point. This is not about the right of a POTUS to withhold aid. A fire chief or surgeon may have legitimate reasons for withholding immediate assistance (although it is hard to imagine what those circumstances would be). The point is why President Trump withheld the aid in the first place and what were the consequences of him doing so.

Although it is impossible to directly link the deaths of those Ukrainian soldiers to Trump’s actions, a case can be made that he is partly responsible. Trump certainly did not help their cause when he had a professional (if not moral) obligation to do so. And no one on either side of the political aisle seems to deny that withholding aid as an effort to open investigations on a political rival is Constitutional or good for American democracy.