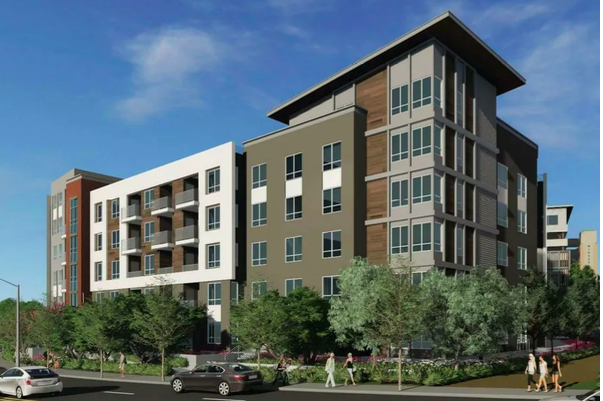 EASTSIDER-A recent Community meeting in Glassell Park highlighted the twin joys of being the next great gentrification target and having no oversight to control the three Council Districts (CD1, CD13, and CD 14) that get to divvy up the spoils.

First, hats off to the Glassell Park Improvement Association, and its Committee Chair, Helene Schpak. They were able to assemble something like 15 panelists from the three Council Districts, Planning folks, Street Services, and Urban Forestry, to take questions and provide answers from the 50 plus attendees who wanted to know, essentially, the “what the heck has happened to our neighborhoods?”

Glassell Park is geographically defined as the set of hills and the flats adjacent to them that are close to downtown LA. The street boundaries around Eagle Rock Blvd. itself run south to north from San Fernando Road all the way up to Colorado Blvd in Eagle Rock, and we also have a lone on/off ramp from the 2 Freeway as you head toward the 134 Freeway to either Glendale or Pasadena.

In a Los Angeles where you already can hardly get from point A to point B, the area has some advantages. For instance, you can drive on surface streets, using the wide arterial Eagle Rock Blvd. to the equally wide San Fernando Road, through Lincoln Heights and into downtown in less than 30 minutes.

The other geographical advantages are the hillsides with their generations-old funky LA look as manifested both in the streets and the houses. Before we were “found out,” these houses were even relatively inexpensive.

We are also divided into the hills and the flats with the concomitant economic divide you would expect. Then we got “discovered” by the developers.

Logically, the Eagle Rock Blvd. corridor should be a discrete entity with a single Council District. LA City politics, however, have little to do with community interests. As a result, we have been chopped into three Council Districts, which have split up the development spoils of the area.

With the advent of gentrification -- a relatively polite word for a process of socioeconomic rapine -- the council members got seriously interested in their skim.

With this economic incentive, plus the usual City Hall gerrymandering, we who live along this transit corridor or in the adjacent hills, are constantly body swapped as the boundaries change among our three Council Districts -- CD1, CD13, and CD14.

Every time there is redistricting, this happens without input from the troops, and it has not worked to our benefit. Witness this recent Community Forum on the state of Eagle Rock Blvd.

Anyhow, at the Forum, there were multiple representatives from CD1, CD13, and CD14, along with folks from the City’s Urban Forestry Division (Street Services), the Superintendent from LA City Bureau of Street Services, and LADOT.

With all this horsepower, you would think that the Panel could answer most of the questions from the roughly 50 audience members. But not so fast.

When asked about the Master Plan for Eagle Rock Blvd, there was deafening silence from the panel, because it turns out that there is no Plan, master or otherwise. Each Council District goes its own way, with little if any coordination. You know, the 15-0 City Council.

For example, when asked about Quimby funds that the developers are required to pay toward local parks, no one could answer the question as to where the plans were or even if there are any, to provide area park land as stated in the statute.

Even more shocking, when yours truly asked about how many new units of housing had been built on Eagle Rock Blvd over the last few years, no one could answer that question either. CD14 could say how many pending permits there were within their Council District, but that was about all.

My personal guesstimate is that upwards of 1000 or so new units have been built among the three Council Districts over the last four or five years. You would think that the City could answer the question.

Ditto for a Master Plan; there ain’t no master plan for Eagle Rock Blvd. So, it’s “c’mon down to the Council Offices and let’s talk.” No oversight, and no answers.

Regarding infrastructure, no one could answer the question as to what -- if any -- plans DWP has for dealing with all this new construction given their very old water pipes and their electrical grid that was never designed for these loads. In fact, the panel seemed surprised by the question.

As to business, according of a member of the audience, a westside real estate investment type named Aram Pogosian has moved on from Silverlake and Echo Park to the Eagle Rock Blvd. corridor. He’s associated with Industry Partners and Engine Real Estate. Reading from Industry Partners website:

“Engine Real Estate is based in Venice, California. Engine's primary focus is gentrifying neighborhoods of Los Angeles, such as Silver Lake, Echo Park, and Highland Park. It's also active in more established areas, including Culver City, Inglewood, Hollywood, and Venice.

Engine’s philosophy is to apply an institutional style and fully-integrated approach to real estate investing. The firm benefits from having a centralized decision making process which allows it to pro-actively monitor the financial performance of its assets.”

Folks, we in the Eagle Rock Blvd. Transit Corridor have been gentrified, and without even a kiss from our elected officials. Affordable housing, my ass.

In a Glassell Park area adjacent to Eagle Rock Blvd., the LA City Planning Commission has just approved a 370-unit apartment building on San Fernando Road, right on the 2 Freeway, which will put a huge new load on both San Fernando and Eagle Rock Boulevards. (Photo of rendering above) This one’s in CD1, god love them.

The cost -- other than whatever the Council offices and PLUM get? A taste of affordable housing. As CurbedLA  put it:

“The project would replace a warehouse and a two-story office building with 370 apartments, 31 of which would be available to very low-income households, plus about 1,900 square feet of coworking space and parking for nearly 600 cars.”

Groovy. This is like TOT on steroids, without the transit. The truth is that the only transit we’re talking about is arterial roadway transit. For cars and some bus lines. And unmentioned is the fact that this monstrosity is going to be right by an elementary school and the Ribet Academy. I’m sure they will appreciate the 600 cars.

By the way, why do they need 600 cars for 370 apartments? Do the people who can afford these units all have two cars? And I wonder how much pollution the apartment dwellers themselves are going to suck in between the freeway and San Fernando Road.

And I would really, really like to know on what basis the Glassell Park Neighborhood Council used to recommend this project to the City. Really.

As long as we are sliced and diced into three fiefdoms, there is no hope for what was once a cool little bedroom community called Glassell Park, with a very diverse population, bordered by San Fernando Road and Eagle Rock Blvd.

The area actually does need a master plan. But what we got instead was Ed Reyes (late of CD1) blocking all hillside construction via BS Hillside Ordinances, overlays, and conditions. Just long enough so he and his PLUM successor, Jose Huizar, could auction off everything in a frenzy of building under the guise of “affordable housing”.

What we really need is redistricting and clean politics, this time to help the community instead of the body swapping exercise the Council currently uses to make sure the elected officials have the bucks so that they can get re-elected until they term out.

God save us, ’cause City Hall won’t.