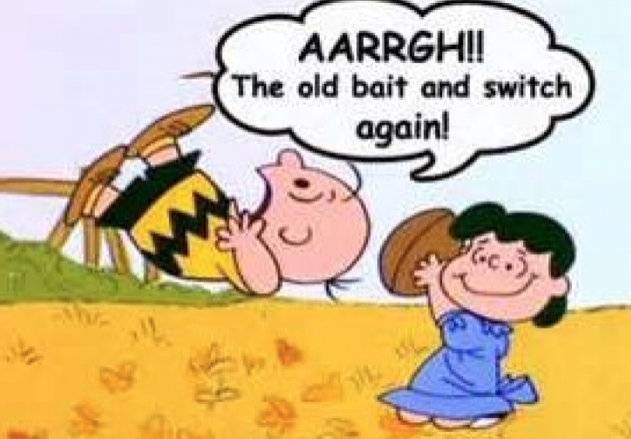 PLANNING WATCH-In 2016-17, Measure S, the Neighborhood Integrity Initiative, scared the bejeezus out of Big Real Estate and its cronies.

To understand what went on, you do not need to be a whistleblower, like the City employee who reported that former Director of Planning, Michael LoGrande, blatantly violated the LA’s revolving door law. For example, in the current Fix the City lawsuit against LA’s Transit Oriented Communities Guidelines (TOC), the dirty tricks were hiding in plain site. Fix the City simply gathered up enough publicly accessible facts to mount a robust legal challenge against the TOC Guidelines. This real estate scam is rooted in the lavishly funded efforts to defeat Measure S, the Neighborhood Integrity Initiative.

The No on S camp responded to the Neighborhood Integrity Initiative with a $13,000,000 corporate campaign, including a flurry of focus group-tested ads misrepresenting Measure S as an anti-housing crusade to freeze every real estate project in Los Angeles. In fact, Measure S would have only impacted a tiny percentage of real estate projects in LA.

Front #3) Offer voters a competing initiative, Measure JJJ. Even though JJJ was filled with loopholes that undermined its stated goals of promoting Measure S’s objectives, its lavishly funded election campaign allowed it to pass. Measure JJJ then turned out to be a bait-and-switch tactic that No on S real estate interests had crafted and funded. 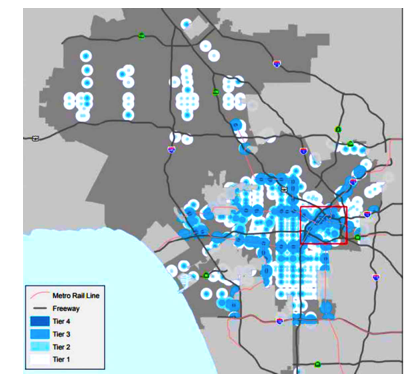 Fix the City’s Case against the TOC Guidelines: These are only four of the many shortcoming and/or differences between what the voters adopted as Measure JJJ and what the City Planning Commission then approved as Guidelines. The Fix the City petition also notes the following:

Smearing the Messenger: It is telling that the news stories and an editorial in the Los Angeles Times (LAT), later reposted in CityWatch, ignore the legal case against the TOC Guidelines. Instead they smear Fix the City as “nimbys.” In so many words these defenders of the TOC Guidelines concede that they cannot rebut Fix the City’s message, so they target the messenger.

In doing so, the LAT also trots out unverified claims about the TOC Guidelines alleged benefits. In effect, they claim that its ends justify its sketchy means. But, a closer look reveals that the claimed benefits cannot be documented. The ends to justify the means do not exist.

LAT: TOC Guidelines have resulted in 20,000 proposed apartment units, 4,000 of which are dedicated to low-income tenants. The City of Los Angeles has no statistics on how many of these TOC apartments have been built, are occupied, and house verified low-income tenants. Developers often sit on building permits for years, and property managers can easily evade pledges to include low income units in density bonus buildings. Meanwhile 4000 affordable rental units are demolished each year.

LAT: TOC units are occupied by tenants who do not drive, and they therefore reduce traffic congestion and cut the Greenhouse Gases responsible for climate change. There are also no facts to support these claims, which are contradicted by hard evidence. If and when they are finally built and occupied, almost all TOC housing is expensive. TOC tenants are upper-income, and they use cars for most trips, either their own or through ride-sharing services. This is why bus and subway ridership continues to fall in corridors with new transit-oriented apartments, exactly what the TOC Guidelines promote. Furthermore, the best measure of traffic congestion, street and intersection Levels of Service, continue to get worse. Anyone who drives a car in LA knows this. Likewise, there is no evidence that pricey transit adjacent apartments reduce Green House Gas levels, which, closely linked to increased driving, continue to rise.

These and similar claims to cover up the irregularities and illegalities of the TOC Guidelines could be easily confirmed or denied. City Hall only needs to monitor the outcomes of the plans, ordinances, and guidelines it adopts or approves. This comprehensive monitoring process is fully described in the General Plan Framework, Chapters 2 and 9. Nothing is stopping City Hall from implementing these provisions and adding supplementary measures, such as Greenhouse Gas and transit ridership levels.

If you want the TOC Guidelines and similar up-zoning schemes to work as claimed, monitoring is a no brainer. But, if these schemes are nothing more than more real estate scams, then monitoring promised outcomes is anathema. Monitoring would quickly document that the claims are false and would therefore expose the scams.

(Dick Platkin is a former Los Angeles city planner who reports on local planning issues for CityWatch.    He serves on the board of United Neighborhoods of Los Angeles (UN4LA) and welcomes comments and corrections at [email protected]. Selected previous columns are available through the CityWatch archives and the blog, Plan-it Los Angeles.) Prepped for CityWatch by Linda Abrams.