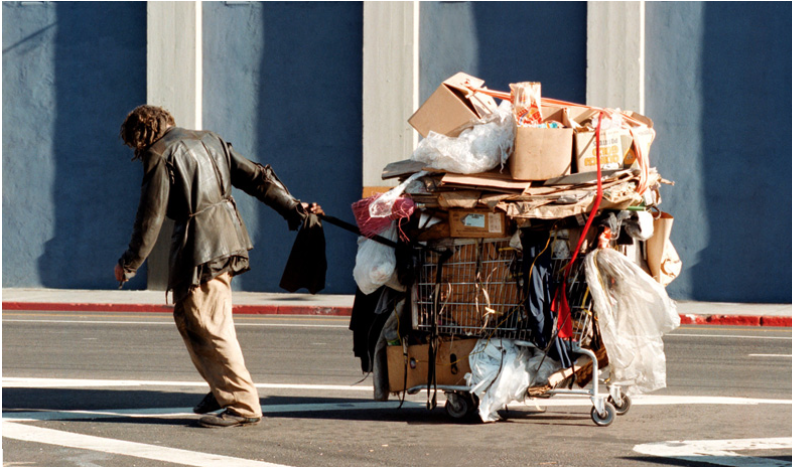 EASTSIDER-Very quietly, the LA Housing and Community Investment Department sent a Status Report to the Mayor and Council this May, giving an overview of Measure HHH Projects to date.

The summary is not reassuring. Isn’t it time for Angelenos to Declare Independence from this turkey?

For those into pain, you can find a copy of the Report here.

Remember, the voters approved up to $1.2 billion in bonds in November 2016 to support “housing and facilities for low income individuals and families,” according to the document. Yet as of May 2019, the City has actually committed to 79 projects for a total of $980,193,610 dollars, to be completed in either 2021 or 2022.

If you peek inside the stats, the 79 projects are going to translate into slightly less than 5400 units at an average cost per unit of $510,000. On the other hand, The Report goes to some lengths to show how equally they have served the 15 City Council Districts, or as they put it, “equitably throughout the City.”

I wrote in CityWatch in 2016, after the Measure passed: LA’s Comprehensive Homeless Strategy - Off to a Not So Groovy Start.

Hoping that the outcry from a lot of my fellow CityWatch contributors, as well as local and national media, would provoke some changes. I might as well have believed in the tooth fairy.

Pitiful would be a step up for this bureaucratic debacle. The current report tells us we’re two to three years out for completion of the 79 projects that are in the pipeline; it’s already been over 2 /12 years since the measure was passed by the voters.

As Controller Ron Galperin recently noted, in Fiscal Year 2018, the Council authorized $86 million of HHH money, of which the City spent a grand total of $4.5 million. That’s right, four and a half million dollars spent in 2018.

And if you go back to the actual ballot measure, they were talking about providing a total of around 10,000 units of supportive housing with the money. That was back in November 2016. At this pace, we will drown in the refuse of the homeless (and the dumping of local businesses who try to blame it on the homeless) before anything realistic is done.

We don’t have time for 3-year and 5-year plans for $500,000 per unit permanent housing schemes.  But there is enough money in the HHH $1.2 billion bond measure to repurpose a big chunk of that money for quick, temporary short-term solutions for the thousands of unfortunate people living on our streets.

The language of Measure HHH itself allows for this. If you look at the Executive Summary of the Mayor’s Comprehensive Homeless Strategy, it says:

“In the short-term, the City must enhance its existing homeless shelter system and transform shelter beds into bridge housing by including homeless case management and integrating supportive health and social services from the County at appropriate levels of caseload via the CES.”

Yeah, sure. How’d that work out for us? LA is a national laughingstock as our residents bail out for greener pastures. The (very cool) website WalletHub.com on July 1st just named the City of Los Angeles as the 135th worst City in America, on a scale of 1 equals the best to 150 equals the worst. Check it out; it’s an illuminating read.

It’s in the interests of all Angelenos that our population has a relatively safe place to rest their heads at night, and a sanitary environment, be it shared housing, micro-units, repurposed vacant apartments or whatever. Not to mention provisions for storage and hygiene.

I don’t pretend to have the answers, and while I’ve come close a time or two, I’ve never actually been homeless in my life. Close doesn’t count, but I suspect that our homeless population is just as diverse in terms of their issues as you and I are.  So let’s try multiple solutions and see what works. Now.

And by the way, how about decertifying some of the BIDs, like the ones in Skid Row that are responsible for a huge amount of illegal dumping. Shame on them. Maybe they should have to live 24/7 where they dump for a while, although it would require City Attorney Mike Feuer to do his job.  Let’s not blame all this mess on the homeless who have no voice.

We’ve tried the 10-year plans of Mayor Garcetti, and the 5-year plans of the Council. What we’ve gotten is what we see on our streets today. Let’s try some quick, varied, and responsive action for a change. Repurpose Measure HHH. We’re the ones paying for the bonds, not City Hall.