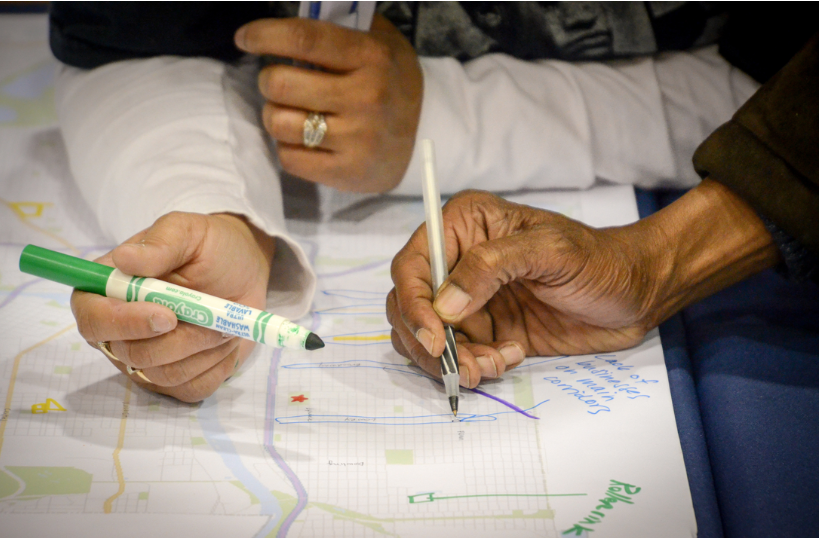 PLATKIN ON PLANNING-Few Angelenos know that Los Angeles has a detailed General (Comprehensive) Plan, including the city’s on-and-off 50-year-old break up with comprehensive planning.

Despite its unplanned appearance, Los Angeles is subject to extensive California State planning laws and guidelines, some dating back a half-century, as well as broad City of Los Angeles’s Charter requirements to prepare a General Plan. But in 2019, there is little to show from these mandates, such as this section in the City Charter:

Los Angeles City Charter Sec. 554.  General Plan – Purpose and Contents:  The General Plan shall be a comprehensive declaration of goals, objectives, policies, and programs for the development of the City and shall include, where applicable, diagrams, maps and text setting forth those and other features.

(a)  Purposes.  The General Plan shall serve as a guide for:

(2)      the development, correlation, and coordination of official regulations, controls, programs, and services; and

(3)       the coordination of planning and administration by all agencies of the City government,  other governmental bodies, and private organizations and individuals involved in the development of the City.

(b)    Content. The General Plan shall include those elements required by state law and any other elements determined to be appropriate by the Council, by resolution, after considering the recommendation of the City Planning Commission. 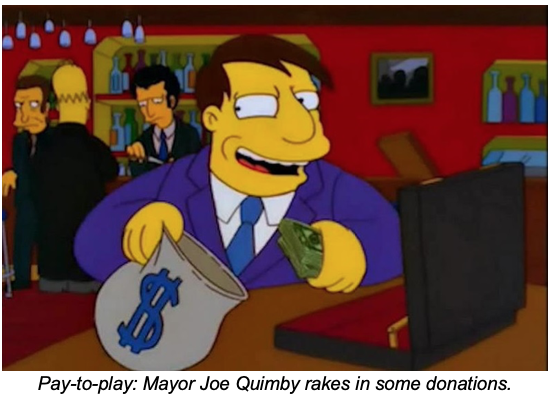 As a result, in 2019 there is little to show from these mandates. Nearly every element of LA’s General Plan is out-of-date. They have different adoption dates, different base years, different horizon years, different formats and typefaces, and different policies. What they have in common, though, is a lack of implementing programs, monitoring systems, and periodic updates.

For most of the past half century, during which Los Angeles has had required comprehensive planning, the episodic efforts to develop genuine General Plan elements were driven by resident-initiated lawsuits, imposed State laws, and Federal EPA consent agreements.

The comprehensive planning process began in 1970, with LA’s first General Plan, the Centers Concept, as well as many smaller plans, most of which have been forgotten. The core concept of the Centers General Plan was that higher commercial and residential density should be placed on mass transit corridors connecting about 50 regional centers. After forty-nine years, however, little of this plan’s proposed mass transit system has been constructed. This is because METRO, the local transit agency, makes its own alignment decisions, independent Los Angeles. Although the City of Los Angeles has subsequently rolled out many ordinances to increase commercial and residential density on METRO’s transit corridors, busses still serve most of these areas, not the light or heavy rail proposed in the 1970 General Plan. 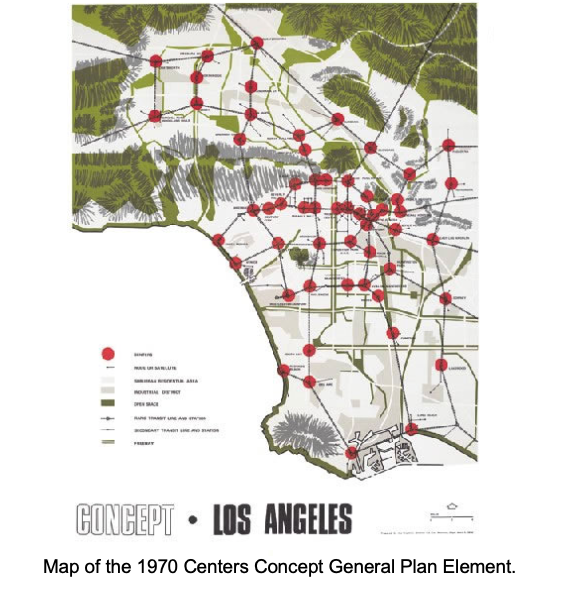 Although the regional centers served by mass transit do contain many new transit-oriented apartments, this new housing has NOT resulted in increased subway and bus ridership. The opposite is the case. The wide scale construction of transit-adjacent apartments has paradoxically resulted in declining transit. This is because the new apartment buildings are expensive. Therefore, they house few tenants who primarily rely on rail or buses for mobility. Low income people, the mostly likely group to use transit, cannot afford to live in these new, expensive apartments built near transit corridors. Furthermore, the City of Los Angeles does not enforce the affordable housing pledges that developers make in exchange for the density bonuses that allow them to circumvent adopted plans and zoning ordinances.

After long periods of deliberate neglect, the city’s General Plan is now a hodge-podge of mandatory and optional elements, most adopted several decades ago, in some cases before young city planners were born. Only two required elements are current, Housing and Mobility. The rest are antiquated, plagued by different formats, typefaces, policies, programs and, when they can be found, varying base and horizon years. (Mandatory General Plan elements in italics.)

The Department of City Planning unit in charge of updating these General Plan elements created a bare bones website in 2017, with only one subsequent post, in 2018.

Putting the Cart before the Horse. In addition, the little planning work that is now taking place is unfolding out-of-sequence. Some zoning ordinances that implement adopted Land Use Community Plans have been rolled out prior to the preparation and adoption of the local Community Plans that comprise the mandatory Land Use Element. Most pernicious of all are many ordinances that allow developers to by-pass the provisions of adopted plans and zoning ordinances. Developers easily get to pass go and collect far more than $200.  They only need to include a small percentage of low-income units in their market real estate projects to obtain extra height, mass (FAR), density, and reductions in zoning requirements. But, because these pledged units are never physically inspected, this lack of on-site verification and enforcement allows landlords to soon charge market rents.

Monitoring: Despite requirements in certified Environmental Impact Reports and the General Plan Framework Element, no General Plan elements are monitored in Los Angeles. Furthermore, a legal challenge by a well-funded non-profit organization, Fix the City, was not able to force the City of Los Angeles to monitor the General Plan’s demographic assumptions, supporting municipal infrastructure, and implementation programs.

Measure S: The most recent effort to require the City of Los Angeles to adhere to the State and City Charter mandated planning process, a 2017 voter initiative, Measure S, would have mandated that the City of Los Angeles quickly update its entire General Plan. It would have also required consistency findings for all discretionary and ministerial building permits and land use approvals.  Major real estate developers heavily funded the opposition, and they easily defeated the initiative. They hired a veteran Democratic Party campaign firm, SG&A Campaigns, which mobilized the non-profit organizations at the base of the Democratic Party (unions, churches, environmental organizations, non-profit housing corporations) to oppose the initiative. The consultant’s No on S campaign also crafted specious, focus group tested claims about affordable housing, lifted word-for-word from the YIMBYs. This convinced many low information voters that planning and zoning reduces housing production, drives up costs, promotes racial separation, and is responsible for the housing crisis.

In fact, their defeat of Measure S accelerated LA’s housing crisis, exactly as the Initiative’s advocates predicted. In addition, the campaign promises of LA’s elected officials, that the Department of City Planning would quickly update the city’s General Plan, helped defeat Measure S. But, like the bluster about housing, this, too, was nothing more than campaign posturing. LA’s General Plan is even more dead-in-the-water than it was before Measure S. Similar to the 1999 to 2013 hiatus, City Hall has not prepared or adopted any new elements in over three years.

Community Plan Updates:  The General Plan’s mandatory Land Use element consists of 35 Community Plans, most of which are two decades old.  Over a span of 14 years, the New Community Plans program has only managed to update six local Community Plans.  Now, to comply with a City Council directive from No on S campaign, City Planning is currently updating 16 Community Plans through a condensed process. These updates emphasize “empowerment.”  It takes the form of coloring maps and giving one-minute speeches at public hearings, both of which create the false impression that local residents are integral to the City’s top-down decision-making process.

Conclusion:  Based on the Los Angeles experience, comprehensive planning could be used to address major major urban problems, like climate change, dying urban forests, and homelessness.  But it can only only succeed when fortified by enormous community pressure and frequent laws suits.  Without those, investors and developers can easily work around required General Plans and implementing zoning ordinances, as they do every day in Los Angeles.

(Dick Platkin is a former Los Angeles city planner who reports on local planning controversies for CityWatch. He serves on the board of United Neighborhoods for Los Angeles (UN4LA) and welcomes comments and corrections at rhplatkin@gmail.com.) Prepped for CityWatch by Linda Abrams.