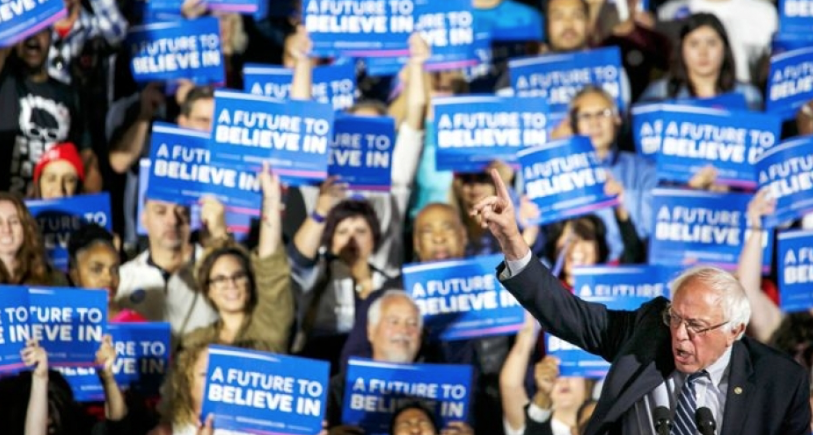 Progressives, in their militant certitude, support left-wing policies that often don’t affect them; it’s the working class that suffers the consequences of these proposals. But the Green New Deal, widely embraced by party leaders, pushed too far, triggering a backlash at the convention. The state’s private-sector labor unions, notably the building trades, organized a “Blue Collar Revolution” protest against the Democrats’ climate legislation.

The Democrats are calling for the elimination of fossil fuels by 2030, which would result in California’s immiseration, especially for workers in the state’s energy-production sector, the nation’s fourth-largest. In 2012, the oil and gas industry employed over 400,000 Californians, but these workers—unionized and well-paid—can expect pink slips with the green package. California’s renewable mandates also threaten the building-trades unions, which count 400,000 members statewide—a sizable contingent, though considerably below the industry’s 2007 numbers.

While new wealth drives demand for expensive housing, building restrictions that stymie expansion into suburbia limit the sector’s growth. Not long ago, building-trade union members were considered part of California’s aristocracy, but they can no longer afford median-priced homes in any of the state’s urban counties. Residential sales have dropped statewide, and California’s rate of new housing permits has fallen behind the national average, making construction workers’ economic prospects even dimmer. And the manufacturing sector has stagnated—this despite a 4 percent national expansion, along with 5 percent and 14 percent growth in neighboring Arizona and Nevada.

California’s working- and middle class can expect this trend to continue as  the state’s climate-regulation polices become ever more draconian. The cost of living will rise, and Californians can anticipate more taxes on items like soda, guns, and tires. Yet progressives ignore the burdens these put on residents in the name of equity and climate change. In an effort to hide their huge carbon footprint, it’s worth noting, Silicon Valley’s tech leaders have transferred servers and relocated facilities to Texas, the Midwest, and China—places with higher rates of greenhouse-gas emissions—and sending jobs out of state, too.

California elites insulate themselves against an economy that saddles workers with high energy and house prices, especially in the state’s less-temperate interior. In mild coastal climates like the Bay Area or west Los Angeles, electricity prices aren’t such a burden, but in inland cities like Bakersfield, summer temperatures regularly soar over 100 degrees, leading to massive cooling costs. In a state with the nation’s highest poverty rate, high energy bills can be devastating.

The blue-collar revolt isn’t limited to a party convention. In an unprecedented lawsuit against the state Air Resources Board—the agency leading the implementation of green mandates—some 200 civil-rights leaders claim that these expensive policies disproportionately affect minorities and the poor. But California’s green-focused press generally ignores them, as do the state’s large media entities. The Walt Disney Corporation, for example, is known for paying pitiful wages to its blue-collar workers. As former Anaheim mayor Tom Tait observed, numerous full-time workers at Disney are homeless. In the Bay Area, meantime, Google and other tech firms have fueled the growth of “car people,” who live in their vehicles because it’s too expensive to rent even a tiny apartment in the region. Many tech workers live hours away from their jobs, increasing the vehicle miles that alarm environmental bureaucrats.

It’s unclear whether a new labor movement could gain momentum in one-party California. Working-class Democrats must pressure the party, with the support of the building trades and other private-sector unions. They’ll need help confronting San Francisco oligarchs like progressive activist Tom Steyer and virtue-signaling CEOs at Apple, Salesforce, LinkedIn, and Hollywood studios, who mandate allegiance to the party’s intersectional platform of environmental, racial, and gender equity. Moderate Democrats have become rare—witness Colorado governor John Hickenlooper getting booed at the state Democratic convention for daring to reject socialism—and once-centrist politicians are tacking further left. California’s Republicans, to paraphrase the late comedian Rodney Dangerfield, are no bargain, either. Their alienation of Latino voters, along with a tone-deaf approach to economic issues, has left them with a small, and shrinking, public presence.

How long can working- and middle-class Californians endure such conditions while being hectored by billionaires and celebrities? An alternative may exist: the development of a pragmatic, solutions-oriented new party, as proposed by former GOP congressman Tom Campbell. This would constitute what the late historian Kevin Starr called “the party of California”—one that doesn’t adhere to a green religion or do the bidding of tech mavens but instead seeks to restore the promise that attracted so many to this peculiarly blessed state.