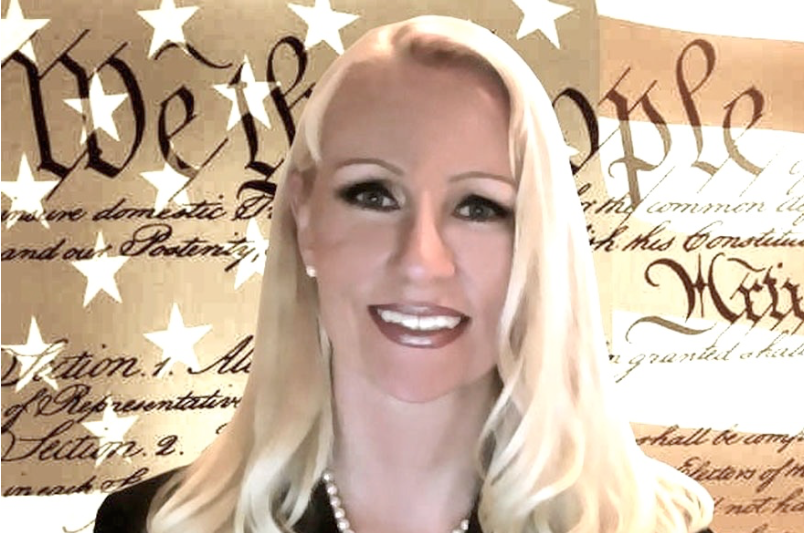 ONE MAN’S OPINION-Alex Datig is the person behind the petition to recall our ‘beloved’ Mayor Eric Garcetti.

Eric has been the longest serving city public official since his election in 2001. (Yes, spring of 2001 which was before 9/11.) Alex Datig is also the person behind something called Front Page Index. “As the twig is bent, so grows the tree.” Thus, it makes sense to scope out Alex by reading his/her/its online publication.

That brings us to a curious feature. Alex is actually Alexandra Datig. What is the history with the name shortening? I know Alexa who tells me about the weather and will play Oldies but Goodies for me, but Alex? Why ask this question in the age of #MeToo? To which I respond, “why use Alex in the #MeToo age?”

Before answering my question, there is the moral question: does it matter? Does reality rest upon the speaker’s identity? Does the homeless crisis evaporate when it is mentioned by an unknown person? Does the crisis become more real when some reputable person mentions it?

Recall, however, is a political action. It will not be a referendum on absolute good or evil. Like impeachment, which is a form of recall, political considerations are crucial to any recall. Pelosi opposes impeachment of Donald Trump due to her political calculations including her belief that the Senate would not remove Trump if the House impeached him. But I digress from discussing Ms. Datig and her Petition to Recall Eric Garcetti.

My point is not that a woman cannot sponsor a morally courageous political movement. (I wanted Hillary to choose Elizabeth Warren as her running mate.) Nor, do I object to Ms. Alex’s background.

Can we follow a political player who fails to disclose the damaging part of her background? The thing which Ms. Alex is foolishly covering up is that she is a former call girl, or as she now postures herself, a victim of sexual abuse. (Both may be 100% accurate.)

Ms. Alex had to realize that people would catch on that she is a she and then realize that truncating her name to Alex was most likely a myopic attempt to conceal her prior profession. She appeared on the John and Ken Show who advertised her as “Alex,” but by the time she appeared, they were calling her “Alexandra.” Of course, as soon as she began to speak everyone would know that Alex was Alexandra. Again, my point is not that a female cannot run a brilliant political campaign for truth, justice and the American way.

Near the end of the radio interview, John and Ken threw in this observation about the homeless.  They didn’t understand how anyone can get constitutional protection by pitching a tent on a sidewalk and then a “run drug or prostitution” ring from the tent. I suppose that the prostitution comment could be a coincidence, but I suspect it was a shot across her bow that they knew.

So Now We Have a Dilemma

Now Angelenos have serious dilemma – Los Angeles’s own Denny Steyer turns out to be a Swiss born prostitute-abuse victim. But she tells the truth which Pravda West (LA Times) and the rest of LA media (except maybe Joel Grover) cover up. Do we shun Alexandra because of her past or because she dissembled as to her prior occupations (as well as her connection with disgraced radio personality Larry Elder) or do we look at the facts on which she bases her Recall Garcetti Petition?

Who Is Behind Those Anti-Garcetti Radio and TV Advertisements?

It’s the DWP Union. On Sunday, June 16, 2019, Brian D’Arcy, the head of the DWP Union, explained on KABC Channel’s 4's NewsConference, hosted by Garcetti’s Chief Sycophant Conan Nolan, explaining, Garcetti’s new Green Deal is absurd and a disaster. Once again, a person with a disreputable past was behind the anti-Garcetti advertisements. Again, Angelenos have a dilemma: with whom do they side, D’Arcy or Garcetti?

The Answer is None of Them

Garcetti presides over a criminal enterprise under the protection of the corrupt judiciary. The fact that corruption results in disaster is not new and in 2006, former Director of Planning, Gail Goldberg, expressly stated that Garcetti’s policies letting developers set zoning was leading to that disaster. Read these words from the LA Weekly (2-27-08):

Soon after taking the job of director of the Los Angeles Department of City Planning in 2006, Gail Goldberg made a declaration that let slip how City Hall is allowing developers to pursue a building frenzy straight out of the storied tale Chinatown.

People suffering and dying in the streets while Garcetti’s billionaires destroy tens of thousands of rent-controlled apartments is a disaster – not that Angelenos give a damn about others’ suffering. What upsets them is that the Piped Piper is leading the rats, fleas and diseases into their neighborhoods.

Let’s be clear about this: Garcetti’s fault is not in not doing something about homelessness. He caused the crisis! We the People were warned by someone who was in a position to know and we ignored her.

What About Measure EE and Joel Grover?

Are We the People beginning to catch on? We knew enough to reject Measure EE which would have done nothing to improve schools. Joel Grover must have hit a nerve since Garcetti refused to talk to him about trash, human feces, rats and biblical type diseases spreading in Los Angeles.

Will We the People let reality sink into our dense pea brains that the city is not growing by leaps and bounds, and we’d be fools to give billions more dollars to corrupt developers. We have 110,000 empty apartments and political hacks like Rep. Karen Bass are calling for giving more money to developers to build more apartments. (Yep, Conan Nolan’s show) As Joel Kotkin and Wendell Cox have been telling us for years, LA is not zooming upwards; the city has not broken the 4 million mark. Our growth rate is down to 21/100th of 1% – which is actually less than zero for the home buying public that is fleeing LA.

LA is becoming a third world city ruled by a tiny cadre of billionaires who couldn’t care less if all of us died tomorrow as long as they could profit from our deaths.