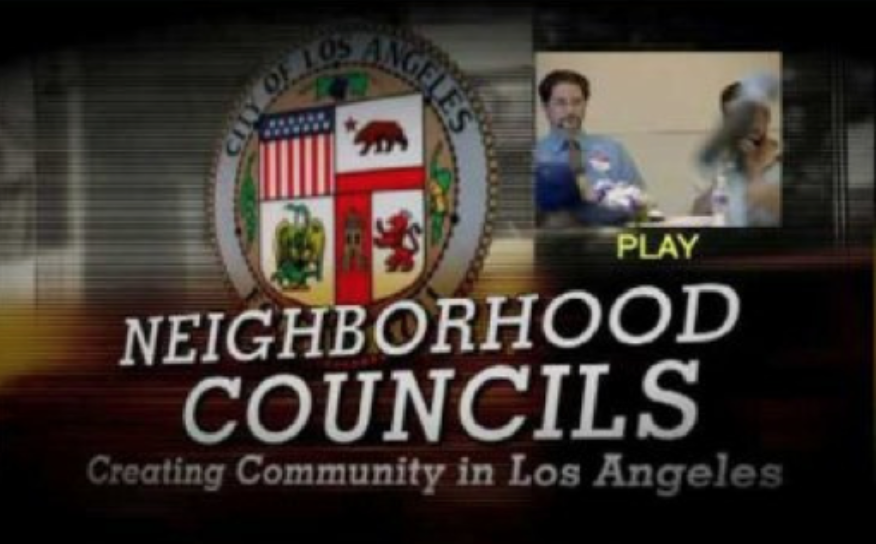 EASTSIDER-Lots of folks have written about DONE GM, Grayce Liu, leaving for a posh City job in the Personnel Department, but she isn’t gone yet. And so far, neither she nor the rest of the City bureaucracy has stopped interfering with the NC system. Consider this:

City Council elected officials make close to $200,000 per year, have no ethics training, funding training, or Brown Act training. The 15 Council members control an annual budget in excess of $10 billion, with virtually all of it going out via a 15-0 voting system.

City Council elections are controlled by a multi-million-dollar statutory system and the races are multi-million-dollar affairs appealable to the Court system. Neighborhood Council Elections are totally captive (read cheap) affairs, totally controlled by a bizarre “Elections Manual” cobbled together by the City Clerk, DONE, and BONC, and are appealable nowhere. In fact, sometimes the NC Board members don’t even have to be elected, as I have written elsewhere.

I recently covered the idea of NC elections being governed by a unilaterally imposed document called the 2019 Neighborhood Council Election Handbook, which grants unlimited power to the City Clerk, DONE, and BONC, who can cancel, change, or modify their own document at will on the 90 plus Neighborhood Councils. You can read the earlier post here.

And we now discover, with the case of the Valley Village NC election challenges, that there is the same-o same-o kiss your ass goodbye if you are silly enough to try to challenge process in place that DONE is famous for. Check out this CityWatch post.

Proving that she is not gone yet, Grayce Liu issued an ex cathedra declaration that the moment a Neighborhood Council is “certified” the candidates take office. Yes, god has spoken. You can find the Los Feliz Ledger post here.  No one in the City establishment contradicted her, either.

Her pronouncement clearly fits right in with the proposition that DONE reserves the right to cancel an election without notice or any provision for rerunning the election, appointing unelected stakeholders to Board seats, and then pontificating that the mess is now a duly elected Board for two years. Jose Huizar would be ecstatic, if he wasn’t waiting for the hammer to fall.

I love this one. As of the date I’m writing this post, you cannot download a copy of DONE’s 2019-20 Proposed Budget! This is too cool to be an error; I’m guessing that they are terrified of any personal accountability, even as they torture Neighborhood Councils over some $35,000/year. My god, a City Council Committee spent more than $35 grand simply trying to write a motion, let alone actually doing anything about it. Foosh!

Here’s how nuts they get about some poor NC Treasurer trying to spend a dime. First you have to get through their “funding portal” to see what DONE actually shows being spent in the prior month. The Board then gets to approve the obvious.

The funding portal lets the Treasurer fill out an online form called a MER (Monthly Expenditure Report), which gets translated into a “can’t change it” PDF file.

Here’s the kicker. If the Board fails to approve the MER for two months in a row for whatever reason, they get a “letter of admonishment” and are locked out of the ability to spend anything. And the Board must approve the monthly MER even if they haven’t spent anything during the preceding months.

Stalin and Putin would be proud. A perfect way to sweep the “unused funds” back into the DONE budget, to provide for their tea and crumpets. I wonder if this bit of solipsism is referred to in the DONE budget I can’t get.

Just to round out our dip into the bizarre world of the City v. Neighborhood Councils, check out this marvel regarding conflict of interests:

“If you ever think you might have a Conflict of Interest, it is strongly advised that you contact the City Attorney's Office to address it immediately. In the worst-case scenario, if a board votes on something where a conflict exists, then the City Attorney's Office cannot represent the person with the potential conflict, and you run the risk of tainting the non-profit you're trying to work with. Being tainted means that the NC cannot give funds to that non-profit until all the current board members of that NC are off the board. If you think you may have a conflict, please contact your City Attorney representative”

Let’s parse this amazing statement. If the only risk of having a conflict under this deal was that the City Attorney couldn’t represent me, I would be a lot better off with a competent outside lawyer. As for “tainting” a non-profit? Please. Half the non-profits that the City Council gives money to are tainted from the gate and it doesn’t slow the Council members one iota from giving them big bucks.

Oh my God! The Board could be “tainted.” Whoee. If this brilliant legal analysis was ever given to the City Council, they wouldn’t even be able to meet. And I suspect we would have a new City Attorney, tout de suite.

Far from the theory that BONC is there to support Neighborhood Councils, our stalwart Mayor, Eric Garcetti, consistently appoints people who think they are in charge of matters, and they predictably come up with more and more nonsensical Rules that the Neighborhood Councils will have to obey.

As a prime example, check out these two Items from the May 20 BONC Agenda. First, sensing that the volunteer Board members don’t have enough irrelevant training to be able to handle a purely “advisory” function, BONC has come up with another load:

Mandated? Can’t these folks get a life? Even the Mayor who appointed them can’t get far enough away from them (and the City of Los Angeles). He’s too busy checking out every airport in the nation except LAX, as he looks for his next gig.

If this isn’t enough, there is yet another constitutionally questionable bit of oversight they seem hot for:

As the LA City Council itself could tell these enemies of free speech, the City of Los Angeles has spent millions of dollars on free speech issues of who can say what to the City Council, much less the Councilmembers to each other. They’ve lost virtually all of them, and paid attorney fees to boot.

So, by what brilliant piece of strategic thinking does BONC think that they have more power over unpaid volunteer Board members than the City Council does overreach other and public comment folks proving that the Emperor has no clothes?

With “oversight” like this, BONC can effectuate their evident goal of choking the life out of what’s left of the Neighborhood Council system.

Under the Charter and the Plan, NCs were designed to be a lean, mean group of people with minimal City interference, whose major function was to hold the City Council and Mayor’s feet to the fire, serving as unpaid watchdogs against a one dollar one vote political system which had become largely corrupted.

Instead, in 2019, NCs are subservient entities to a rat’s nest of three authoritarian entities: DONE, BONC, and yea, even the City Clerk, none of whom are elected, and none of whom provide meaningful support to the Neighborhood Council System. What the hell happened, and why won’t our elected officials fix it?

Why does the Mayor appoint political drones to BONC, and give them rule making authority over the 90 plus Neighborhood Councils? Why do we have a General Manager for DONE who serves totally at the pleasure of the Mayor and does literally anything the Mayor wants?

This is not Charter Reform. This is a travesty. And just where, pray tell, is the LA City Council?