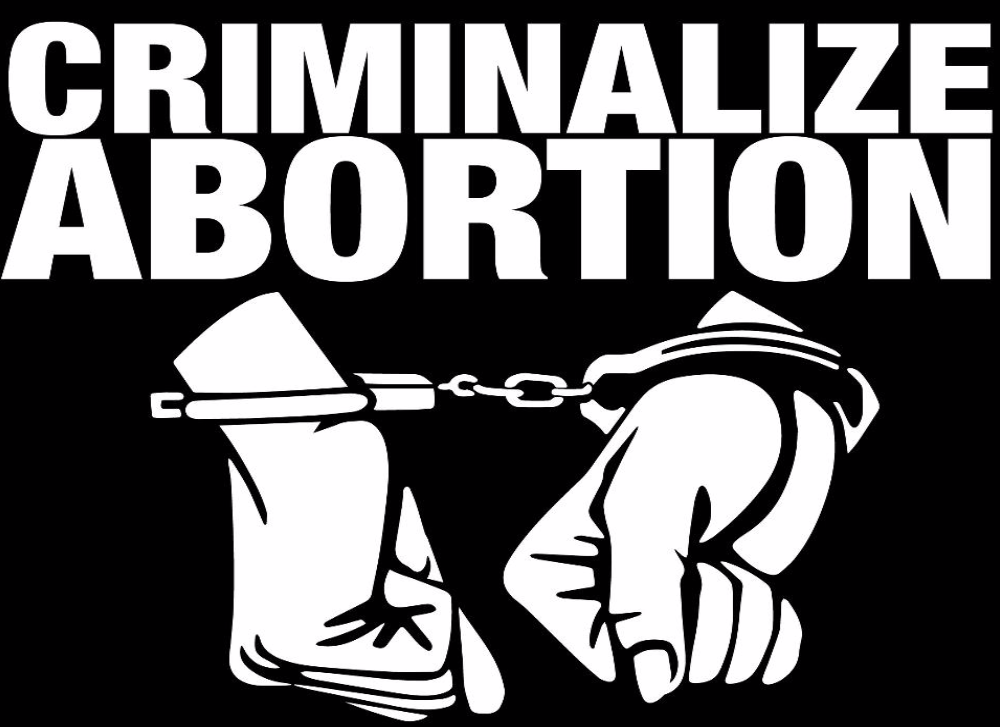 Reproductive rights are a very heated issue, although according to a 2018 Pew Research poll, just 11 percent of Americans surveyed believe abortion should be illegal in all cases.

Despite Donald J. Trump’s patched history on abortion, stacking the court with anti-choice federal judges was one the campaign promises he had endeavored to uphold.

Before Donald J. Trump’s famed Trump Tower escalator descent to formally declare his 2016 candidacy, he had a zig zag change of opinion on reproductive rights, most likely to provide a mea culpa on his past to capture the hearts and votes of Evangelicals.

Back in October 1999, Trump told NBC’s Tim Russert that he “grew up in Manhattan, not Iowa.” “I’m very pro-choice,” he added. “I hate the concept of abortion. I hate it. I hate everything about it. I hate everything it stands for. I cringe when I listen to people debating the subject. But you still-- I still believe in choice.”

By 2011, he was spewing the party mantra at the Conservative Political Action Conference (CPAP). “I am against gun control and pro-life.” Shortly after he announced his run in 2015, a confused Trump told Jake Tapper:

TAPPER: Let me ask you about a few social issues because they haven’t been issues you have been talking about for several years. I know you’re opposed to abortion.

By March 2016, in the midst of the 2016 campaign, he turned a hard right on the issue. At a town hall with MSNBC’s Chris Matthews, Trump announced he had decided that once he would sign new restrictions into law, abortion would not only be banned, but women who had abortion procedures would be criminally prosecuted.

“The answer is...that there has to be some form of punishment.” Women who had undergone abortion procedures would be punished; men involved would not.

Before the airing of the town hall, Trump seemed to have back-pedalled on his stance, issuing a statement:

This issue is unclear and should be put back to the states for determination. Like Ronald Reagan, I am pro-life with exceptions, which I have outlined numerous times,”

Despite his wavering, Trump did issue a campaign promise to stack the courts across the country with anti-reproductive rights judges, in support of what has become the far-right obsession to overturn Roe v. Wade.

Now, halfway through Trump’s term, states appear to be in competition to direct the issue to the Supreme Court, Alabama taking the lead with a near-total ban on abortions. Legislators in Georgia, Ohio, Kentucky, and Mississippi have passed a ban on abortions as soon as a fetal heartbeat can be detected, as early as 6 weeks and before most women know they are pregnant.

Missouri has passed a H.B. 126 that would criminalize abortion at about 8 weeks. The measure now goes to Republican Gov. Mike Parson, who is expected to sign the bill into law. There are no exceptions for rape or incest.

Currently, Roe v. Wade is still law. The bills passed will likely face legal challenges; the Kentucky bill has already been blocked by a federal judge and both Ohio and Mississippi bans are being challenged in court. Attorneys at the American Civil Liberties Union and Planned Parenthood, as well as other organizations, are arguing that the bills are unconstitutional.

Further restrictive legislation is under consideration in a slew of other states, with proposed bills in Florida, Louisiana, Illinois, New York, South Carolina, Tennessee, and West Virginia. Bills in Texas, Maryland, and Minnesota did not pass.  In New York, however, the state passed a law on the 46th anniversary of Roe v. Wade that protects abortion access, as well against criminal prosecution of medical doctors and professionals who perform abortion procedures.

Oregon’s state law legalizes abortion throughout pregnancy. Nine other states, including California, where abortions are currently allowed, though restricted after “viability.” Most Californians have access to abortion providers; only 5 percent of California women reside in a county with no providers, compared to Missouri, where that percentage is 94 percent.

Should the abortion bans be upheld in the other states, women may travel to states like California to receive services, though the woman and anyone assisting her could potentially be charged with conspiracy in Georgia with the law in effect.

Reproductive rights are likely one of the most heated issues facing Americans and will likely be a sticking point in 2020. Under the current administration’s promise to fill federal judgeships with anti-choice judges, this could impact generations.

What can we do? As with other integral issues facing our country, it’s imperative that we vote. In the meantime, we can donate to organizations to defray legal costs and to help women in the states where abortion rights are under attack.

Donate to the ACLU. The American Civil Liberties Union is fighting each ban in the courts. Help defray the legal costs.

Help Women on the Front Line. Donate to ARC Southeast, which supports women in Georgia, Alabama, and other restrictive states. ARC Southeast helps women and their families navigate access to safe, compassionate, and affordable reproductive care.