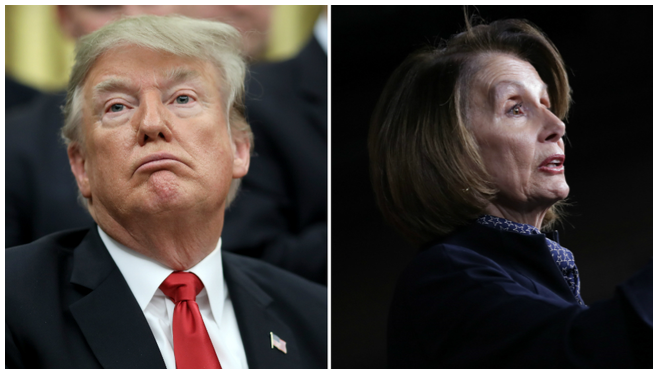 CORRUPTION WATCH-The Threat of Donald Trump: As was evident before the election, Donald Trump suffers from serious psychological impairments.

But due to the imposition of the “Goldwater Doctrine” in the aftermath of the 1964 Presidential Election, the nation has been forced to be Mental Health Deniers. This is due to the actions of a handful of incompetent psychologists who engaged in psycho-babble to discredit Barry Goldwater as mentally unfit to be President. As a result, the nation swam away from psychology like a school of fish swerving away from a shark. Like Climate Change, mentally instability is real. Pretending that Trump is not mentally unbalanced is not a prudent response to what we are seeing.

On the other hand, the American political process had previously filtered out the crazies. We did not elect anyone to public office who had not been through at least a few prior elections, with the exception of Eisenhower, who had been thoroughly vetted all during WW II.

When paranoia led Richard Nixon to threaten the Republic, the leaders of both parties visited the oval office to explain that both parties placed the Republic first, necessitating his resignation. We should also note that Nixon’s mental instability was not as evident as Trump’s, but his paranoia had caused him to engage in and/or ratify criminal behavior. Americans deal with criminality much better than they handle psychological theory. A significant number of voters still have more faith in demons than they do in science. They yearn for the absolute certainty of faith-based answers over the nebulous vicissitudes of theories. As explained previously, Trump suffers from two personality disorders: Histrionic and Narcissistic with paranoid features.

Other Reasons Americans Do Not React to Trump’s Mental Instability

White voters in the Rust Belt had legitimate reasons to be mad as hell. Not only had Obama given Wall Street trillions of dollars, he had sent Whites into bankruptcy and their jobs overseas.Then, Hillary ridiculed them as deplorables while the Dem party bragged that the minorities would soon use their Identity Politics to seek revenge on the Whites. When someone poses an existential threat to your family and only one candidate says he will protect you, you don’t really care if he is a little nutzy coo-coo.

(2) The Dems did Not Think He Would Win

Due to the hubris which engulfed Hillary Clinton while in campaign mode, she never took Trump seriously. She was confident that her Identity Politics’ pandering to the racist anti-white sentiments of the minorities would sweep her into office. She had her pre-election coronation gala. While one can look at various factors and blame Jill Stein or Bernie Sanders, the one thing that was under Hillary’s control was her mouth. She is the one who called millions of voters “deplorables.”

The Threat of Nancy Pelosi

Since Hillary is gone and Saint Obama cannot run again, the de facto leader of the Dem Party is Nancy Pelosi. (The fact that no one thinks Sen. Chuck Schumer leads the Dems itself explains why Chucky Boy isn’t considered the Dem leader.)

We should remember that along with Obama and Wall Street stooge Timmy Geithner, Nancy Pelosi was most instrumental in bringing the tea bagger contingent into Congress. As Obama had been warned in June 2010, his last chance to prevent a huge right-wing GOP surge in Congress was to jettison his regressive, pro-Wall Street economic policies and fire Geithner. Nancy Pelosi’s left-wing Identity Politics not only threatened Whites, but it also gave The White is Right contingent cover to revive White religiosity and racism which has blossomed under Trump. The psychological justification is not complicated. If minorities can be racist, then whites can be racist. We even have a meme for it -- “What’s good for the goose is good for the gander.”

Racist Identity Politics is great for both GOP and Dem fundraising. Trump and Pelosi know that the politics of grievances against Whites or Minorities can fill campaign coffers. When your paramount goal is to rake in the loot, you don’t really care if a house divided cannot stand.

Racist Identity Politics Are Likely to Become Worse After Trump

Pogo Was Correct – It’s We the People

Neither Grumpy-Trumpy nor Money-Mad Pelosi poses the greatest threat to the Republic. We the People are the threat. Who decided to reject MLK’s principle to judge people by the content of their character and not the color of their skin? Who ignored the Declaration of Independence’s claim that each person has inalienable rights including life, liberty and the pursuit of happiness? Who decided that quality of life was less important than ideological purity of group rights? These decisions are made by We the People.

The Republic cannot survive the group rights warfare brought on by our passion for Identity Politics.