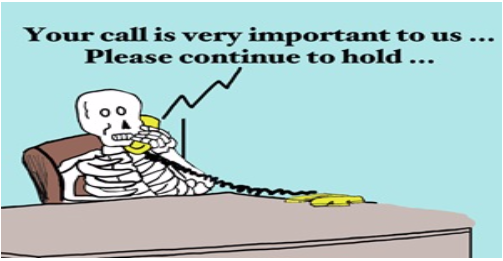 FIRST PERSON-In the past few years, artificial intelligence has rapidly evolved for the purpose of making communication easier.

However, the unaddressed reality is that this technology has been applied in an opposite and counter intuitive way: the result is not communicating.

For instance, when you call a service provider to lodge a complaint -- like how you have been overcharged or how the service doesn't work in some way -- you can spend hours on hold or listening to inappropriate computer-generated options that do not address the specific problem you are having.

This is not an oversight on the part of the service provider, but rather a well-calculated way of overcharging or failing to deliver the reasonable level of service the customer has contracted and paid for. These companies assume that customers will ultimately tire of trying to get help and just accept the dysfunction as standard operating procedure. And given that the other suppliers of these same goods and services are probably doing the same thing, the customer is left with no recourse or viable alternative to communicate with their service providers.

Service and product providers who truly care about their customers offer easy (though perhaps costlier) ways to leave a phone number, email address or text so the providers can respond in a reasonable amount of time. This eliminates the interminable hours customers spend on hold being shuttled back and forth and often being disconnected from one inappropriate option after another.

The practice of giving customers no viable means of communication with providers is not just a commercial phenomenon. Recently, I sent a certified letter, return receipt requested, through the post office. When I received the green delivery verification card which was attached to the letter, it was not signed by the addressee. If not signed for, the mail carrier should have not delivered the letter. But here I was with a blank unsigned delivery verification card and no way of knowing, showing or proving that the documents had been delivered.

The phone number given to me by my local post office to address this problem didn't work. Neither did the online USPS site, which made it impossible to communicate with them by any means. After over an hour of trying to send an email to USPS in search of an answer, I was finally able to send my complaint by email to the site that didn't function initially. This made me wonder if anybody from the USPS had ever attempted to use the site to see if it actually works. Clearly, they haven't.

So, no matter how much you are told, "we value our customers," the worsening reality of endless waiting on inaccessible phone or online sites sends us a completely different message.