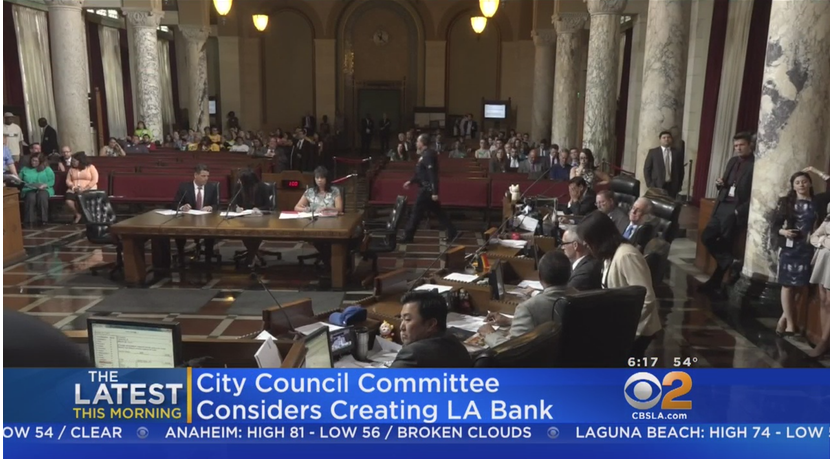 JUST SAYIN’-Election day came and went. And so did the Measure B scheme that would have allowed the City Council to forge ahead and open a local bank.

Did voters read the measure and decide that a bank run by City Council appointees didn’t make sense, given that the city consistently presents a FAUX balanced budget in June yet has a deficit of over 150 million each year? In addition, those voters might have considered the lack of funding for infrastructure repairs, pension deposits and enough money to increase the services stakeholders deserve.

Or did people just assume the whole thing was probably a bad idea?

Either way, one thing’s for sure: the people of Los Angeles are tired of excuses while our city continues in decline.

Hopefully, the LA City Council will take this as a vote of no confidence and get its act together to focus on the delivery of core services for the people of LA.

(Jay Handal is the co-chair of the Neighborhood Council Budget Advocates, is a long-time community activist and writes for CityWatch.) Edited for CityWatch by Linda Abrams.