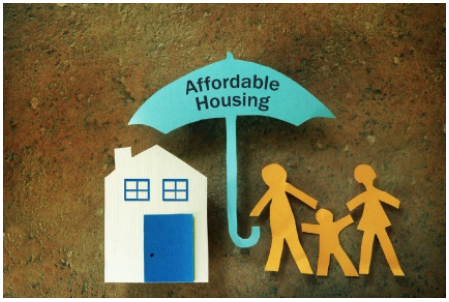 HOUSING CRISIS-Los Angeles, one of the nation’s leading cities, has fallen dangerously behind when it comes to protecting affordable housing. Our city’s housing stock continues to drop daily as more apartments and homes are converted into short-term rentals.

LA City Council and its committees have the opportunity to right our city’s course and protect our residents and valuable affordable housing by passing the Home Sharing Ordinance.

While Los Angeles is making great strides to address the affordable housing and homeless crisis by building new housing and emergency shelters, they have so far been unable to pass legislation restricting short-term rentals that would serve to protect the current affordable housing our city has to offer. Angelenos continue to struggle daily against sky-rocketing rents and a dangerously low 4% vacancy rate.

Short-term rentals (STRs) have played a major part in this crisis, eating up a large portion of LA’s affordable housing stock. Their un-checked proliferation has created enumerable problems within our communities. Landlords have systematically pushed out low-income families in order to operate buildings as short-term rentals year-round, turning entire neighborhoods into tourist districts. These conversions from long-term housing to commercial short-term rentals remove affordable housing from the market, driving up rents for the remaining housing in our communities, and making it even less affordable to live in Los Angeles.

Affordable housing is an integral part of our city. Without affordable housing, many of our city’s residents are left without the opportunity to call LA home. Rent Stabilized Ordinance (RSO) housing brings low-income tenants’ economic stability and protection from rapidly increasing rents. The Home Sharing Ordinance is a chance for LA to protect their tenants and neighborhoods by making it harder to commercialize this affordable housing. By including necessary prohibitions on RSO units in the ordinance, we safeguard tenants against being pressured to vacate their units by landlords looking to convert units to short-term rentals.

The Coalition for Economic Survival and the groups we partner with are not calling for a ban on short-term rentals. We are calling for sensible and comprehensive regulation.  We want laws put into place that regulate short-term rentals and put an end to the commercialization of the industry, while still allowing for law-abiding residents to make extra money participating in the sharing economy. We want laws that place a reasonable, 90-day cap on the amount of time that a unit may be rented per year and that protect tenants in RSO units who would otherwise be left vulnerable to harassment by landlords.

We work daily within our community to fight for safe, healthy, and affordable housing. We have heard the stories from thousands of tenants who have been harassed and pushed out of their homes so that their landlords can operate more lucrative short-term rentals. We know the dark side to the short-term rental industry. These are members of our community, our neighbors, who are being evicted in favor of tourists.

Los Angeles needs short-term rental regulation. No one should live in fear of being evicted or with the pressure to leave their home. Many other cities comparable in size and occupancy have passed short-term rental legislation, including San Francisco, San Diego, Chicago, Austin, and New Orleans. These cities have put into place comprehensive and fair regulations that include registration requirements and caps on the number of nights a unit can be rented per year. It’s time for L.A. to do the same.

Our families, neighborhoods and communities are on the line, and we are in desperate need of a solution. LA City Council – we urge you to protect your communities and the residents who need your help. Pass short-term rental regulations now.

(Larry Gross is the Executive Director of the COALITION for ECONOMIC SURVIVAL (CES) and an occasional contributor to CityWatch.) Prepped for CityWatch by Linda Abrams.