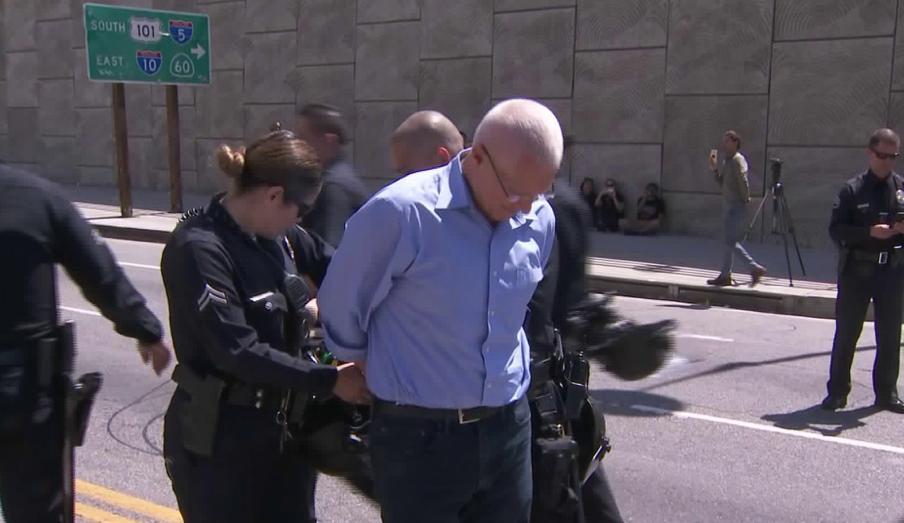 YES, a councilman who stood up for the people!!!

While this sounds very strange, Bonin has always been a champion of the people, although some who hate the road diet would argue against that.

Bonin was at a protest rally against the White House policy of separating children from their parents when he was handcuffed and arrested.

I challenge anyone to name me another council member anywhere in the country who has been arrested for protesting this despicable policy.

IT's a shame that the other 14 were not arrested for protesting as well. This is the time for the elected officials to walk the walk, not just talk the rhetoric.

LA Councilmember Mike Bonin showed he can walk the walk!

(Jay Handal is a long-time neighborhood council activist, is Co-Chair of the NC Budget Advocates and is a contributor to CityWatch.)