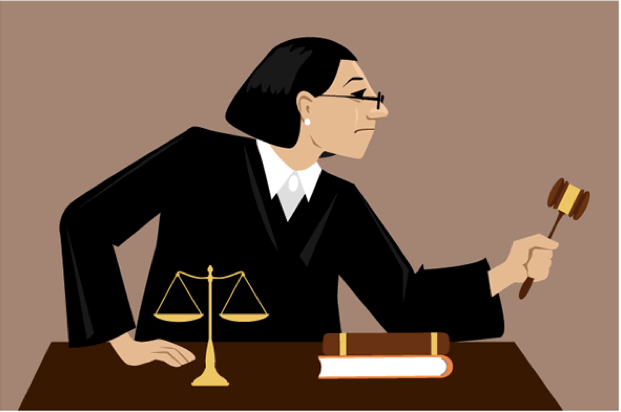 CORRUPTION WATCH-The use of code words has no honest role in clean government. Yet this is exactly what the Chief Justice of the California Supreme Court, Tani G. Cantil-Sakauye, does. Using code words to signal to other people in the corrupt judiciary hierarchy, she makes her dictates known but escapes responsibility for her actions.

Chief Justice Tani G. Cantil-Sakauye, however, has not published a full list of judicial code words.  We understand that there is one for when the Office of Chief Trial Counsel is concealing exculpatory evidence. This code word lets the State Bar judges know not to press for the release of more information as it would tend to show that the State Bar is once again framing innocent attorneys who threaten the judges’ pocketbooks. See May 24, 2010, “Ex-lawyer Jailed 14 Months, but Not Charged with a Crime,”  by Abbie Boudreau, Emily Probst and Dana Rosenblatt.

Here is a code phrase which refers to Chief Justice Sakauye: “critical stakeholder has concerns.”  When these words are used in front of the supposedly independent Board of Trustees of the State Bar [Board], they mean that the Chief Justice wants the Board to “stand down,” i.e. to stop what it is doing because she disapproves. Secret rule by code words subverts the constitution.

This illicit behavior is so widely accepted among the well-connected within the judicial system, that when they have an internal fight, they forget that other people may be watching. In response to the July 31, 2014 complaint of Jayne Kim, the State Bar’s Chief Counsel, about improper activity, the State Bar commissioned the Munger Tolles report. One thing that concerned Jayne Kim was the behavior of the Executive Director Joseph Dunn. In what appears to be an internal feeding frenzy and the devouring of their own, the resulting Munger Tolles report found that Dunn was remiss in his use of the secret code words the Chief Justice uses to make decisions for the Board.

The Munger Tolles report states: “In a memorandum dated May 6, 2014, to the Board Committee on Operations and the Board of Trustees outlining the proposed legislation, Dunn stated ‘[t]here is no known opposition to the measure.’”

The words “no known opposition to the measure” are code words for “the Chief Justice approves.”  Because Dunn did not use the code words showing that Chief Justice Sakauye, in fact, wanted AB 852 “shut down,” he was deemed to have misled the Board.

One should ponder the depth of corruption in the California judiciary in which the State Bar’s executive director is accused of wrongful behavior because he used the wrong code words in order to mislead the Board about the Chief Justice’s secret intent.

Let’s be clear that the Board knows that their instructions come from the Chief Justice. The Munger Tolles report continues:

“No trustee we interviewed recalled any such reference [Sakayuye’s opposing AB 852], nor did his co-presenter at the May 8 meeting Jennifer Wada (though she said she could not rule it out). Moreover, two people who were present at one or more of the meetings, Jayne Kim and Jim Fox, were keenly listening to Dunn’s remarks on this subject, because they were present at the May 1 meeting with Court representatives and were expecting some form of disclosure about the [Supreme] Court’s concerns.”[boldadded] Munger Tolles Report, p 11.

The Board was “keenly listening” for the code words to know what action to take. In case anyone in the world had any doubt that the Board is not independent but does the bidding of the Chief Justice, the report continues:

“Further, the Court’s concerns were plainly material to the decision Dunn was asking the Board to make and therefore should have been disclosed—as he implicitly concedes when he claims that he in fact attempted to make a disclosure of some kind.”  Munger Tolles report, p12.

Let’s remember who is engaging in these coded messages to subvert the constitutional process.  California’s Chief Justice and its State Bar’s Board of Trustees! Chief Justice Sakauye was extensively interviewed for the Munger Tolles Report and nowhere does she exclaim, “I am shocked. Shocked, I tell you, to find the use of secret code words.” Dunn’s crime was his misuse of the code words so that the Board never received Beloved Leader Sakauye’s order to “stand down” on AB 852.

The public and most of the legal profession live under the delusion that trial courts do not alter evidence, that appellate courts fairly review cases, and that the Supreme Court does not disseminate coded messages throughout the judicial system.

Why do the courts behave in this reprehensible manner? Because they can. How do we know they can? Because Gov. Jerry Brown has had the Munger Toller 2014 reports on his desk for years. Yet, the Governor dilly-dallies while judicial corruption grows bolder each day.

What code word does the Governor use to signal Chief Justice Sakauye, the child abusers sitting in family courts, the perverters of justice presiding over criminals trials, the State Bar’s prevaricating prosecutors, the OC crime lab technicians falsifying evidence, judges discriminating against people who “refuse Jesus Christ,” etc., that it is business as usual?

Maybe, silence has become the most powerful code word.

(Note: Author is involved in most of these cases/issues.)