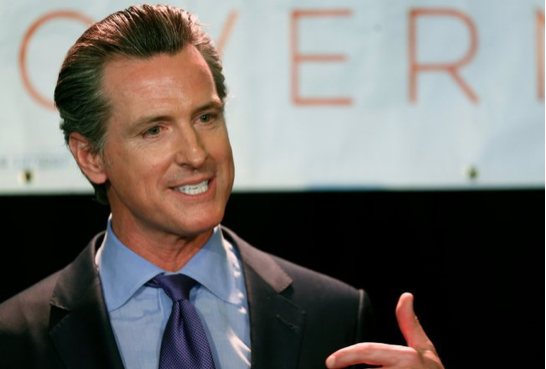 The emergence of the former San Francisco mayor as an outspoken advocate of single-payer amounts to a triumph for the California Nurses Association, the leading champions of Senate Bill 562  – which commits the state to providing health care for all residents without providing key details on how that would be achieved. Despite the lack of details, the bill – known as the Healthy California Act and co-sponsored by Sens. Ricardo Lara, D-Bell Garden, and Toni Atkins, D-San Diego – passed the Senate on a 23-14 vote last June.

But Assembly Speaker Anthony Rendon, D-Paramount, incensed the nurses’ union later in June when he shelved the bill, declaring it “woefully incomplete.” Rendon cited its failure to identify how it would pay the estimated $400 billion that SB562 would cost per year – more than triple the state’s general fund budget. He also faulted the measure for violating spending limits in the state Constitution and for not making the case on how California would get many needed federal waivers to proceed.

In January, Rendon repeated his criticisms, saying there had been no progress in making SB562 into a serious legislative proposal.

But with polls showing national Democrats consider single-payer health care a high priority, Newsom is eager to take advantage of their enthusiasm. Yet while it may help him in the short term in the run-up to the June primary, it is unclear whether backing SB562 will be popular with the broad electorate in the long term.

A May 2017 poll by the Public Policy Institute of California found that 65 percent of adults surveyed support single-payer health care – but that the number plunged to 43 percent when those being surveyed were told substantial new taxes would be needed. A follow-up PPIC poll in September found just 32 percent of likely state voters backed single-payer.

Another sign that single-payer support may have its limits has been the collapse of an effort to recall Rendon that was launched last summer after he blocked the advance of SB32. The bid received national attention after an Associated Press story depicted it as one more sign of how divided California Democrats had become.

But the recall campaign unceremoniously ended in early February, with organizers saying they were now focused on defeating Rendon’s bid for re-election – not on recalling him. To force a recall vote, 23,000 petition signatures would have to be gathered. According to the Los Angeles Times, the most recent official report on the recall campaign filed with the state showed no signatures had been gathered.

Public and private polls for months have generally shown Newsom to be leading Villaraigosa, with Chiang, former Superintendent of Public Instruction Delaine Eastin (a Democrat) and Republican candidates Travis Allen, a Huntington Beach assemblyman, and Rancho Santa Fe businessman John Cox substantially behind them. But the last poll by PPIC, released Feb. 7, showed a statistical dead heat, with Newsom getting 23 percent and Villaraigosa 21 percent – within the poll’s margin of error.

(Chris Reed is a regular contributor to Cal Watchdog. Reed is an editorial writer for U-T San Diego.) Prepped for CityWatch by Linda Abrams.