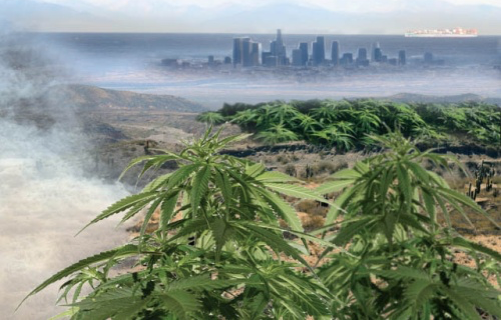 Existing medical marijuana dispensaries that are Proposition D-compliant will get first priority in licensing under Proposition M.

Prop. D provides limited immunity to medical marijuana businesses that meet specified requirements by maintaining dispensary locations in Los Angeles to the number open before 2007 and raising taxes to $60 per $1,000 of gross receipts. Prop. M enacted the city council’s ordinance to regulate and tax marijuana in light of Prop. 64, which legalized recreational marijuana statewide after it was approved in November 2016.

Yet, after a cursory look at where legal cannabis marketplaces can be located across the county, it becomes immediately clear that there will be expansive retail pot deserts since other cities in Los Angeles County continue to be more restrictive of legal cannabis.

The retail cannabis locations allowed in Los Angeles under the new ordinances include:

This includes the Lemon Grove, South Bronson, Windsor, Camerford, Waring, and Gregory lots under the Paramount Pictures Specific Plan; or

Aside from these designations, a retail shop can be located outside a 700-foot radius of schools, public parks, public libraries, alcoholism or drug abuse treatment facilities, daycare centers and permanent supportive housing. Retail shops must also be outside a 700-foot radius of any other retailer or microbusiness commercial cannabis activity with on-site retail sales, which is licensed by the state of California and licensed by the city to engage in the commercial cannabis activity defined in this section.

These 10 planned zones form a green belt across the northern part of the city, with the exception of Jordan Downs Urban Village Plan, which is one of the southernmost locations where retail pot dispensaries will be able to open.

All license applicants in Los Angeles now need to pay attention to “Undue Concentration,” which means that the premises of a cannabis business must be situated according to a specified ratio of license to population based on U.S. data and updated by each decennial census.

Businesses in a geographical area of Undue Concentration have to file with the city clerk, on a form provided by the Department of Cannabis Regulation, a request that the city council find that approval of the license application would serve public convenience or necessity, supported by evidence in the record. If the city council does not act on a request within 90 days, it will be deemed to support public convenience.

(Terelle Jerricks is the Managing Editor of Random Lengths News where this piece was first posted.) Prepped for CityWatch by Linda Abrams.