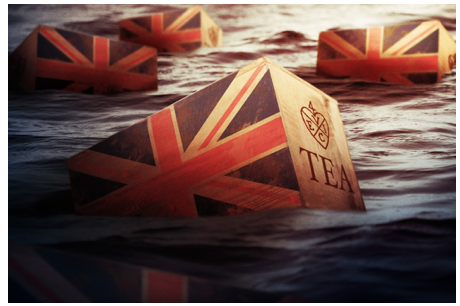 PERSPECTIVE--Remember being taught about the Boston Tea Party? The patriots of Boston finally had enough taxation without representation. Well folks, get your tea bags out and ready.

The City of Los Angeles is divided into 15 equally populated council districts with supposedly equal representation in City Hall, each with an elected councilmember.

In addition to the City Council, Los Angeles has approximately 49 different commissions and boards ranging from Public Works to Planning, Airports, Harbors, Police, fire, Innovation and performance to name but a few.

Nearly all the commissions are volunteer positions and appointees of the Mayor. Only the Board of Public Works is a full time, paid Board. The power of these Boards varies but most directly affect you. Well equal representation ends there. We the people of the Southwest San Fernando Valley are greatly under-represented on the commissions.

Mr. Mayor, you frequently proclaim to be a Valleyite, but it seems that you ignore the fact that Valley citizens live further west than Encino.

Does the Mayor not realize that CD 3 also has fires, and crime, and homelessness, not to mention we are paying through the nose for the electricity and water provided by the DWP. Why is there no one from CD3 on the DWP Board since we pay the highest per square foot residential utility bills in the City?

Why do we not have any representatives from CD3 on so many of the commissions?

Why does CD4 have 5 commissioners on the Planning Commission and CD3 none.

Even CD 12 has more representatives and truth be told Mr. Mayor, they are closer to Canada than City Hall. Are commissionerships correlated to political contributions? I hope not sir. I believe that politics should not supersede what is good for the whole.

On the bright side, we are slightly better represented than CD8 which has 6 commissioners, CD 2 which has 5 commissioners and CD 9 with a meager 3.  There are also 16 commissioners without any published affiliations and 10 from “outside the city”.

Mr. Mayor, at your convenience, I want to invite you to visit us here in the desolate tundra west of White Oak.  I hope soon to personally introduce you to the many good people, smart people and fair people that would be honored to serve the City of Los Angeles from the Southwest San Fernando Valley.

History will be written by the Mayor’s next appointments which I hope will be equitable so the “beautiful” LA River does not run red from the dumping of Ye Olde Royal English Breakfast Tea, decaf I’m sure.

(Scott Silverstein is an attorney and an activist. He lives in the San Fernando Valley.)