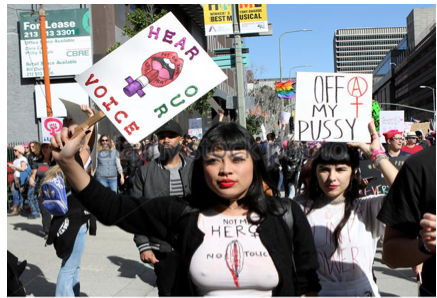 BCK FILE--Since I last wrote about what seems to be an epidemic of sexual assault and harassment, we’ve watched numerous male actors come forward with accusations against actor Kevin Spacey who responded in social media to the first accuser with an apology for something he did not remember, washed by a coming out statement, which has brought ire from many in the LGBTQ community and others. Spacey has since been booted from Netflix, as well as his publicist and representative.

In New York, the New York Police Department is busy collecting evidence for a rape charge against Harvey Weinstein. And longtime investment fund manager Howie Rubin has been accused of human trafficking, violent rape and assault in a $27 million lawsuit by three Florida models.

In response to the numerous high profile allegations across a variety of industries, from Hollywood to Silicon Valley, the media to Wall Street, an increasing number of survivors have come forth with their stories of sexual assault through the #MeToo social media campaign. The focus of that campaign, started by Tarana Burke, is to continue this push to bring sexual assault out of the dark and to end normalization of rape culture.

Women and their supporters are taking this to the streets. On November 12, the Feminist Majority Foundation, Civican, and We for She are holding a Take Back the Workforce March, starting at 10 am at Hollywood for speeches. The march to CNN will begin at 11 am.

The March Facebook page reads, “We are marching in protest of sexual harassment in the workplace and to send a message to the people who commit it and to those who are complicit by allowing them to do it and covering it up.”

Author and comedian Tess Rafferty, a march organizer, wrote, “"We're also looking at specific legislation and policies in our government that we can demand be implemented so that no man or women, regardless of the industry, has to face this ever again.”

“For every Harvey Weinstein, there’s a hundred more men in the neighborhood who are doing the exact same thing. The conversation around harassment in Hollywood will broaden to include other industries if we force it to! It’s not going to do it on its own. Sexual violence really doesn’t know a race, a class, a gender. It can happen to anybody. The response to sexual violence, on the other hand, can be highly racialized and highly gendered. What we’re seeing, at least for now, is a unity of survivors, a community of survivors that have grown out of this #MeToo viral moment, that I’m just hoping and praying that we can sustain.”

The host of the #MeToo March is Brenda Gutierrez, lead organizer of the march who is a rape and assault survivor.

The group is working on outreach to groups that address workplace assault, assault in the military, on college campuses, in prisons, and on the streets, as well as statutes of limitations and issues specific to transgender people, children, and assault by family members.

TAKE BACK THE WORKFORCE MARCH

1pm - ME TOO rally starts