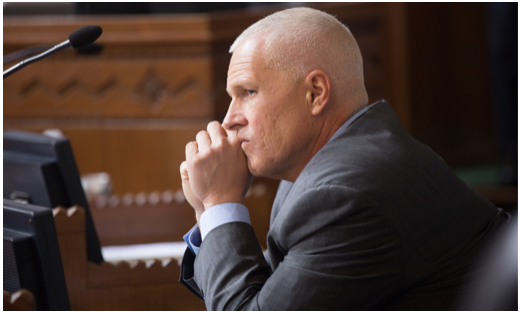 THE PREVEN REPORT-There's no better way to describe it: the vehemence with which Mr. Bonin reacted upon learning that our August 17 CityWatch article about his "road diet" policies ("But Councilman Bonin, You Promised!") had been posted on the Facebook page of the Palisades News, which is the Pacific Palisades' hometown newspaper.

Within minutes of the article's Facebook debut, Bonin's Deputy Chief-Of-Staff David Graham-Caso added a comment to the post denouncing our piece as "glaringly inaccurate." We added a "reply" to his Facebook comment and a brief but very heated Facebook interchange ensued. It's worth reading that interchange, which gets a bit ugly, because it speaks to Councilmember Bonin's credibility on the "road diet" issue. 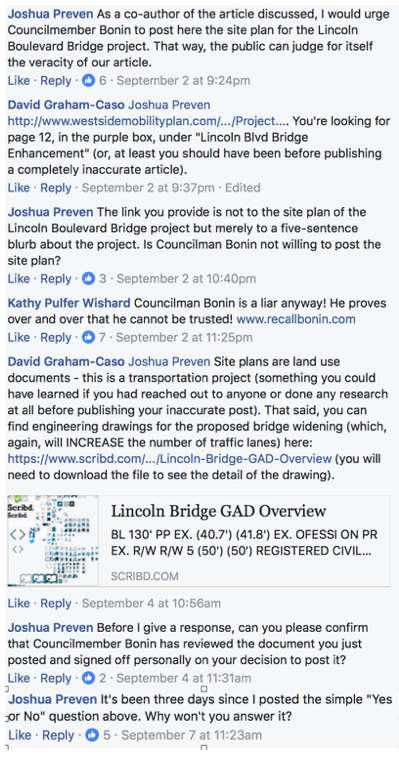 Here are live versions of the links which appear in the screenshot above:

At this point, it's been three weeks and still no answer from Councilmember Bonin, who we know from an email was aware of Mr. Graham-Caso's abrupt retreat from the dialogue.

Perhaps the reason Mr. Bonin won't respond is that he knows the document posted by Mr. Graham-Caso is a long defunct 2010 drawing with no meaningful connection to the project as it stands.

At least $1.5 million has been spent over the past five years on designs for the Lincoln Boulevard Bridge project -- virtually all of that money allocated because of motions introduced by Mike Bonin. An elaborate feasibility study was completed in 2014 by Fehr & Peers.

Where are the real plans for the bridge? Why is Councilmember Bonin posting old news?