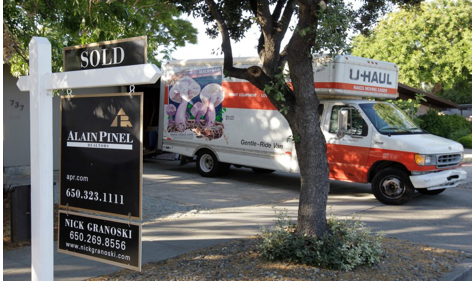 NEW GEOGRAPHY-In its race against rapidly aging Europe and East Asia, America’s relatively vibrant nurseries have provided some welcome demographic dynamism. Yet, in recent years, notably since the Great Recession and the weak recovery that followed, America’s birthrate has continued to drop, and is now at a record low.

Nowhere is this decline more marked than here in California. Once a state known for rapid population growth, and above-average fecundity, the state’s birthrate is also at a historic low. The results are particularly dismal in coastal Southern California. Los Angeles’ population of people under 17 already has dropped a precipitous 13.6 percent, with drops even among Latinos and Asians, while Orange County has fallen by 6 percent since 2000. The national growth, in contrast, was up 2.2 percent. Despite claims that people leaving California are old and poor, the two most recent years of data from the IRS show larger net losses from people in the 35 to 54 age group. Net out-migration is also larger among those making between $100,000 and $200,000 annually. This is your basic child-bearing middle class.

Why are we eating our seed corn?

Why is this shift to an increasingly child-free population occurring more in Southern California than elsewhere? One logical source may be housing prices, particularly near the coast, which present a particular problem for middle-class, middle-aged families. In contrast, the growth in the number of children under 17 is much higher in more affordable metropolitan areas such as Dallas-Fort Worth, Atlanta, Phoenix, San Antonio, and Charlotte and Raleigh in North Carolina.

Housing affordability certainly drives migration. Major metropolitan areas where the cost of housing is at least four times that of annual incomes have seen a net out-migration of 900,000 since 2010. This compares to a net gain of 1.1 million in the more affordable areas.

Hardest hit of all are the groups who will dominate our future — young people, minorities and immigrants. California boomers, as we discussed in a recent Chapman University report, have a homeownership rate around the national average, but for people aged 25 to 34 the rate is the third-lowest in the nation, behind just New York and Washington, D.C. The drops among this demographic in the San Jose and Los Angeles areas since 1990 are roughly twice the national average.

It is no surprise, then, that places like Southern California have also seen a decline in the next demographic group: people between 35 and 49, who are generally the age of parents, and also tend to be at their peak earning years. The one population group on the upswing is seniors, particularly in Orange County, who bought their homes when they were much less expensive.

These changes will define, and perhaps undermine, our economy by creating a dearth of new workers. Between 2013 and 2025, the number of high school graduates in our state is expected to drop by 5 percent, compared to a 19 percent increase in Texas, 10 percent growth in Florida and a 9 percent rise in North Carolina.

Some, of course, may hail these trends. Environmental activists and their allies in the density lobby generally prefer a childless population, both to cut greenhouse gas emissions and to expand their influence. Some tech-oriented futurists may even suggest that robots will replace all but the most skilled of workers, making additional children more a burden than a blessing.

Yet, for California employers -- at least until the technological nirvana -- a labor shortage, particularly in skilled trades, could prove troubling in the near-term, and even medium-term, future. Historically, California could count on migration from both the rest of the nation and abroad. But this seems to have changed dramatically. The state has lost more domestic migrants than it has gained since at least 2000. Net immigration, the other lodestone of our labor force growth, has also slowed.

In the immediate future, California businesses will have to rely on people who already live here. Though it was once a state of outsiders, California is increasingly made up of people born here, particularly in the southern part of the state. In contrast, the percentage of people born outside has risen dramatically in cities with dynamic economies, such as Dallas, Fort Worth and Austin, Texas; Charlotte, N.C., and Nashville, Tenn.

This suggests the need for a dramatic change in priorities. To date, the state’s policy has been to push high-density development, which seems likely to attract younger people without children more than families. An increased supply of more affordable, family-friendly housing -- whether on the periphery or infill in redundant urban spaces such as retail and abandoned industrial buildings -- would constitute a good first step. The state also needs to consider reversing its fiscal policies by reducing taxes on income, which hit upwardly mobile families hardest, as well as on sales, something that beggars the working class.

All too many Californians, particularly along the coast, must make a choice between having a family and staying in the place so many have learned to love. This is not worthy of either our state’s vibrant heritage or a supposed commitment to social justice.

(Joel Kotkin is the R.C. Hobbs Presidential Fellow in Urban Futures at Chapman University in Orange and executive director of the Houston-based Center for Opportunity Urbanism (www.opportunityurbanism.org. This piece was posted earlier at New Geography).  Prepped for CityWatch by Linda Abrams.