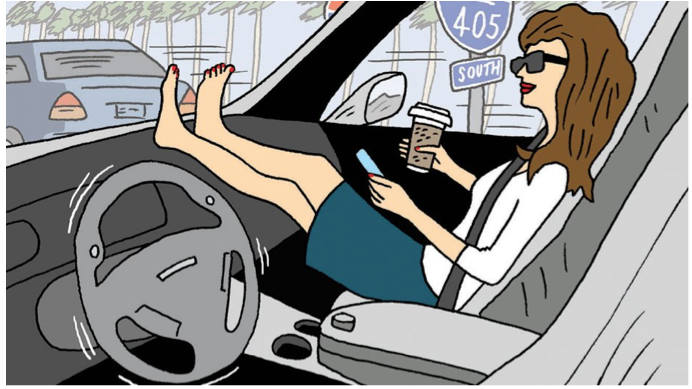 CORRUPTION WATCH-The recent user poll from METRO is pure propaganda based on absurd claims designed to benefit only the super-duper rich.

The reality that threatens the trillion dollar rapid transit industry is that the individually owned car is the greatest transportation invention in the history of the world and it is about to become tremendously more popular. Within a few years, Americans will understand the criminal fraud behind the deception to get them to invest in fixed rail intra-urban transit. (We are not talking about long distance rail like the Bullet Train.) Politicos, a few land owners and mega construction corporations want to soak us for as much cash as possible, as soon as possible, before we see the next stage of the individual car.

Soon, all cars will be electric, thereby removing auto emissions as a factor in toxic air. In fact, the conversion of cars to electric will be a gigantic stimulus for the conversion of our nation to clean renewable energy. It does not take a rocket scientist to realize that powering electric cars by burning fossil fuels in the deserts is not a smart idea. Thus, within a few years, cars will be pollution free.

No other invention has felt more simpatico with the American psyche than the individual car.

According to the Detroit Free Press, “Statistics kept by the nascent Automobile Club of America recorded that in 1909 there were 200,000 motorized vehicles in the United States. Just seven years later, in 1916, there were 2.25 million.” Other than sex on the Internet, Americans have never taken so rapidly to an innovation as they did to the personal car. Self-driving automobiles will only increase our love for individual cars.

(1) America was founded on individual liberty and we will resist all efforts to turn us into a collectivist society in which we ignore personal inconvenience and reduce our standard of living for some mythical benefit to some amorphous “whole.” Madison Avenue is who defines the collective good and it always favors Wall Street over Main Street. That is why the Obama Administration gave trillions of dollars to Wall Street while allowing Main Street to go bankrupt.

As the data show, Americans overwhelmingly prefer personal cars over mass transit. A huge factor is that one’s car goes from portal or portal while mass transit requires some walking. Mass transit can never solve the “last ½ mile problem,” and thus, Americans will always abandon mass transit even if they have to move 1,000 to 2,000 miles away from Los Angeles to Texas to do so.

(2) The American dream of a detached home with a yard and some fruit trees away from the crowded urban core is stronger now among Family Millennials than in the prior generation, the GenXers. In a circular urban area with a radius greater than 5 miles, mass transit cannot serve the suburbs. It is a matter of mathematics. One can prove this by drawing several concentric circles on a piece of paper and then trying to figure out where to put a subway stop every ½ mile. Despite decades of anti-sprawl propaganda, Americans still prefer detached homes away from the core, and if that means consuming thousands of square miles of scrub brush in the desert, so be it. The solution to traffic congestion is not dense high rises but decentralization so that people do not commute toward the core areas.

(3) When our attention to the act of driving is no longer required, we can tend to many other matters while in the car. Businessmen can read their emails and return phone calls. People can simply watch TV in order to relax on the trip between office and home. In fact, people can grocery shop while driving to the store so that their order is ready to be loaded into their cars when they arrive at Ralph’s. Thus, the length of time it takes to commute will not be that important since it can be productive time. Commuting will become compatible with many of our activities.

(4) Self-driving cars will do many of our errands for us. We need to take a longer range view of the car because mass transit will be a financial burden lasting 100 years or more. Thus, innovations we know will be here within a couple decades must be taken into consideration now. Already, we have refrigerators that can order more milk, butter, and OJ for us automatically. We have a set order for dog food set for every six weeks and Chewy leaves it on the front porch. There will come a time when our own car can go by itself to retrieve what we just purchased from Ralph’s. The automated store will have selected and bagged the items and be ready to load the groceries into our cars.

(5) The other vital transportation revolution is Tele-Presence, aka Virtual Presence. This will be the advent of huge wall monitors in our homes with ultra-wide broadband so that many "errands" requiring us to leave our homes will become virtual trips instead. As a result, the number of trips we make outside the home will be greatly reduced. For example, lawyers will no longer need to physically go to the office or even to court for most hearings. When a hearing is set to last only 5 minutes, why should two lawyers drive to DTLA, charging their clients $1,000 each for an appearance, when they can appear via Virtual Presence and charge only $50?

The interrelationship between Virtual Presence and the personal car should be understood. Since the number of physical trips one makes will be reduced, fewer people will be on the freeways and surface streets. That means traffic congestion will be reduced. This is very bad for the billionaires and politicos who have trillions of dollars at stake in subways and fixed-rail intra-urban transit.

A Virtual Presence network will allow a businessman or woman to simultaneously meet with suppliers in India, with the production facilities foreman in China, with a lawyer in New York, and a marketing consultant in Mexico. Each will see and hear each other and interact as if they were in the same room at the same time. Given this innovation, who will agree to invest trillions of dollars in fixed-rail mass transit when for 1/10 of the investment they can have Virtual Presence take them simultaneously to Paris, Guadalajara, Beijing, and Perth within one second?

The great danger facing Los Angeles is that we are investing hundreds of billions of dollars to greatly increase the density in the Basin and for mass transit that no one will want. On the flip side, we cannot stop automobile electrification and self-driving cars, nor can we stop Virtual Presence.

The handwriting is on the wall. To date, Los Angeles’ biggest financial disaster resulting from the corrupt union of mass transit and development is the Hollywood & Highland Project. It cost $625 million to construct and a few years later it sold for only $201 million with an additional $30 million taxpayer loan to change the Kodak Theater to accommodate the Cirque du Soleil. “Everyone” seemed to be sure that Cirque du Soleil would be a huge success since Metro has a subway stop at Hollywood-Highland.

The reality is that so few people came to the Kodak Theater that Cirque du Soleil had to move out after two years. Now, Hollywood & Highland is the most dangerous intersection in the nation. The $424 million loss there has not deterred the City from investing billions of tax dollars in mass transit and mixed-use projects while ignoring electric cars and Virtual Presence. LA is investing in 19th Century choo-choo trains and early 20th Century high-rise construction while turning its back on the 21st Century.