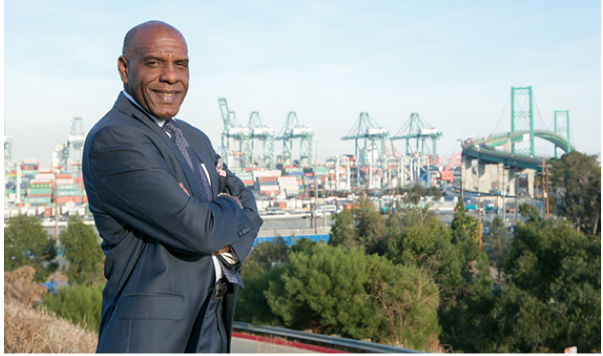 EASTSIDER-Mendacity is generally defined as “an act of not telling the truth.” It also has a bunch of helpful synonyms, like deceit, deception, falsification, fraud and lying. I think it is a great word, and according to the Cambridge Dictionary, “Politicians are often accused of mendacity.”

After a great deal of searching, I believe that I have found the poster child for mendacity in the form of California Senator Steven Bardford, who recently introduced SB 163, which makes it easy for political candidates to live outside the district they want to represent.

Obviously a great mind at work. The reason that we have residency requirements is that we have a new political class, the lifer elected officials who go wherever there are safe races after being termed out in their current gigs. The idea is that, at a minimum, an elected official should live and work in the district that elected him or her. You know, like the pre-term-limits days, when politicians actually had roots in the communities they represented.

Well, no mas, and if Senator Bradford has his way, no penalty for living far away from the community you seek to represent.

I am obliged to mention a few examples of elected officials who got in trouble over this. Yvonne Burke, of course, but she got a pass by declining to run again for office. Our very own Richard Alarcon (and his wife) who got convicted of perjury and voter fraud, but later got it tossed out by an appeals court on the grounds that the judge gave “improper jury instructions.”

On the state level, Senator Roderick Wright got popped for the same thing, lying about where he actually lived. In this case, I guess the jury instructions were ok, because the appeals court upheld the conviction last year.

While Alarcon and Wright are the poster children for this kind of behavior, they are far from the only ones. As the Sacramento Bee reported back in 2014, there’s a whole list of them.

Most go unprosecuted, partly because of the fact these are not slam dunk cases, and I suspect most also get a pass because the District Attorneys who should prosecute these cases are elected officials themselves. Take a look at some of these unindicted conspirators in the Bee article.

What’s even scarier is that the Federal Government, a fountain of legerdemain, simply finesses the whole idea that you should live with the folks you represent. Under their rules, you only have to live in the state where you are running for office. Logical for senators, but for gerrymandered congressional districts? C’mon.

Under that rubric, Darrell lssa could run to replace Xavier Becerra in the 34th Congressional District special election. Or maybe McClintock.

Actually, at the federal level running for office where you don’t live has become a favorite sport. Recently, Roger Hernandez ran from outside against Grace Napolitano, who won her own seat by running from outside the district. It’s enough to give a person a headache.

My personal favorite is Tom McClintock, a seriously conservative republican from Ventura, who makes Rand Paul look like a lefty. Back in the 80s, he ran for office and became an Assemblyman and State Senator, until he termed out. I remember him as a forerunner of Howard Jarvis with his “no new taxes” stance, and in fact, they are joined at the hip to this day.

Tom ran for almost everything in California outside of the legislature; Controller (1994 and 2002), the recall election over Grey Davis in 2003, and Lieutenant Governor in 2006 -- all unsuccessfully. Thereafter, he abandoned Sacramento. In a masterpiece of irony, Mr. McClintock, a self-stated arbiter of morality and ethics, went all the way up to Sacramento (actually the Gold Rush country east of there) to represent the 4th Congressional District. Long way from Ventura, and a great graphic example of what I’m talking about in residency requirements.

The first question is whether or not this residency stuff is cheating. You bet it is, and it is an insidious craven kind of cheating, further insulating our elected officials from us, the troops. It also encourages the lifetime permanent politician class, since they can move from place to place depending on their best shot to have the lobbyists, special interests, and political consulting firms get them their next gig in the ladder of the lifer politician.

In other words, this system blows a hole in the term limits laws akin to “the mother of all bombs.”

People who we elect from geographically created districts are supposed to live in those districts -- hopefully to even work, live and play there. That provides the essential connection between us and those who govern us. Otherwise, they might as well all simply live in Sacramento, or Washington, or LAX, or in homes bought for them by lobbyists.

I believe that by “legalizing” a felony, the author is guilty of compounding a felony to help out the political class -- thus eliminating any sense of actual physical connection to the governed. As such, I award Senator Steven Bradford the first Bodacious Mendacity award! And yes, it is a really, really great award.