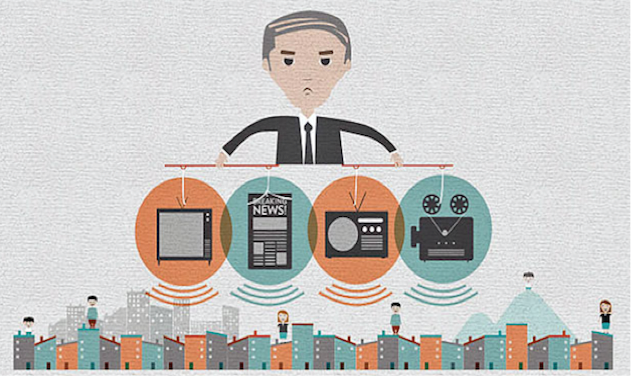 EDUCATION POLITICS-One of the most disturbing and regrettable trends in today's news reporting is the systematic and often premeditated failure to even mention highly relevant facts that, if addressed, would cause the reader to come up with a completely different interpretation or conclusion.

A recent case in point can be found in KPCC 89.3 FM reporter Kyle Stokes' article: “What should LAUSD do about its ballooning benefits costs?”  Stokes approaches this issue through the respective positions of incumbent LAUSD Board Member Steve Zimmer and his challenger, charter schools-backed opponent Nick Melvoin. He asks each how he would deal with the looming $13.6 billion unfunded health and other benefits package obligations, but nowhere in the article does he mention that, for the last eight years, LAUSD has been "dealing" with this problem by systematically and illegally targeting and removing (with fabricated charges) teachers at the top of the salary scale and/or others about to vest in expensive lifetime health or other retirement benefits.

Approximately 93% of the thousands of teachers who have and continue to be targeted for removal from their senior teaching positions at LAUSD find it difficult to get others to believe that they did nothing wrong or that this kind of heinous, illegal behavior is even going on. People just don't want to think the LAUSD administration would have any motive for acting this way.

If nothing else, the magnitude of how far in the red LAUSD is with its health and other benefits programs offers an even greater motivation for LAUSD to target its more senior, expensive employees. To quote the late Vito Corleone, "It's just business."

And why hasn't the State of California gone after LAUSD to defend these senior teachers and other targeted certificated and classified employees? If (and more likely when) LAUSD goes bankrupt, it’s the State of California that will be left holding the bag to bail them out. This clearly represents a conflict of interest for the state when it comes to defending wrongfully charged teachers whose greatest actual "crime" is being too expensive.

But if LAUSD can save $60,000 a year in salary and benefits a piece by getting rid of high seniority teachers -- in an attempt to balance the benefits budget that is billions in the red and could bankrupt the system in the next two years -- then perhaps LAUSD’s reprehensible actions against its targeted employees will offer a compelling reason for someone in a position of legal or journalistic authority to ask what the hell is going on. After all, it's not as if LAUSD has made any attempt to hide what they have been doing.

KPCC's Kyle Stokes feels compelled to disclose in his article that Professor Fernando Guerra of Loyola-Marymount, who he cites, is on the KPCC Board. However, when it comes to disclosing the significantly more relevant information about how much money KPCC receives from corporate-controlled foundations that are moving to privatize public education with non-profit charters run by for-profit corporations, that somehow is not worthy of discussion.