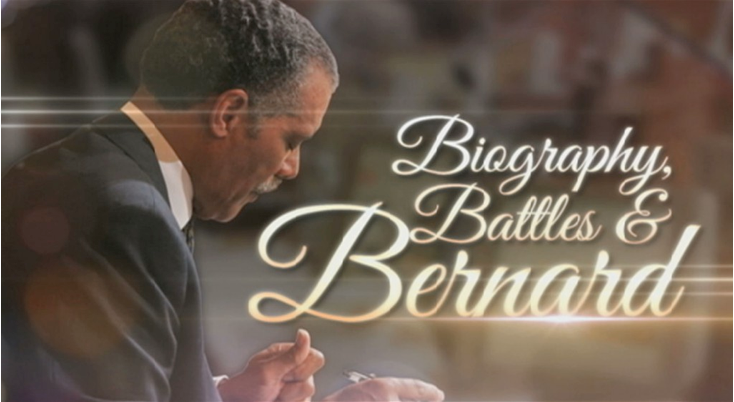 FILM WATCH-Sorry if I'm a little late on reporting this February 9th-20th film and art festival at the Baldwin Hills Crenshaw Plaza, but there is still enough time left for you to enjoy some of the close to 200 films that will continue to have multiple screenings before the festival comes to a close on February 20th. You can go on line for more information about these films and book tickets to see this rich and thrilling variety of films and art exhibits.

No, I'm not exaggerating. Yesterday I saw one of six free screenings for seniors offered by the festival called "Biography, Battles & Bernard," about the life and times of past LAPD Police Chief Bernard Parks. Unexpectedly, I came away with from this film appreciating how much of Parks' life we all share or can empathize with as Angelenos, Americans, and the more recently arrived -- who not so coincidentally, have remarkably similar stories to those of the Parks family.

What must it have been like to arrive from Beaumont, Texas, where Parks' dad would walk his mother home from work, with him on one side of the street and his wife on the other? Why? Because she was light-skinned and his father was dark. She was able to find work, again because she was light-skinned, while the father never had an easy time of it. What does this do to the fabric of a family?

When the Parks family arrived in LA, they lived near Central Avenue, because racially restrictive covenants in force until 1948, made it illegal for them to live anywhere else. The is similar to the five segregated Latino barrios of the same period, as well as the racially restrictive covenants that made the Beverly-Fairfax one of only a few Jewish neighborhoods, because my people could not live legally elsewhere.

So what is the origin of Parks’ tenacity and drive that was necessary for him to succeed and bring about, against all odds, at least some profound change in Parks life? Well, let's just say that I wasn't surprised that he went to Catholic school and not the Los Angeles Unified School District.

Once Parks set his mind to something, I seems he never gave up because he had the atypical familial nurturing and education that still remains so rare in the inner city. If he had to work at the old General Motors plant on Van Nuys Blvd. before he got into the police academy and the department, so be it.

Parks’ rise from cadet to chief is chock full of overt and covert racism that was still the rule through much of his tenure at LAPD. Black male officers could never be partnered with while female officers, even though they shared the same pernicious discrimination by a system that refused to promote them. No matter how well they did on written examinations, they somehow would mysteriously do poorly on their orals when judged by their white male superiors whose primary role was maintaining the segregated status quo.

Did Bernard Parks ever give up, even when forced out as police chief after only one term by Mayor James Hahn? Well, I don't want to ruin the ending for you, but let's just say his subsequent career in elective politics and the fact that his son wrote, produced, and directed this film might tell you that you can't keep a good Parks down.

Leonard Isenberg is a Los Angeles observer and a contributor to CityWatch. He was a second generation teacher at LAUSD and blogs at perdaily.com. Leonard can be reached at [email protected]) Edited for CityWatch by Linda Abrams.