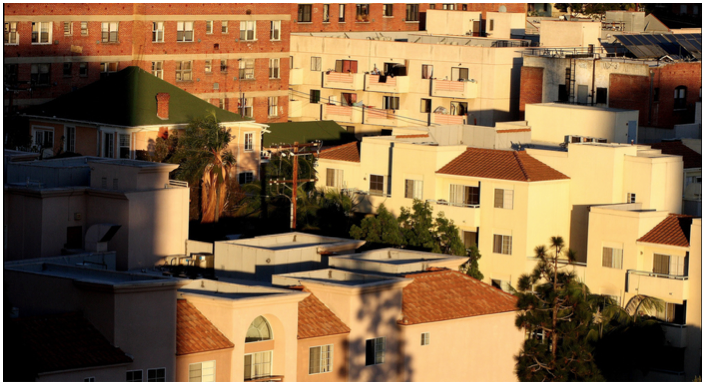 THE WEALTH FORMULA, PART TWO- In a recent CityWatch article, I explained why the City of Los Angeles has escalating housing costs and, at the same time, is experiencing a net exodus of people leaving rather than moving to LA. It took years of corruption and malfeasance, but the City has managed to make Los Angeles the nation’s least desirable urban area.

The Destruction of Wealth is Not Wise

Just as the government has laws against people stealing other people’s property, the government has a duty not to encourage the destruction of businesses which are generating wealth. Rent-controlled properties are long-term wealth creators. Los Angeles’ Rent Stabilization Ordinance was relatively effective in allowing landlords to make a profit and provide housing the poor could afford. (I shall not discuss the criminal REAP program. I hope someone does a CityWatch article from the landlord’s perspective.)

From the macro-economic standpoint, when an honest business is generating wealth, it should not be destroyed. Tearing down rent-controlled units destroys wealth. Not only is the landlord harmed, but the tenant is harmed, and those who end up homeless become a financial burden on everyone. Macro-Economics does not care if the developer believes he can make more money from his new fancy units. Society does not look at only how much “gelt” he pockets, but it must subtract all the wealth lost by the destruction of the rent-controlled units and all the extra costs which society will incur.

From a macro-economic standpoint, the destruction of over 22,000 rent-controlled units has caused irreparable harm from which the City will not recover.

In a city operating on the economic philosophy of corruptionism, the city government is unable to institute wise macro-economic safeguards. As a result, we have an economic system that destroys affordable housing, while only 37% of the need is being built and while replacing it with luxury apartments that represent a 12% glut. (11-17-2015 HCIDLA report) The City then gives our tax dollars to the developer because he says his profit is too small. ($17.4 Million to CIM Group for 5929 Sunset Blvd.) Thus, we have a corrupt city government that destroys the homes of poor people, stealing “wealth generators” from small landlords; and then the City gives tax money to the developers who happen to be funding the Mayor’s and councilmembers’ campaigns.

Where Los Angeles Does Have Housing Shortage

There is an actual shortage of detached single family homes. One factor is that prior to the 2008 Crash, banks unloaded foreclosed homes as fast as possible onto the market. But after the Crash of 2008, many banks decided to rent homes. This decision reduced the number of homes for sale without reducing the number of available homes in which to live. Withholding homes from the sales market drove up prices without any increase in demand.

How the City Increases the Price of R-1 Homes

The City’s housing policies, especially in-fills, allow developers to buy and tear down the single family home to construct multiple rental units on the property. As a result, a family who wants to purchase a home for living space often faces a developer who will pay far more than the living space value.

Because developers can get councilmembers to change the zoning to satisfy their whims, they are confident that wherever they buy, they can build multiple units. In order for many families to purchase a home in Los Angeles, they have to out-bid developers.

As a result, detached home prices have been “bid up,” thereby reducing the supply of homes for families. A proper government would protect the Price System of detached homes by not allowing any spot zoning or granny flats. A competent city would not permit Small Lot Subdivisions.

A City Which Decimates its Middle Class is a Failed City

As a result of making it hard to construct and allowing the destruction of detached homes, the City has driven out Family Millennials, i.e., the new Middle Class. It did not take a genius to foresee that when the younger Millennials wanted to settle down, they would abandon the Dorm Room style of life and do what Americans have done for generations: find a detached home with a yard and decent schools. Intentionally depriving Millennials of the homes they would come to desire has left them no realistic alternative but to move away from Los Angeles. When the most productive sector of the population abandons a city, it becomes an economic basket case.

The City’s Subsidizing Mega Projects Drives out the Middle Class

Because Wall Street does not want to be left holding the bag when the next crash comes, it is balking at financing a lot of mega projects. Wall Street has seen that fraud does not deceive the laws of economics. For example, for years the City fooled Wall Street into lending for improvident mixed-use projects by giving the developers an extra revenue stream to repay the Wall Street loans. The City would let the developer keep the sales taxes from the retail stores in the mixed-use projects. CIM Group’s Midtown Project in City Council President Wesson’s district, for example, allegedly gets 100% of sale taxes and business license fees.

When she was City Controller (July 2001 to April 2009), Laura Chick warned of this folly, pointing out that 50% of the CRA mixed-use projects’ retail space was vacant, but the City ignored her. Without tenants, there was no extra revenue stream for the builders to repay the Wall Street loans. Perhaps, the most colossal disaster was the Hollywood-Highland Project which cost $625 million to construct but was sold a few years later for only $201 million. Projects do not sell for 1/3 their construction costs because they are making money for the developer. Remember, the wealth formula: you have to sell or rent for more than the cost to produce.

Since then, the City has been giving its developer buddies billions of dollars in financial aid. The private Grand Avenue Project is getting about $197 million. All the projects in Hollywood will end up being subsidized. The City has subsidized Korean Airlines and China. Yes, freakin’ China – the world leader in over-development. When the government subsidizes developers who build crap that no one wants, the government destroys the Price System.

The Anticipatory Destruction of Wealth

While some people look at Gehry’s Folly at 8160 Sunset Boulevard and say “ooh and aah,” others see the Anticipatory Destruction of Wealth. The role of the government is to understand this aspect of macro-economics. When hundreds of millions of dollars are invested in bad projects based on falsified data, all those hundreds of millions of dollars are diverted away from productive investments. That means we lose wealth by diverting money from where it should go. All the wealth that wise investments would have created never comes into existence.

While some recognize this anticipatory destruction of wealth, no one person knows where the funds should have been invested. That is why the nation needs to restrict investment firms to doing one thing – raising capital for productive investments. Investment firms, which can stay in business only by making wise investments in enterprise, are absolutely essential for the nation to prosper.

Prior to the repeal of Glass-Steagall, investment houses were limited to doing the research necessary to know where to invest the capital they raised. Of course, the people who provided the funds for the investments held each investment firm liable for mistakes. After the investment firms no longer had to make a profit by raising capital and investing it for other people, they found that financial manipulation was more profitable for the executives -- even if it crashed the world economy. The vital function of Wall Street’s raising capital for wise investments cannot resume until a beefed up Glass-Steagall is re-instituted and credit default are outlawed and Wall Street’s role in the commodities market is seriously restricted.

The City’s War on the Middle Class is not Wise

Garcetti has made no secret of his war on the single family home and against the automobile in his mania to turn Hollywood and now the rest of Los Angeles into a west coast Manhattan. The City would have been far wiser to pass an emergency re-zoning measure 10 to 15 year ago, in which all single-family homes, no matter where they were located, would have a presumptive R-1 status.

Simultaneously, there should have been a moratorium on any increase in office density in The Basin. That would have stabilized residential housing in the Basin, while allowing offices on the periphery. Traffic patterns would have been reversed, somewhat, thereby allowing for more population without more traffic. Without anyone at City Hall who understood or cared about macro-economics, we have suffered through at least 15 years of economic falderal and corruptionism.

At this point, one is supposed to provide the prescription for recovery. But there is none for Los Angeles. Alea jacta est, the Rubicon was crossed years ago, and we have gone far beyond the point of no return. Here is Los Angeles’ most likely future: there will be a massive dump of billions of dollars of construction dollars into Los Angeles for mega-projects and fixed-rail transit. These improvident expenditures will further erode the quality of life and leave Los Angeles bankrupt, at which time the City will seek a federal bailout.