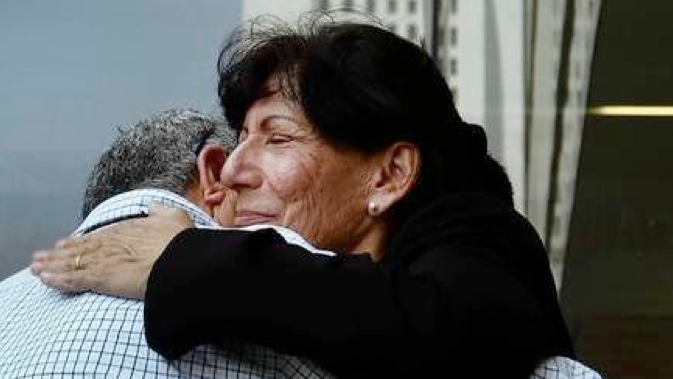 BUTCHER ON STATE PROPS-My oldest son, Matthew Benjamin Butcher, was murdered in a Los Angeles medical marijuana dispensary on June 24, 2010. It is in his name and his memory that I offer a few political recommendations on California’s statewide initiatives – to fight gun violence (Yes on 63), repeal the death penalty (Yes on 62), and legalize marijuana (Yes on 64).

The LA District Attorney could have prosecuted Matthew’s murderer as a death penalty case. The men who killed him had finished robbing the store, packed the marijuana and cash into their car, took the computer and the security feed it was tracking, and left. Cruelly and senselessly, they came back, put Matthew and the young security officer who was also working that day on their stomachs on top of each other, and shot them both in the back of the head.

The men who did this deserve to die.

But not at my hands.

I’m glad she decided not to.

Inmate A53710 is serving his life sentences in Calipatria State Prison and Inmate # A54227 is in Salinas Valley. If the other murderers are ever caught, we’ll endure another trial. Otherwise, that’s it.

I’ve heard too many wrenching stories about the families of murder victims suffering through trial after appeal after trial. The decision not to pursue ours as a death penalty case saved us from all that and for that I am thankful; between the combined compassion of our prosecutor, now Judge, Deborah Brazil, and the amazing workers of the LA County Victims-Witnesses program, I never had to look at pictures of Matthew dead. Don identified him for the police on the night he was killed and while it may seem like a small thing, I’d prefer not to have that image floating forever through my already too vivid imagination.

Way bigger for me is what I’ve learned about the death penalty, jurors, and humans.

I’ll never forget how I felt the day our jury reached their quick, unambiguous verdict:

“I watched the jury every day. From the days they tried to get out of it through the tedious days of cell phone technology testimony (I object! This is boring!) Once they knew there was no getting out of it, these twelve men and women, plus four alternates, paid total attention to every bit of testimony and evidence. Finally after three weeks of trial, the jury decided quickly. Each of them called out loudly, proudly: “Guilty!”

I met them at the elevator, stopping the jurors to thank them, to hug them. One held me and murmured: It was our pleasure. Several others simply hugged back and sincerely told me they are sorry for my loss. Beautiful Juror #7 with the golden hair said yes when I asked if she’s a mom. Juror #8 bent his big bulk down for my hug as I told him he looks like Steven, Matthew’s “little” brother!

I want to buy the jurors drinks, thank them for doing the right thing. I promise to respond promptly to every jury duty notice I get from now on, in honor of the jury in Department 102!

It was in that same news article that I understood the upside of it not being a death penalty case:

“Prosecutors were not seeking the death penalty in this case,” said District Attorney spokeswoman Jane Robison. “That means that when the defendants return on Jan. 10 for sentencing, they will be sentenced to life in prison without the possibility of parole.’” 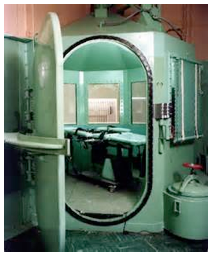 And they were. On January 10, 2014, the men who murdered Matthew were held to account.

It turns out the reason the DA opted not to pursue the death penalty is because Los Angeles juries – LA jurors, that is – are loathe to vote for it. Even jurors who know the accused is guilty without a doubt. LA juries, apparently, reportedly have a really hard time voting to kill another human being.

I find that so life affirming.

And counter to the opinion of other Butchers, it leaves me determinedly opposing the death penalty, in Matthew’s name, because of what I learned in the process of getting him a tiny bit of justice.

There are many good arguments against the death penalty, and I’d likely oppose it even if not for our experience watching up close. The cost, the cruelty, the lack of deterrent, the ridiculous mechanics of actually executing human beings, the Constitution.

Who am I to make that determination? (The beautiful LA jury phenomenon!)

On May 1, 1989, Donald Trump ran this ad in the New York Daily News, calling for the death penalty for the “Central Park 5.”: "BRING BACK THE DEATH PENALTY!"

The cynical might argue that what I find optimistic and deeply moral about Los Angeles jurors might simply be distrust of the police, and they might be correct, in whole or part; we all need to work on that. For us, the LAPD and the County of Los Angeles did their jobs in service of justice.

The world only spins forward. I’m voting Yes on 62 to repeal the death penalty in California. I’m also gonna vote against the initiative which would speed up executions (No on 66).

And finally, anything we can do to limit guns and gun violence is a yes for me! Proposition 63 is a novel, good idea and I’m voting Yes!

I’d love to participate in intelligent discussion on these and the other statewide initiatives. I made a chart (below) using the Haiku descriptions of the measures written so very cleverly by our friend Damian Carroll.

Damian also did the local props (he is so smart and funny!) 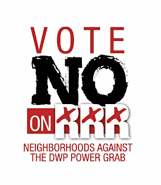 I love that Hillel Aron has named it the “Pirate Initiative” in his recent LA Weekly treatment: Pirate DWP Reform Ballot Measure RRR Has Some Going, "WTF?!"  (For the sake of accuracy, I was the GM of legacy local SEIU 347 and a Regional Director for SEIU 721.)

The spending info here is from Ballotpedia, financials that were updated as of October 2, 2016.

+ Spending for Propositions 65 & 67 are reported as combined campaigns.

** Measures 58 and 59 were put on the ballot by the legislature so there’s no ballot access cost data.

(Julie Butcher writes for CityWatch, is a retired union leader and is now enjoying Riverside and her first grandchild. She can be reached at [email protected].) Prepped for CityWatch by Linda Abrams.