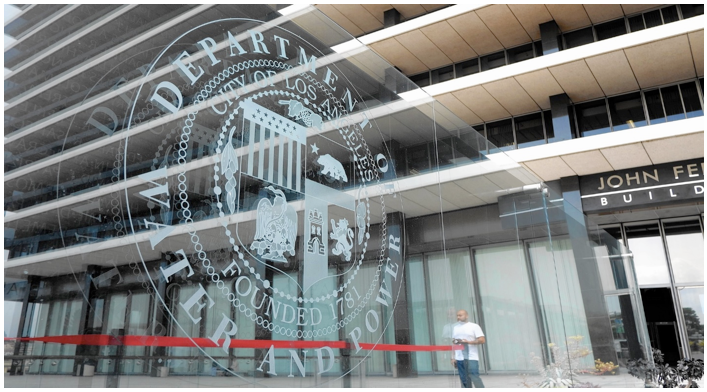 Remember Gene Maddaus’ clear, uncontested explanation in the LA Weekly about how the current “reform” proposal is really a guise for future rate increases that will be easier to accomplish without even a hint of public oversight or accountability? Maddaus noted that, "Board actions -- including ratemaking -- would no longer require City Council approval unless the City Council asserts jurisdiction." (Emphasis added.)

“It's hard to overstate the importance of this provision,” Maddaus continued. “Under the current system -- the product of more than 100 years of governance reform -- the City Council must approve any rate increases. This exerts a downward pressure on rates. No politician wants to approve an increase and face the wrath of voters. (In his first State of the City address, Garcetti made a big deal of delaying any rate increases for a year.)

“If you give ratemaking authority to an independent body, you remove that downward pressure. The result: Rates will go up. Fuentes, of course, has no incentive to spell this out, and neither does D'Arcy. (Both declined interview requests.) If you're campaigning for a ballot measure, you wouldn't want to tout the prospect of higher utility bills. It's much better to say, as Fuentes does, that the measure will ‘take the politics out of the DWP.’”

Charter Amendment RRR will make future rate increases easier to just slide through, further away from the public eye than now.

DWP rates too high? Secret future rate hikes? Who you gonna call? Your Councilmember? Good luck with that!

Kevin Walker of KPCC/89.3 explains in “5 things to know about the Los Angeles DWP reform plan,”  in his point #4, “Civil Service Exemption:”

If the ballot measure passes, the DWP might be exempted from LA’s civil service rules, which dictate how city workers are hired, promoted and fired.

Supporters of the changes say it would make the department more nimble. They also argue the DWP should be able to manage its workforce more independently because of the specialized nature of their employees.

Organized labor defends the civil service rules as a protection against corruption and nepotism.

"We are deeply troubled by the City’s refusal to recognize the long-term consequences that this ballot measure will have," wrote Cheryl Parisi, chair of the Coalition of LA City Unions.

The measure also leaves the council the option to delegate its salary setting authority to the DWP’s board of commissioners.

For many years, some public sector union leaders have argued that the protections of a merit-based civil service system are redundant and even unnecessary if strong due-process provisions and other assurances are negotiated into the collective bargaining agreement. That hypothetical argument continues: when workplace protections come from “the employer,” the work of the union is undermined; workers see their rights and benefits arriving because of the beneficence of the boss, the law, the government rather than stemming from the contract and the historical struggles that led to a strong, enforceable agreement.

Civil service protections for the workers of the DWP are as important today as ever; the DWP has a long, strong history of advancing white men who already work for “the company,” and/or those with family already working there. Currently, hiring, promotions, testing, and disciplinary procedures are all administered by the City’s Personnel Department, and the DWP is treated as one of 40+ city departments. It may be slow and tedious but it’s slow and tedious in the very same way for every single person. It’s fundamentally a fair and open system that has helped build a diverse, competent city workforce.

Acceding to the elitist isolationism of the current DWP workforce and leadership is a terrible idea. Instead, the City’s utility should step right into the nascent local hiring program aimed at training city residents to fill critical immediate job openings all across the City.

Erwin Chemerinsky, dean of the UC Irvine School of Law, chair of the elected Los Angeles Charter Reform Commission, advocates for the continued inclusion of civil service protections for DWP workers in an op-ed in the LA Times originally titled “A plan to make DWP even worse”:

“Separating DWP’s hiring from the city’s Civil Service system is problematic too. The city of Los Angeles is a single employer and the DWP just one of its many departments. Employees can transfer among departments, depending on their skills and the city’s needs, through the city’s Civil Service system. This gives workers access to new opportunities throughout city government and helps the city deploy its talented employees to maximum benefit.

“The Civil Service also provides objective procedures for hiring and promotion so that city jobs aren’t handed out as patronage. It was introduced in the city of Los Angeles in 1903 to counter a flagrant system of political spoils. In 1939, after the recall of Mayor Frank L. Shaw for corruption, the Civil Service system was overhauled and strengthened into a nationally recognized model of honesty and professionalism.

“The Civil Service system has served Los Angeles well for decades, which is why the charter reform commissions insisted on keeping it in 1999. This merit-based, competitive method of hiring and promotion limits exposure to claims of discrimination, because the city must prove its testing practices are job-related and skills-based according to accepted legal models. This good government measure is as necessary now as ever.”

The DWP works best as an integral part of a vibrant city. Open, fair, and transparent labor practices at Water & Power impact workers throughout the City as well as potential city employees, potentially benefit seniors in local LA high schools who are heading towards their futures. Who will get these great jobs? Will the department participate in the City’s local hiring outreach and put qualified Angelenos to work right now to start replacing the 40% of the current workforce soon eligible to retire? Or will the DWP kowtow to the crusty, inbred, nepotistic-leaning voices urging a private personnel system all their own?

The Coalition of LA City Unions points out the myriad legal issues in one of its numerous legal briefings:

Perhaps most significantly, Charter Amendment Measure RRR is bad for the environment, for anyone committed to cleaner energy choices. 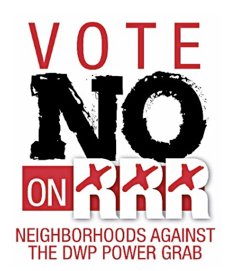 It is wrong for lovers of open, transparent, accountable government, and horrible for enthusiasts of public power.

According to the organization, “Chick, Begley and Holden are among the members of Neighborhoods Against DWP Power Grab, which is fighting Los Angeles Charter Amendment RRR.  Opponents say the measure will give DWP officials and the board overseeing the utility too much power, and makes the utility less transparent and accountable to voters.”

Here is part of the organization’s argument against RRR:

"Don't believe the false claims that this measure is ‘reform.’ Charter Amendment RRR is a power-grab by the DWP that gives voters less oversight over the DWP— not more.

"This measure takes away voters' decision-making powers and accountability over the DWP by enabling unelected bureaucrats to run the department and determine rate hikes.

"This measure gives the DWP Board the extraordinary power to spend millions of ratepayer dollars on contracts, rate hikes, and salaries without preserving currently existing oversight and approvals from voters and elected officials.

"The DWP needs serious overhaul and reform, but this reckless proposal takes us backwards and does not reflect the good-government changes that ratepayers want and need.

"In fact, this measure limits scrutiny over the DWP and decreases transparency by eliminating existing checks and balances.

"This measure severely restricts voters’ power over DWP operations and rate hikes, and gives voters less of a say on clean water and renewable energy policies.

"Making matters worse, this measure gives the DWP Commissioners, currently appointed citizen volunteers, ratepayer funded pay that could total as much as $2 million throughout the next decade.

"This measure also opens the door to corruption and unethical hiring of friends and family by allowing the department to opt out of the civil service system.

"This proposal could easily lead to mismanagement of our most precious resource: our water.

"If this misleading measure passes, the Mayor won’t have final authority to fire unelected and unaccountable DWP Board Members, who will have unprecedented power and control over rate hikes.

"Vote NO on Charter Amendment RRR— the DWP power-grab. It’s misleading, worse than the status quo, and doesn’t represent the real change we need at DWP."

Wrong, wrong, wrong! Vote No on RRR on November 8! Get involved in the campaign! Contact your Union! Watch this spot!

(Julie Butcher writes for CityWatch, is a retired union leader and is now enjoying Riverside and her first grandchild. She can be reached at [email protected].) Edited for CityWatch by Linda Abrams.