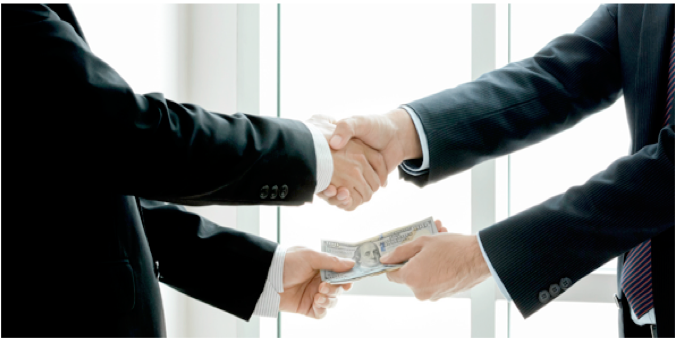 EASTSIDER-I’m looking at an old CityWatch Special Report from September 2006, which was published ahead of the November 2006 general election. What’s fascinating to me is the subject matter of the two major events it covered -- Proposition R and a one billion dollar affordable housing bond called Measure H. These two events are still timely today as we look forward to this November’s general election.

Here’s how misleading the measure really was: (1) it made it seem like LA City Councilmembers would have stricter term limits of only three terms, when the truth is, that measure expanded the term limits from two to three terms; and (2) it made it seem as if there was a real substantive crackdown on lobbyists, when in fact, the opposite was true: existing rules were turned on their head.

And who were the movers and shakers behind this smarmy sleight of hand? None other than then Council President Eric Garcetti, along with god’s gift to the Eastside, Jose Huizar. Rounding out the pack was our current Council President, Herb Wesson. Yes, sir, all in for the gravy train.

On the other side of this deal was a little band of mostly Neighborhood Council types and City Attorney Rocky Delgadillo -- who publically stated that the measure, as dastardly as I have described it, was passed over his opposition. In the interests of full disclosure, I should report that your humble blogger was among that little band of folks filing the NO Argument on this one.

It got really ugly. We wound up in Superior Court over the hopelessly skewed language of the Ballot description -- and we won. Of course, the Superior Court judge was quickly reversed by those bastions of the establishment in the Appeals Court. The result was that the public was denied the truth when they voted in November.

On the Ethics side, the measure was equally toxic. Bill Boyarsky, a really good guy who was on the City Ethics Commission at the time, was quoted in an LA Times article, saying Measure R was “outrageous,” and noted that the LA City Council “showed absolute contempt for the Ethics Commission.” Of course, unbeknownst to most normal people who do not follow the slime trail of LA City politics, guess who was the President of the LA City Ethics Commission at the time? None other than Gil Garcetti -- yes, that Gil Garcetti -- former District Attorney of Los Angeles County and father of Council President Eric Garcetti.

I mean, this thing stunk worse than the plot of a bad soap opera. Naturally, backed by the big bucks of lobbyists and political insiders, you won’t be shocked to hear that the measure passed before the voters figured out they’d been hoodwinked.

For those interested in the event, check out the history on Smartvoter.org.

And You Thought Affordable Housing Bonds Were New?

As long as the Council was sliding through job extensions for themselves, it evidently seemed like a good idea to back door a new tax increase by asking for $1 billion in bonds for a really good cause -- Measure H, “Affordable Housing.” Of course it wasn’t simply called that. Nope, in and of itself, something with such a clear title might get defeated at the ballot box. The text of the final ballot language is below, and the smartvoter.org history file is here.

“To provide safe, clean, affordable housing for the homeless and those in danger of becoming homeless, such as battered women and their children, veterans, seniors and the disabled; assist first time homebuyers; provide low income working families safe and affordable rental housing; shall the City of Los Angeles issue $1,000,000,000 of bonds, with independent citizen oversight, mandatory annual financial audits, and prosecution for criminal misuse of funds?”

My goodness. This measure was the written equivalent of all those TV ads showing starving children and abused animals. I mean, how could anyone with a heart not vote for it? And, by the way, people did vote for this one. Measure H was only defeated because of the 2/3 requirement for tax increases. The final vote tally was 62.86% in favor and 31.14% against.

The second point is a lesson in why voters really need to read the full text of anything on a ballot before voting for or against it. In the case of Measure H, buried in the lengthy text of the measure was a Fiscal Impact analysis by then LA City CAO Bill Fujioka:

“The debt service will be paid from additional property tax revenues based upon the assessed value of all taxable property within the City.”

Of course most people don’t even bother to vote, much less look at what they are voting for. But for a few tenths of a percentage point, we would have had another tax.

The only difference between 2006 and 2016 is that in 2006, then Council President Garcetti was sufficiently worried (probably about passing the bond) that he actually agreed to leave his ivory tower and go to LANCC’s first ever General Assembly to discuss the matter. I wonder if he or Herb would do the same today.

Flash forward from 2006 to 2016, one whole decade. Many of the faces in LA City are the same: Eric Garcetti, Herb Wesson, Jose Huizar, and the always running for something, Antonio Villaraigosa. And behind them are the developers, the “fixers,” the lobbyist law firms and fronts for money.

One example would be the Kaufman Legal Group, a professional corporation dedicated to “political law.” There are lots of others; I only mention them because guess who worked Measure R in 2006?

Yup, and their client list reads like a Who’s Who of the democratic party establishment -- Kevin De Leon, Eric Garcetti, Janice Hahn, Jackie Lacey, Alex Padilla, John Perez, and Herb Wesson, just to name a few. And since they specialize in Governmental Ethics, I would note that Gary Winuk, former Chief of the California FPPC’s Enforcement Division from 2009 to 2015, has recently joined their Sacramento office. I guess you should buy the very best when lookin’ for loopholes in ethics laws.

Seems to me that not too much has really changed in the last decade of LA City politics, other than the fact that after Measure R, City Council members have been able to inflict themselves on us for twelve years instead of eight. Ain’t life grand?

Oh, I guess there is one change -- City Hall politicians now routinely blow off the Neighborhood Councils with impunity. They have the City Attorney, BONC and DONE to front for them and control us.