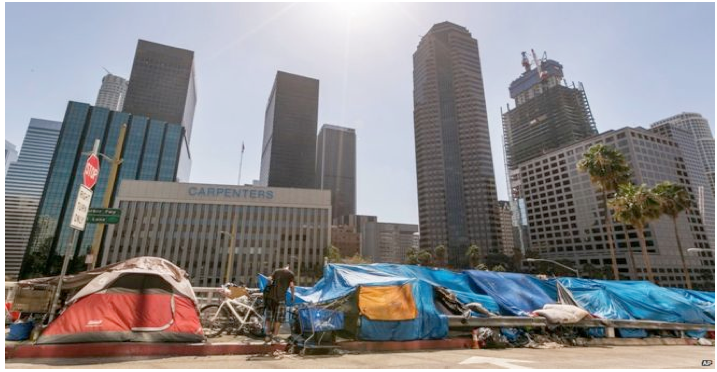 GUEST COMMENTARY-Faced with what may be the most critical moral, civil rights and social justice issue of our time, the Los Angeles County Board of Supervisors is considering asking voters to approve a tax to fund the fight against homelessness.

Ongoing revenue — as opposed to one-time-only funding — would go far towards implementing the comprehensive 47-point strategy of the Los Angeles County Homeless Initiative, which seeks not only to house the homeless, but to provide a full range of supportive services that are vital for homeless persons to achieve stability and eventually become self-supporting.

We are in a crisis and, sadly, it is growing. According to the Los Angeles Homeless Services Authority, the current homeless population of 46,874, would fill every seat at the downtown Staples Center, USC’s Galen Center and the newly renovated Forum in Inglewood — combined. This is the largest number of homeless men, women and children in a local jurisdiction anywhere in the United States. It’s hard to believe but the trends strongly suggest there will be another 2,000 homeless individuals by this time next year. Needless to say, this is not only unsettling but patently shameful.

The disturbing increase in homelessness in LA County over the past three years is part of a statewide problem. The Board of Supervisors recently called on Governor Jerry Brown to declare a statewide emergency on homelessness, which would make funding available immediately to assist California’s 115,000 homeless — the most of any state, and more than 20 percent of the United States’ homeless population. The California State Assembly answered the Board’s formal request last month, passing HR 56,  which also urged the governor to make that emergency declaration. The general public has spoken as well, with some 14,000 people signing a petition urging the governor to act. People are paying attention to this inescapable crisis and the number of concerned citizens continues to grow.

Without abandoning its pursuit of state funding, the Board of Supervisors is also focusing its efforts on placing a sales tax, parcel tax or marijuana tax on the November ballot. Our deliberations are informed by 10 surveys conducted by diverse pollsters from February through July, which showed the electorate consistently and emphatically views homelessness as a top concern, second only to jobs and the economy. The polls also indicated an unprecedented willingness by likely voters to tax themselves to finance solutions to the crisis. The question is: What kind of tax would work best to fund the County’s response to the homeless crisis? There are three proposals to be considered on Tuesday, July 12. They are as follows:

General Sales Tax--The sales tax proposed to the Board is equivalent to one-fourth of a cent, which would raise about $355 million a year. For the average taxpayer, that amounts to about $1 a month, according to the Los Angeles Economic Development Corporation. A County-commissioned survey in April showed 68 percent of likely voters already in favor of a half-penny sales tax dedicated to homelessness — double what the Board is considering. These and other data make it clear that the people of LA County want something done and they are ready, willing and able to pay for it.

Parcel Tax--Another proposal for the Board’s consideration is a parcel tax that is projected to generate $185 million a year. At 3 cents per square foot, a property owner would pay about $45 annually for a 1,500 square foot parcel. At this rate, the parcel tax would generate less than half of what is required to address the homeless crisis with sufficient resources.

Marijuana Tax--This proposal may be a promising new source of revenue for the County, but at present, it is unclear how much revenue it would generate and when the County would start seeing returns on the upfront administrative costs. Although using marijuana for medical purposes is permitted under state law, recreational use remains illegal, although voters could change that in November. Even if California legalizes recreational marijuana use, federal law makes regulation and taxation a bit murky at this point. Further, public health and public safety officials, environmentalists and land use experts have all expressed concerns about the potential impact of legalization, and the overconcentration of dispensaries in some areas of the County.

While each funding option merits consideration and they all generally fared well in the polling, I believe a general sales tax levy provides the best opportunity to secure most of the funds needed on a yearly basis to effectively deal with this crisis. No other option comes close to generating as much revenue as the sales tax. A projected annual yield of $355 million is nearly 80 percent of the total funds needed to put us on a path to ending homelessness, and sales tax revenues are more predictable than the other options.

It is unconscionable that Los Angeles County — one of the largest economies in the world — has nearly 47,000 human beings living on the streets. We can and must take action to provide decent housing and restore dignity to those forced to live in such unsafe and deplorable conditions, no matter how daunting the task. It is time to put a viable measure on the November ballot and let the voters demonstrate that they are serious about addressing this worsening tragedy.