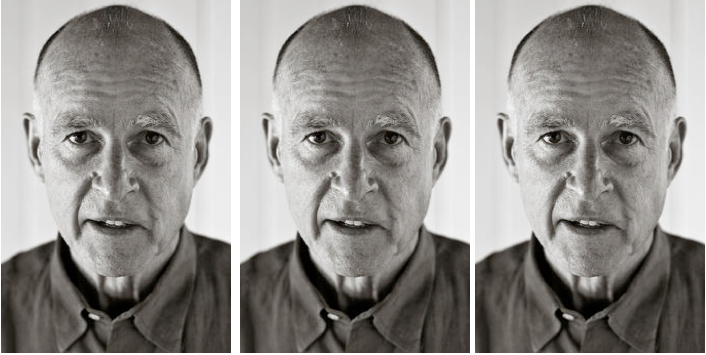 NEW GEOGRAPHY-In a state ruled by a former Jesuit, perhaps we should not be shocked to find ourselves in the grip of an incipient state religion. Of course, this religion is not actually Christianity, or even anything close to the dogma of Catholicism, but something that increasingly resembles the former Soviet Union, or present-day Iran and Saudi Arabia, than the supposed world center of free, untrammeled expression.

Two pieces of legislation introduced in the Legislature last session, but not yet enacted, show the power of the new religion. One is Senate Bill 1146, which seeks to limit the historically broad exemptions the state and federal governments have provided religious schools to, well, be religious.

Under the rubric of official “tolerance,” the bill would only allow religiously focused schools to deviate from the secular orthodoxy required at nonreligious schools, including support for transgender bathrooms or limitations on expressions of faith by students and even Christian university presidents, in a much narrower range of educational activity than ever before. Many schools believe the bill would needlessly risk their mission and funding to “solve” gender and social equity problems on their campuses that currently don’t exist.

Although advocates tended to focus on the hated energy companies, the law could conceivably also extend to skeptics who may either reject the prevailing notions of man-made climate change, or might believe that policies concocted to “arrest” the phenomena may be themselves less than cost-effective or even not effective at all. So, fellow Californians, sign onto Gov. Torquemada’s program or face possible prosecution and the fires of hell.

Although they target widely different issues, these pieces of legislation reflect a highly authoritarian and illiberal brand of progressivism evolving into something of a state religion. On one hand, California cannot tolerate the autonomy of religious institutions if they refuse to embrace the secularist ideology that dominates the state. Even religious clubs on California State University campuses can no longer restrict their leadership to those who actually are believers.

Similarly, the emerging attack on anyone questioning climate change orthodoxy represents another kind of religion, one that gives officially sanctioned science something close to papal infallibility. Despite the fact that there remain widely divergent views on both the severity of climate change and how best to address it, one has to adhere to the accepted “science” – or else.

Perhaps most shocking of all, this new spirit of progressive intolerance is affecting other institutions, notably academia and the media. Long incubators for free thinking, the academy, as liberal legal scholars such as Alan Dershowitz note, now routinely violates due process.

The University of California even has promoted the idea of “freedom from intolerance” in order to protect students from any speech that may offend them as discriminatory. In the context of today’s campus, this means that not only the lunacy of Donald Trump but even conventional conservatism must be curtailed as intrinsically discriminatory and evil. Yet, at the same time, proudly violent groups like the Black Panthers are openly celebrated.

This cult of political correctness has reached such ludicrous levels that the University of California considers it a “microagression" to assert “America is a land of opportunity,”  or to dare to criticize race-based affirmative action. Perhaps more dangerous, such attitudes are incubated in our law schools, which increasingly embrace the notion that the law should be employed specifically to promote certain ideals – whether environmental, race-related or gender-related – embraced by overwhelmingly progressive institutions, irrespective of constitutional limits.

The media, to their shame, increasingly embrace these notions, for example, by refusing to print letters from climate change skeptics, as has occurred on outlets such as Reddit and the Los Angeles Times.  Increasingly, mainstream newspaper accounts do not even bother considering skeptical views, including those held by dissenting scientists or questioning economists. What we used to associate only with Soviet-era papers like Pravda increasingly pervades much of the mainstream media.

In such an environment, it’s not surprising that legislators and elected state officials feel free to target churches, conservative think tanks or energy companies such as Exxon with criminal sanctions and penalties. That such approaches are disguised either as being “scientific” or reflective of “social justice” makes them no less heinous and fundamentally illiberal, in terms of traditional American values of tolerance and respect for dissenting opinions.

For the record, I am neither a Christian, nor do I deny that climate change could pose a potential serious long-term threat to humanity. What worries me most is the idea that one must embrace official orthodoxy about how to combat this phenomenon, or question its priority over so many other pressing concerns, such as alleviating poverty, both here and abroad, protecting the oceans or a host of other issues. Similarly, I have always disagreed with holy rollers like Sen. Ted Cruz, who would seek to limit, for example, abortion or the rights of gay people to marry, or would allow school prayer.

But the new progressive intolerance now represents, in many ways, as great, if not more pervasive, a threat to the republic than that posed by either religious fundamentalists or even the most fervent climate change denier. It violates the Madisonian principle that assumed that religious and moral ideas “must be left to the conviction and conscience of every man; and it is the right of every man to exercise it as these may dictate.” To revoke that principle is to reduce the United States to just another authoritarian state, even if the official ideology is couched in scientific research or estimable embrace of racial or gender differences.

It is no surprise, then, that today many Christians – as much as two-thirds, according to one recent survey – feel that they are being persecuted. Indeed, if they dissent from orthodox views, they now can find themselves the subjects of official opprobrium, as seen in the case of Chick-fil-A in New York, where Mayor Bill de Blasio has urged his constituents, somewhat unsuccessfully, to boycott the popular restaurant. In some cases, you can lose your job by taking the wrong position, as was the case for Brendan Eich, former CEO of Mozilla. The attempt to impose orthodoxy on religious schools, as in SB1146, seems the logical extension of such thinking.

The jihad against anyone who dissents on climate issues also impacts those who are not religious. Couched in the oft-repeated hysterical language that has come to dominate green politics, anyone who dissents on the orthodoxy – whether a moderate Democrat, an energy company or the stray scientific skeptic – faces the possibility of official persecution.

Already, 16 Democratic state attorneys general are actively seeking such action against companies and individuals, which should offend anyone who believes in the ideals of free speech and diversity of opinion. That our own governor and Legislature embrace such repressive views is anathema to the very idea of California, where the “free speech” movement originated and fostering unorthodoxy has been something of a tradition. Slowly, our very essence – born of debate and dissent and the presence of so many ethnicities and world views – is being stamped out in an attempt to enforce orthodoxy.

This process, as in so many areas, has been exacerbated by our transition into a one-party state where, increasingly, only the most orthodox views on all issues can be tolerated. Ultimately, we as Americans – and Californians – will pay a price for this. History is replete with stories of decline brought on by enforced official orthodoxy, from Byzantium to China’s Qing dynasty, the Spain of the Inquisition, Nazi Germany, the Soviet Union or the current religious autocracies of the contemporary Middle East.

As we seek to limit options and ways of thought about everything from marriage and bathrooms to how the planet operates, we don’t just persecute dissenters. We also undermine our ability to innovate, adapt and evolve as a society.

(Joel Kotkin is a R.C. Hobbs Presidential Fellow in Urban Futures at Chapman University and executive director of the Center for Opportunity Urbanism in Houston. His newest book is “The Human City: Urbanism for the Rest of Us.”) Prepped for CityWatch by Linda Abrams.