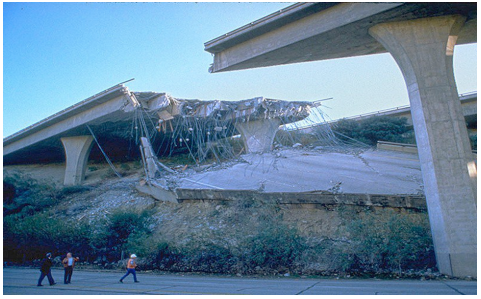 GELFAND’S WORLD--This is the next in a series of articles about emergency preparedness. We stress the attempt to bring the public up to a level of preparation that will be required should we have to deal with a major earthquake.

The Emergency Preparedness Alliance met again last weekend, this time to discuss disaster communications. Some of what we heard involved technical sounding stuff like the organization of two-way radio networks. Some of it involved learning about sending emergency messages up and down the line through organized chains of command.

It turns out that there is plenty of room for us civilians in the emergency communications process, provided we make the minimal effort to get an amateur radio license. We learned about programs that train people in as little as a day. There is also the Family Radio (FRS) system which does not require a license, and will be ideal for getting emergency messages out over a range of perhaps a few blocks. The goal is to have a few thousand of us equipped at the FRS or ham radio level so that we can provide ultra-local eyes and ears in the event of a true emergency.

We then considered an everyday example of emergency communications and their intersection with the emergency response system. The example we heard about is the 911 phone system. In particular, we heard about some of the issues that 911 operators have to deal with. A lot of the time, they take calls from people who are not very good at communicating clearly and tersely in times of stress. That turns out to be most of us.

We considered the 911 operator because the emergency telephone connection is an example of one node of a complicated system of interacting parts that will also be a crucial element in responding to a larger disaster. The system that starts with your 911 call includes phone operators, ambulances, police, fire fighters, and hospitals, just to mention a few. In short, it represents part of the system that we will have to ramp up when problems are widespread.

But the daily travails of the 911 operator illustrate in microcosm the sorts of problems we might face on a much wider scale if a real disaster should hit.

Yes, I know you're at home. What's the address?

Yes, I know it's your mother. What is the problem?

These are the sorts of conversations that 911 operators get into. There is a certain amount of information that is critical for the responders to have before the system can do anything for you or your sick mom. Your location is obviously one of those things, but some people have a difficult time getting the information across. This is particularly true when the emergency is away from the caller's home address. "I'm on Sepulveda" is the beginning of an answer, but it's just a beginning, because you could be in the San Fernando Valley or you could be in Westwood. "I'm on Sepulveda about half a block north of Vermont on the Westside" is better.

What is the age, condition, and gender of the sick or injured person? These are particularly important data to get across, but most people don't know to explain in detail at first. They have to be walked through things point by point by the operator. And that's just the start because then the operator has to put the right people in motion.

These points were explained by Jonathan Zimmerman, who works with the LAFD Auxiliary Communications Service. In conversation, we agreed that training the public in how to explain things to the 911 operator would be of help. It wouldn't have to be extended training, just a bit of advice about taking a deep breath and summarizing to yourself the most important points to get across. It will be almost like that old journalistic formula, "Who What When Where Why." In describing an automobile accident that just occurred on La Cienega and Olympic with two people possibly injured, you've already got most of it said, and you are only a few seconds into the call.

The same advice applies to major disasters. There won't be time for idle chatter.

Emergency Communications under conditions of disaster

Now imagine having to ramp up the 911 system by a factor of hundreds because lots of people need help. Buildings are collapsed. Gas mains are leaking. This will require participation by civilian volunteers. We won't have the equipment and phone lines that the 911 system has, so we will have to use our own hand-held radios (or whatever else we have).

The most important lesson that came through in this week's session was that getting a communications system like this up and running will require having the right kind of organization. It will also involve training us volunteers in how to participate in that organization.

Let's get specific. Imagine a serious earthquake, and further imagine that you become aware that one or two of your neighbors are injured badly enough to require medical attention. The information comes to you because you are the local volunteer radio operator. You summarize the information in the fewest number of words and tell it to the next level up, which will be at your local fire station. The local fire station contact can then send you help if it is available, or if not, your message will be sent further up the line to a regional center.

You, the local volunteer, will take the place of the 911 emergency phone system in the event of a major, region-wide emergency. You will work with an efficient and effective chain of other volunteers and well trained professionals.

In this way, local problems that can be handled on the spot will be dealt with immediately. Problems which require more substantial efforts will go further up the chain. At the top of the chain is the Emergency Operations Center, which will be dealing with citywide issues including logistics and capabilities. The people at the top of the chain will have access to statewide and national aid.

An important consideration for state and federal agencies will be knowing just where in your neighborhood to send critical help and supplies. That is another reason that the local (you and me), regional (professionals such as the LAFD and LAPD) and citywide responders are so important.