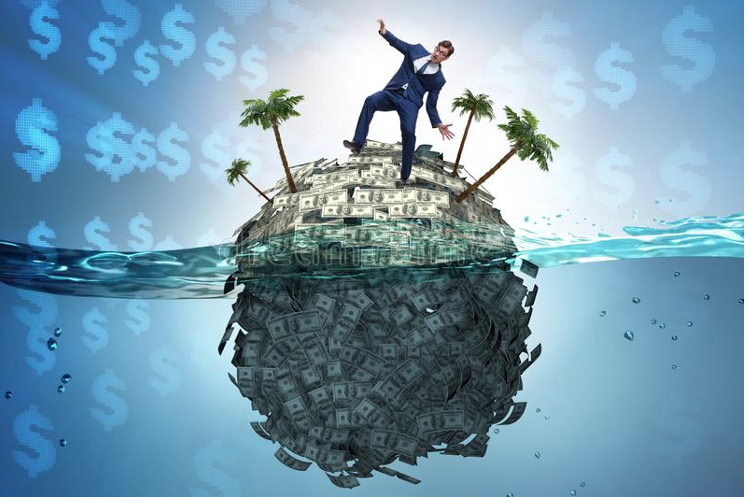 THE ONE PERCENT - The Pandora Papers leak serves as another reminder of the old saying, “time and truth are on the same side.”

The massive leak also reveals that, despite posturing and even charitable giving, greed and hubris transcend cultural, political, race, or religious boundaries.

While the papers exposed the moved assets into cyber vaults previously considered impervious. Groups of journalists throughout the world rocked the confidence of even the best-laid schemes and plans. As hundreds of the world’s wealthiest and most famous people feel the sting of this massive money management disclosure, many question the reality of financial safe havens.

Incredulously, in the wake International Consortium of Investigative Journalists (ICIJ), connecting the files to “35 current and former leaders, and more than 330 politicians and public officials in 91 countries and territories,” there remain those who bluster foolish declaratives.

“Politicians need to fix the tax system so that everyone pays their fair share,” states executive director of Tax Justice UK, Robert Palmer.

While making such a s ridiculous statement, common knowledge (and history) loudly proclaims that any tax system changes made by politicians will only enhance their personal wealth – while penalizing citizens. In their report, ICIJ just provided another 330 reasons on why that axiom holds true.  Asking politicians to fix tax loopholes is akin to asking the Louvre to display Hunter Biden’s paintings! Although beauty is indeed in the eye of the beholder, one can imagine that the “customers” of Hunter Biden’s “art” might live by the saying, “I don’t know much about art, but I know what I like” – and Hunter’s buyers appear to like access to power.

As headlines explode with the details of this data dump, Americans serve themselves better by asking penetrating questions about the nature of the wealth – and securing those assets.

People like money – and they want more of it. Acquiring wealth is a good thing – and people work hard and go to great lengths to protect that money and gain greater wealth. Protecting that wealth, however, is a full-time job and requires wisdom and diligence.

The Pandora Papers reveal that the desire to protect that wealth led hundreds to hide finances in offshore accounts and other elaborate schemes. The urge to gain more wealth may even prompt some to buy absurd paintings from the US President’s son for access to the halls of power. The Pandora Papers reveal previously hidden financial dealings of such notables as Elton John, Tony Blair, Ringo Starr, Claudia Schiffer, and Shakira. It remains unclear if the International Consortium of Investigative Journalists will turn their spotlight towards those (in American and outside the US) buying childish art from a politician’s son with the intent of influencing policy regarding taxes and wealth accumulation.

Notwithstanding the disclosure of names from Washington’s political class (yet), America clearly knows that healthy financial security and integrity conversations cannot emanate from the dysfunctional and corrupt halls of power in our nation’s capital.

While coalitions of investigative journalists target “some of” the super-rich, Joe Biden intends to unleash the IRS to target a nation. In less than a generation, too many Americans abandoned “Keep the government out of our bedrooms” and now seem content allowing the government into our wallets. The Pandora Papers invaded the privacy of hundreds of rich and powerful people, the Biden administration seeks to violate privacy for the rest of us.

In today’s digital world, secrecy for the wealthy now appears endangered. With hackers, cyber-security, and government intrusion, privacy is second only to time in value.

For those concerned about growing and securing wealth, the only safe course is to avoid clever deception in the now exposed vulnerabilities revealed in the Pandora Papers. Wise investors will instead place wealth into more secure commodities. Tangible assets remain the best path towards financial wealth – and security. Despite the US government foolishly abandoning the gold standard, gold and other precious minerals will most certainly outlast this nation – as it has outlasted countless nations throughout history.

(Jack Haney is the CEO and senior partner at Patriot Gold Group. www.patriotgoldgroup.com)