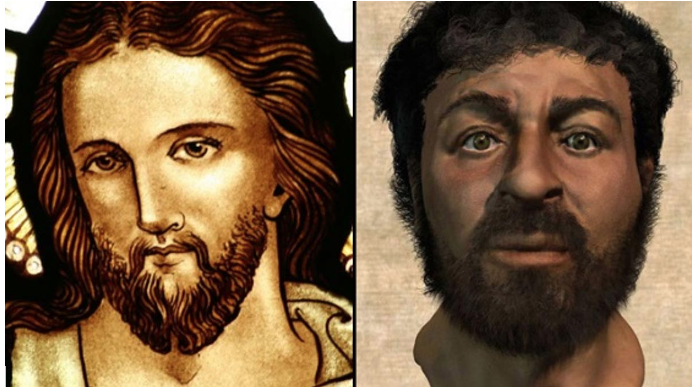 VIEW FROM HERE-As a counselor and social worker, I often collaborate with the police on emergency calls to support victims of intimate partner violence.

From this unique vantage point, I witness the police acting mainly with professionalism, courtesy, and high regard for the civil liberties of ordinary Americans. These experiences, coupled with some dramatic events from my own life, have led me to believe that there is a positive role for policing in our society.

But I also have a background in Christian theology, so I know what happens when those invested with power and authority stop questioning the morality of their actions. Jesus of Nazareth was a person of color, and he was killed by the police of his era. Any theology that speaks to the reality of race and justice in America today must come to terms with that fact. It is, according to the latest archeological science, a factual statement.

In 2001, the medical artist Richard Neave gathered a team of Israeli and British forensic anthropologists and computer programmers to develop a new image of Jesus. It is not a precise reconstruction of what Jesus himself looked like, but what they discovered is considered by many scholars to be more accurate than most artistic depictions. According to Neave's team, he was "around five feet tall, with darker skin, dark eyes, and shorter, curlier hair." Whether he was brown-skinned, black-skinned, or olive-skinned is unknown, but he was most certainly a man of color.

But was he really killed by the police of his era?

According to the canonical gospels, after the "Last Supper," Jesus and his disciples went out to Gethsemane, a garden located at the Kidron Valley's edge. When his disciples fell asleep, leaving their teacher alone with his anguish, Judas gave a kiss, as a prearranged sign to those officers who had accompanied him. They promptly apprehended their "suspect" who did not resist his arrest (although Simon Peter may have lunged at one of the guards with a knife). Deescalating the situation, Jesus responded to his captors, "Am I leading a rebellion that you have come out with swords and clubs to capture me? Every day I was with you, teaching in the temple courts, and you did not arrest me. But the Scriptures must be fulfilled." (Mark 12:43-52 in the New International Version.)

Yet it was not the Sanhedrin guards sent from Jerusalem who executed Jesus of Nazareth. That inglorious fate belongs to the Roman centurions and their superiors. The centurions were essentially an elite police force in the ancient world. According to Roman tradition, the existence of centurion rank went right back to their first armies. Among many other duties, the centurions were responsible for training legionaries and maintaining discipline among the ranks. They could also escort prisoners and punish them if commanded. On Jesus, they used one of the most sadistic weapons of torture ever devised, namely, crucifixion.

Did they even know who they were targeting? Did they care to know? Were they merely following their directives? Who was this subversive man in their eyes but a disposable religious minority? They captured him, imprisoned him, beat him, tortured him, and left him to die, gasping for his last breath, naked on a bare wooden cross. Jesus was lynched.

That is a hard pill to swallow, but the truth always is.

To speak up when we see something that is not right. And to practice civil disobedience when given an unjust order. That is what I expect from every citizen in my country, and the police are not exceptions. Civil disobedience is not an obligation of protestors only! That is one major lesson that we can take away from the arrest, detainment, and execution of Jesus. Following orders, blindly without conscience, or hiding behind the shield with a false and illegal notion of immunity, always leads to blatant acts of injustice and even outright crimes against humanity, including the targeted assassination of the world's most influential nonviolent spiritual leader.

(George Cassidy Payne is a counselor and social worker in Rochester, NY. He has philosophy and theology degrees from St. John Fisher College, Colgate Rochester Crozer School of Divinity, and the Candler School of Theology at Emory University.) Prepped for CityWatch by Linda Abrams.