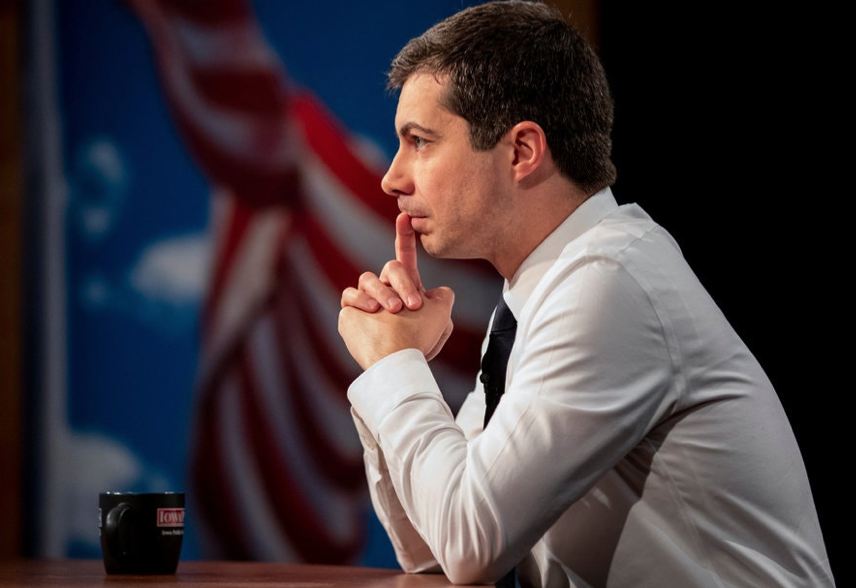 ELECTION POLITICS--Derek Thompson of The Atlantic recently wrote a piece in which he theorized about why young, progressive voters appear to loathe Pete Buttigieg. The 33-year-old journalist was puzzled as to how we haven’t gravitated to Mayor Pete on the basis of age alone:

This level of is vitriol is confusing [sic], for several reasons. Buttigieg, 37, would be the youngest elected president in American history. Nobody ought to vote for Buttigieg (or anyone, for that matter) just because they almost share a birth date. But one might think that historic youthfulness would be enough to buy him at least, say, three whole percentage points of the national youth vote.

I’d like to first call attention to the obvious. Thompson is a staff writer at a magazine with fairly large circulation. His twitter boasts an impressive 75 thousand followers, many of whom are the same “young progressives” about which he speculates (believe me, I checked). Why it did not occur to him to contact any of them and perhaps conduct an interview or two is beyond me. After all, nobody can doubt he has the resources, and certainly a journalist with his training has the know-how.

Journalistic malpractice aside, Thompson’s grammatical train wreck of an article also condescends to a large proportion of the electorate by assuming they will vote for a candidate based on age alone. Perhaps in declining to interview the subjects of his piece, he missed out on the insight speaking to them could have provided. But again, one doesn’t have to be familiar with younger voters to understand the impact they have had on our politics. Civic engagement among younger people has been rising for decades, as has the level of activism among these groups. And a quick read of Dr. Alan I. Abramowitz’s lovely book, The Disappearing Center, would certainly convince Thompson that his unlettered view of younger voters is, to put it in a language he might understand, “malarkey.”Thompson’s conclusion is almost as laughable as the article’s premise. He summarizes his arguments as such:

The South Bend, Indiana, mayor doesn’t offer any kind of New Deal, Green or otherwise. Rather, he offers one of the oldest deals in politics: generational change without class warfare.

So why is he wrong? Well, for starters, the idea that young people’s politics are predicated on revolutions and class warfare is absurd.

Sure, Sanders offers a vision of a “political revolution” — in fact, he wrote a whole book about it. But while that may sound drastic, anyone who listens to his proposals will find that much of his platform parallels the many social democracies abroad. Government-funded healthcare and higher education already exist in several countries: Germany, Canada, Australia, and Denmark, to name a few.

But even if Sanders were the universal choice of young voters (which he most certainly is not), the other progressive candidate, Elizabeth Warren, does not advocate for socialism or anything even resembling a revolution — and I do not believe that any fair-minded individual who actually reads her policies would disagree. Yes, her mantra is “big, structural change,” but anyone who has bothered to analyze her plans rather than her stump speeches knows that such a change and a revolution are not synonymous. Indeed, Warren’s Medicare for All plan, as an example, involves a transition period  from closing tax loopholes.  And despite the right’s insistence that she is an avowed socialist, Warren has unambiguously denounced these accusations:

Let me put it plainly so there is no confusion as to the point I’m trying to make here: government intervention in the economy which enforces competition is not socialism. And even avowed capitalists, like myself, can favor the transition of some market-based systems to government-provided public goods without abandoning the idea of competition in other areas. Warren is undoubtedly the candidate for people of that view. And Sanders, despite being a self-described socialist, has been a member of Congress for decades. Surely, he knows the limitations on the President, and I don’t believe neither he nor his supporters legitimately think his presidency would mean the end of capitalism.

Alright, enough throat-clearing. If the two candidates of choice for young people aren’t the class-warfare-loving Communist vegans that Thompson seems to think they are, then what about Buttigieg makes him so loathed by progressives? I offer a few evidence-based reasons below.

Imagine, for a moment, that young people actually care about policy. If that is the case (it is), one of the primary reasons for them to dislike Buttigieg is his lack of a coherent set of policy ideas.

During his rise, Buttigieg was almost proud of the fact that he wasn’t a candidate with an array of plans. Let’s not forget that his website initially did not have a section for policy proposals. When asked why that was the case, he said the following:

Buttigieg has also switched positions on policies that matter deeply to young voters. In particular, he began his campaign as an advocate for single-payer but now is famous for his “Medicare for all who want it,” an idea which amounts to an a priori compromise with Republicans. And some of his policies, from which he has notably distanced himself, are just nonsense. His proposal to reform the Supreme Court, for example, stipulated that the Supreme Court consist of 15 total judges: five Republican, five Democrat, and five “nonpartisan,” a group of people that does not exist (please see the collected works of legal scholar Jeffery Segal if you don’t believe me).

There is plenty of evidence to suggest that young people care about policy. And if that is their priority, then Buttigieg is not their man.

When asked by a young activist if he thought that removing money from politics necessitates a pledge to disavow billionaire donors, Buttigieg smugly responded “no.” He has refused to end closed-door fundraisers with big donors despite mounting criticism. And in the past, he criticized Sanders and Warren for their grassroots fundraising, dismissing their impressive efforts as “pocket change.”

This is not the language or behavior of someone truly interested in limiting the influence of money in the political process. Buttigieg can preach an anti-corruption message all he wants, but he has shown consistently that he is not interested in actually acting on it.

Below is a tweet from Vox healthcare policy reporter Sarah Kliff, in which she solicits advice from the general public on the best way to avoid unexpected costs at the hospital:

Kliff is a brilliant mind whose specialty is U.S. healthcare policy. She runs the newsletter Voxcare and frequently appears on The Weeds to discuss policy matters. Yet even she has trouble, at times, navigating our complex healthcare system.

Perhaps that’s why people were outraged when Buttigieg said the following:

“Instead of just assuming that sitting here in Washington we’re going to know what the right plan is for everybody. . .we’re going to let people figure it out for themselves. . .I trust you to figure out your own health care, especially when we create these options.”

There is no shortage of evidence to support the notion that the US healthcare system is complex by design (see Saving Capitalism by Robert Reich and An American Sickness by Elisabeth Rosenthal, or basically any of the academic literature on the subject). The outcome is that companies trying to maximize profits can bury customers in red tape and paperwork, piling hurdles onto the sick as a means of extracting a few additional marginal dollars. It is gross, it is disgusting, and it is detestable that a Democratic presidential candidate can view that as an appropriate comment to make.

Maybe that’s why young people don’t like Buttigieg. But I leave it to the reader to decide whether I or Mr. Thompson made a more convincing case.

I’m not holding my breath.