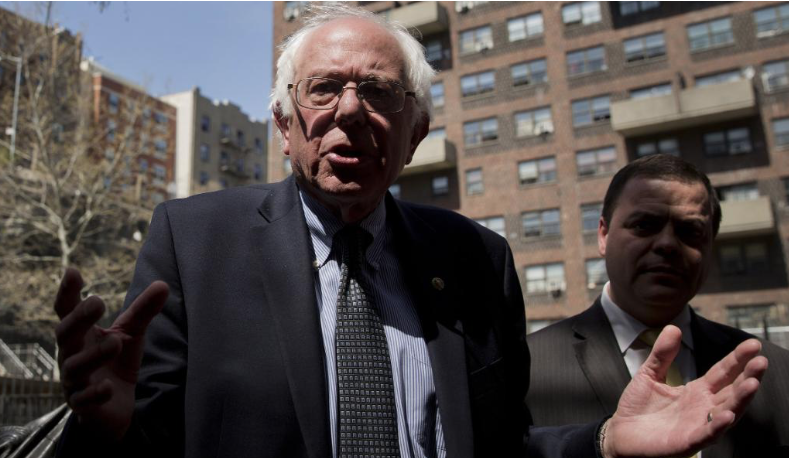 FIRST PERSON-I was born and raised in a three-and-a-half room apartment in Brooklyn. My father was a paint salesman who worked hard his entire life, but never made much money.

This was not a life of desperate poverty -- but coming from a lower middle-class family, I will never forget how money, or really lack of money, was always a point of stress in our home.

My mother's dream was that someday our family would move out of that apartment to a home of our own. She died young, and her dream was never fulfilled. But during her life, at least our family was always able to afford a roof over our heads, because we were living in a rent-controlled building. That most minimal form of economic security was crucial for our family.

Today, that same ability to obtain affordable housing is now denied to millions of Americans. In the United States, more than 11 million renter families pay more than half of their limited incomes on housing and utilities. Even worse, on any given night, there are more than half a million Americans who are homeless.

Though this is the wealthiest country in human history, wages have stagnated at the same time many locales offer almost no affordable housing. Make no mistake about it: this crisis is enriching Wall Street investors and real estate speculators -- and making it impossible for many families to survive.

Data from Harvard University's Joint Center for Housing Studies tells the story. Since the 1960s, when I lived in that rent-controlled apartment, the median renter's income has increased by just 5%, while the median rent payment has skyrocketed 61%. It is a similar story with homeowners, whose incomes rose 50% at a time when home prices increased 112%.

Nevada is emblematic of the larger trend. A decade ago, the state was at the center of a mortgage crisis that saw thousands of Americans thrown out of their homes and big banks bailed out by the government. Fast forward 10 years, and the same financial industry that created this crisis is now demanding weaker mortgage rules -- and Nevada is now in the middle of an affordable housing emergency.

Today, on average, there are only 19 affordable rental units for every 100 low-income Nevadans. At one point last year, according to the New York Times, only 39 out of 1,800 rental units in Clark County were accepting low-income housing vouchers. Meanwhile, by last year, home prices in places like North Las Vegas had more than doubled since the housing crisis 10 years ago, and in recent years, southern Nevada has had among the highest homeless rates in the nation.

These trends are now commonplace throughout the country. In response to this crisis, President Donald Trump has channeled his own life experience as the scion of a family that gave him millions of dollars to build luxury skyscrapers, casinos and country clubs -- and whose political connections secured him special tax breaks and subsidies. As President, he has used the White House to represent the interests of his fellow real estate moguls.

He has proposed an 18% cut to federal housing programs. He has pushed to dramatically raise rents on low-income Americans who receive housing assistance. He has proposed to eliminate the National Housing Trust Fund, which funds affordable housing and was based on legislation I spearheaded in Congress. And he has signed tax legislation that enriches real estate investors and encourages gentrification, rather than needed investment in affordable housing.

As one of the first members of Congress to introduce legislation to establish the National Affordable Housing Trust Fund, I believe we must substantially expand this program to build the 7.4 million units of housing that lower-income people, senior citizens and people with disabilities desperately need. We must also invest far more resources into maintaining and expanding our public housing stock.

In the wealthiest country in the history of the world, we must end homelessness in America by doubling funding for HUD's McKinney-Vento homelessness assistance grants and providing critical outreach services.

We need to substantially increase grants for cities and towns that wish to create community land trust housing. This anti-gentrification tool -- which was first pioneered in Burlington, Vermont, when I was mayor -- allows low- and middle-income buyers to purchase homes at affordable, below-market prices on community-owned land.

We should also support communities' rent control ordinances and their mandates that developers include affordable housing in their new projects. And we must aggressively defend and promote the legal protections of fair housing, so that we are making sure no one is denied housing based on race, color, national origin, religion, gender or disability.

(Senator Bernie Sanders of Vermont is a 2020 Presidential candidate. This piece appeared on CNN.com.) Photo: CNN. Prepped for CityWatch by Linda Abrams.